The Journey: A Political Memoir - Posting No. 9

Scene Of The Crime: The Labour Party met for its annual conference in the Christchurch Town Hall in August 1985. It was there that the internal party debate over GST would be won or lost. When all the cards and ballot papers had been counted it was clear that while a majority of the party wasn't yet willing to vote with the Left - it was willing to vote for them.

WE HAVE BEEN SUMMONED. Mike Hanifin and I join Rob Campbell, Peter Willis, Jack Cunningham and the other delegates from unions affiliated to the Distribution Workers Federation in a tiny, smoke-filled, chamber deep in the heart of the Christchurch Town Hall. A deal is about to be done.

Campbell and Rex Jones, Secretary of the Engineers Union, have a proposition to put to us concerning Remit 56. It is our own remit, the Sunday Morning Club's. I remember distinctly writing the words that morning back in Adams House:

That this Conference register its strong objections to the present arbitrary nature of economic policy formation and calls for a return to the principle of the widest possible consultation and discussion within the NZLP prior to the formulation and implementation of economic policy.

“We simply don’t have the numbers out there,” Campbell says flatly, “we won’t win.” His argument is brutally simple. If you can’t win a vote, the best you can hope for is not to be seen to lose. “Rex and I will run the arguments on an amended version of Remit 56. Remit 62A will be lost.”

Remit 62A states simply: “That the proposed Goods & Services Tax not be implemented.”

Mike and I emerge from the close atmosphere of the chamber and into the wide foyer that circles the auditorium. John Stewart, former Values Party worker and now one of the Labour Party Conference organisers, waylays us. Looking us up and down with a shrewd eye, he laughs: “You two look like you could use a drink!” In no time we are seated in a room behind the stage. Faintly, the PA system can be heard relaying the earnest speeches of the delegates. 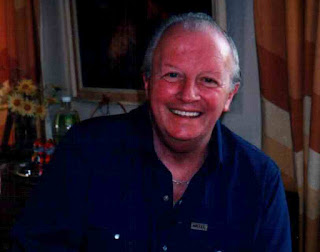 “What did you make of Margaret’s speech?” Someone asks. “I wasn’t sure what she meant by all those references to Right Wing Fundamentalists,” says another. “I mean who are they? Where are they?”

“That’s easy,” Stewart begins to laugh in a high-pitched, wheezing sort of way. “They’re all in the Cabinet!”

I AM FEELING SULLIED. The night before, in the house bar of Lattimer Lodge, I dutifully relayed Campbell’s diagnosis of the conference to the Otago delegation. Our remit, like all remits to Labour Party conferences, could only have raised a brief ripple in the seamless surface of the Government’s complacency. Nevertheless, it was one of those initiatives that Wilson, Douglas and Caygill had been unable to turn back at the regional conference, and we were proud of it. Now I was telling them that the union bosses were planning to amend it. Worse still, I was imparting the bleak news that the affiliates would not be backing Remit 62A. Their eyes spoke of bitterness and disillusionment. Silently, they turned away.

I tried to reassure myself with the thought that Campbell and Jones were experienced politicians, much more accomplished than I was a reading the mood of Labour Party conferences. After all, wasn’t politics the art of the possible? Campbell and Jones were forceful speakers: in moving and seconding the amendment they would put the Government on notice that the trade unions would accept no more deviations like GST. 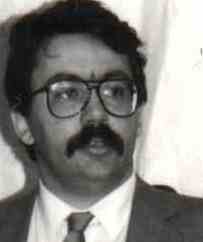 Campbell moves to the microphone. In stunned disbelief I hear him read out the amendment. Our cry of protest has been smothered in the bland platitudes of the union politician:

That Conference acknowledges the serious economic position facing the country after nine years of mismanagement and the desire in the community for economic reform, but also notes the real financial and other pressures facing many in the community and calls on the Government:   a) to monitor the impact of policy to ensure that living standards suffer no further decline and that improvements, particularly for low income families, occur promptly.  b) that this monitoring by Government take place in close consultation with the party, the unions and other electoral interests.

Campbell’s speech to the amendment is short and perfunctory. Rex Jones is nowhere to be seen. The amendment is carried. Wilson moves on briskly to Remit 57.

Furious, I lurch from my seat, elbowing my way past the delegates in the aisles, I confront Campbell:

“Where was Jones!” I hiss across the heads of the startled people seated at Campbell’s table. Campbell grins broadly, turning his palms and shrugging in a gesture of sublime indifference: “I’ve no idea.” Struggling to find I reply, I stare back at him in impotent rage. No words come. I have been used, and now my usefulness is over. Campbell resumes his conversation with the delegate to his right.

The opponents of GST are testing the mood of Conference. Remit 57 calls for a “planned, self-sufficient, socialist economy”. The Government’s speakers are having a field day: One by one they line up to lecture the conference on the global economy and the idiocy of “cloth cap socialism”. The question is put to the Conference. The socialists are defeated on a card vote: 323 For: 573 Against.

Remit 62A, opposing GST, is lost on the voices.

THE LABOUR PARTY is a quirky beast. Having endorsed the Goods & Services Tax, the conference goes on to elect a left-wing Policy Council. Jim Anderton tops the poll with a staggering 611 votes. Time and time again I will see this behaviour repeated by the delegates to party conferences. While unwilling to openly challenge their government by voting down key policy decisions, they will skilfully utilise the party’s electoral process to register their protest at the parliamentary wing’s conduct. The message from the ordinary branch membership is clear: “We won’t vote with the Left, but we will vote for them.”

The Saturday night celebration at Jim Anderton’s place is a crowded and noisy affair. The Left are there in strength; buoyed up by the results of the party elections and trying desperately to put a brave face on the Government’s victory over GST.

“Well, Rob, what happened to the great economic debate?” I was still smarting from the Campbell/Jones finesse of the afternoon.

Campbell pauses in mid-sip from his bottle of Steinlager: “It’s alright, Mate,” he grins, “we got out with our arses intact – that’s the main thing.”

With our arses intact! Soon the whole room is falling about with laughter as the Great One’s words are twisted into ever more obscene combinations. Francesca is acidic: “What was wrong with his arse in the first place!” She hisses, and returns to her argument with Pat Kelly.

The party warms up. Kelly sings When The Red Red Robin Goes Bob, Bob Bobbin’ Along. I follow with a re-worked version of Don Franks’s Hold Down The Wages, and my own We’re All Working For A Labour Victory:

We all used to think that the workers
Would follow our clarion call
But we’ve given up the revolution
To go canvassing door-to-door.

Not to be outdone, Jim Anderton picks up a guitar and, in a surprisingly fine baritone, gives us a West Auckland version of the talking-blues:

Oh if you get to heaven
Before I do,
Just cut a hole
And pull me through.

“If you’re going to pull David through,” Pat Kelly whispers impishly, “it’ll have to be a very big hole!”

This posting is exclusive to the Bowalley Road blogsite.
Posted by Chris Trotter at 10:23