More Than A Maori Problem 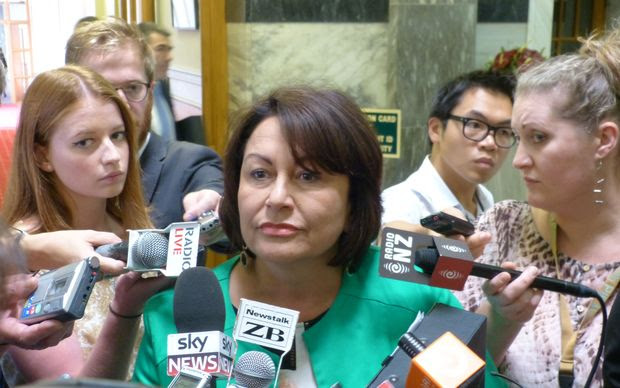 Without making any judgements on the correctness of your article, I must say I can't wait to see the comments that pop up.:-).

Chris - I agree there is reluctance to look at some maori management affairs but its about time the media showed some guts and reported in an honest way.

For some reason there exists in maori culture a belief that those in charge 'can do what they like and that no one is allowed to question them' - and that 'no one' includes maori as well as everyone else.

It seems that its a carry over from stoneage times when those in charge did exactly what they liked without fear of being held liable for that action - except by a bigger stronger tribe who wont so much as question them - but execute them - and then they will take what they like. And so on..

Fortunately societies rules have somewhat made life a little less volatile and even the famous treaty insists that these rules should be followed and thus these arrogant thieves need to be held to account by all branches of the media.

And what the traditional media need to remember is that if they dont do so - their position of be 'reliable news' will be replaced by the bloggs.

"A generation of Maori had thought it wiser for their offspring to immerse themselves in and acquire the skills of the dominant Pakeha culture. Mastering English and learning how to operate and succeed in Pakeha institutions.......was central to the survival strategy of those Maori who migrated from rural Aotearoa to urban New Zealand......."


Glad someone's finally pointed this out. Getting a little sick of the mythology whereby unwilling Maori were brutally forced to write/speak English by a wicked Pakeha state. The fact is: more than one generation of Maori parents did, indeed, embrace the idea of assimilation.

Yes, perhaps Gramscian notions of cultural hegemony are pertinent here too, but let's establish once and for all that Maori parents were not unwilling participants in assimilation.

It's interesting how history gets re-written to legitimise present-day policies and interests and how (speaking as a paid-up member of the Liberal-Left) a certain section of the middle-class (let's, for convenience sake, call them 'Affluent Pakeha Liberal Luvvies') uncritically embrace this revisionism - given that it's apparently 'all in a good cause'.

And when one reads Michael King deriding post-war attempts by various New Zealand governments to "destroy" all vestiges of Maori culture - let's remember the Fraser Government's nurturing of:
- Maori cultural groups in the main cities
-The Maori Women's Welfare League
and even
- Maori language courses

(My (Pakeha) mother, for instance, learnt Te Reo at a night-course in Wellington in 1948. Not something you'll learn in recent Boomer-penned history books).

Chris, you have, as I'm sure you are aware, marched in where angels fear to tread.
Would you mind expanding a little on your last sentence - I, anyway, would find a little clarification helpful. If you describe pakeha as indifferent, what do you see as a preferable mode of action. keeping in mind the substantial degree of pakeha ignorance of te ao Maori?

"For some reason there exists in maori culture a belief that those in charge 'can do what they like and that no one is allowed to question them' - and that 'no one' includes maori as well as everyone else."

Complete and utter simplification if not outright fabrication. In general, Maori leaders have to front up to the people every so often and be questioned – by anyone and everyone. THIS is the inheritance from the "Stone Age". The idea that leaders are not accountable I fear is probably inherited from Pakeha. Our leaders seem remarkably UN-accountable, except for the press and the blogs.

You see what I mean Chris? Am I taking too much pleasure in picking the ignorant apart?

"A generation of Maori had thought it wiser for their offspring to immerse themselves in and acquire the skills of the dominant Pakeha culture."

Again, an oversimplification. Which assumes that all Maori thought alike, which is one of the typical tropes trotted out on occasions like this. SOME Maori leaders supported assimilation, some didn't. Tuhoi for instance. You can't necessarily blame them either in that it's typical late 19th and early 20th century thinking. Whereas of course now we know that people who are fluent in their own language and comfortable in their own culture can learn English and Pakeha culture much better.
Got I'm enjoying this!