“Jobs. Jobs. Jobs.” Reflecting On Labour Priorities: Past and Present. 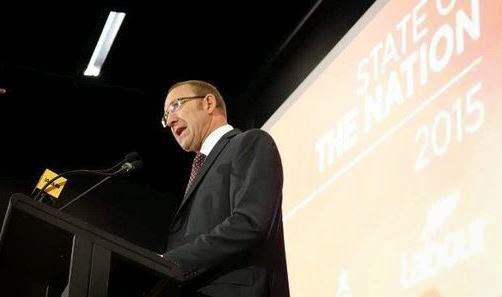 Oh, that the people listen and understand and my grandchildren have a decent and respectful society to grow up in!

Last quarter the unemployment rate in New Zealand stood at 5.4%, with the OECD average at 7.31%. There were only a handful of nations who are performing better in terms of providing employment for their citizens, most are worse.

I’m happy for Andrew Little to make job creation his priority, even though we appear to be doing very well, we can always do better. If he is to be successful, he will need to start thinking like an employer, after all, they are the ones who create jobs.

This would mean further liberalization of employment laws to ensure that employers are not punished for taking on ‘higher risk’ employees, or for dismissing those who are abusive, lazy or dishonest without risking fines and penalties from the ERA.

If we accept the conventional wisdom that there is probably around 2% of the unemployed that are unemployable because of substance abuse or anti-social attitudes and behaviour, or who simply don’t want to work, then the ‘opportunity’ is around the remaining 3% who would like work, but who are unable to obtain it.

Speaking as a former employer, most of this 3% will likely fit into a group that employers choose not to employ, even though they have vacancies in their business. Lack of education, poor presentation, indifferent employment history, will signal to an employer that the pain of being short staffed, is less than the pain of employing this person.

This is Andrew’s challenge. I’m not confident that this problem has a political solution, let alone one that Labour activists would find acceptable.

The statement Chris about 30 years is an incredibly indictment regarding New Zealand, successive right wing styled governments and the Labour Party itself.

The on-going problem with the Labour Party is that its values seem to be at the whim of the leader or those standing behind the throne... et al Roger D.

Chris I put in an offering around late morning yesterday...

I'm wondering if it went there, or to Pluto?

Brendan's response demonstrates how important philosophy is in constructing economic policy. Brendan's world view places the freedom of employers as the key ingredient for the realisation of a prosperous nation. The freedom alluded to consistently involves reducing wages and conditions for any number of justifications.

It’s really demand that creates employment conditions... without it, no employer ever creates jobs. As the majority of New Zealanders are salary and wage earners, eroding pay rates can never result in general prosperity. It should also be blatantly obvious that reducing salaries and wages affects purchasing power and guarantees a reduction in the demand for the goods and services that small business is so dependent on.

As long as ordinary New Zealanders are struggling to meet the basic costs of living small business will always struggle. The irony is that reducing wages hurts small business, and the prosperity of the nation, more than it aids it.

The challenge for Andrew Little is not to think like an "employer" or a banker or shareholder. The challenge is to ensure that working New Zealanders retain protection from the self-interest motivations of those who have little concern for the wellbeing of others.

Not sure if your comment made it through, Alan. If you signed it, I can't find it. Try again by all means.

I wish Little all the best.

There you go Brendan. Actual evidence from actual scientists showing that kids need money more than married parents :-). I'm sorry if this – well no I'm not – conflicts with your comforting beliefs.

Labour started the globalisation of immigration:
"It was a deliberate strategy, based on a premise that the
“infusion of new elements to New Zealand life has been of immense value to the development of this country to date and will, as a result of this
Government’s review of immigration policy, become even more important in
the future” (Burke 1986:330)"

I heard Bernard Hickey say that there is some evidence of a downward pressure on wages "at least at the lower end" (due to immigration). Labour can't have it's feet in both camps.

Chris, I enjoy the philosophical arguments and the vision of what life should be like in NZ but how about some nitty gritty; what do you propose? What policy, law or enforced practise do you think will achieve those visions?

When the Labour government of '84 was in full barking stampede after Roger Rabbit, the baying, howling and croaking was all about rapid dismantling, selling off, making redundant and user paying while all the while the dupes who had voted these betrayers in were exhorted to set themselves up in small businesess, i.e. lawn mowing, picture framing, eyelash tinting, muffin baking and windscreen washing.
Nothing has changed. Andrew Little's State of the Nation Speech mentions small business fourteen times. Wealth and wealth creation are mentioned ten times, the environment and housing 'affordability' each get one mention in passing.
We once had good garment, shoe, manchester, appliance and whiteware industries but there was always a large segment of the population who were self employed. My father, a floating voter, and un-businesslike but good sign maker, signwriter and gilder used to say that no political party had any interest whatsoever in the self employed or small business person. This hasn't changed. In stating that encouraging people to start small businessess is 'central to growth and job creation,' Andrew Little now betrays himself as yet another cross bred political fox padding after the ghost of Roger Rabbit.
No mention of the massive real estate sell out to China, Not a hint of the dissatisfaction with the results of years of neo liberal cant and practice or the Janus face of globalisation as expressed well enough recently by best- seller economist Thomas Piketty or Belgian professor of psychology Paul Verhaage.
After last year's political snake pit with every entrenched political mongrel and the yelping media joining forces to massacre and bury Mana Internet, it's back to business as usual especially, apparently, 'small business.' Would anyone like to buy a NZ hand made Raggedy-Anne dolly for their impoverished kiddy? I thought not.

Gnossienne...does that Raggedy Anne doll come with an app?

Yes Pat, Raggedy Anne comes with a special app for bouncing credits and debits about like rag dolls with a cool sound track of hyena shrieking.