Free Education: About What, And For Whom? 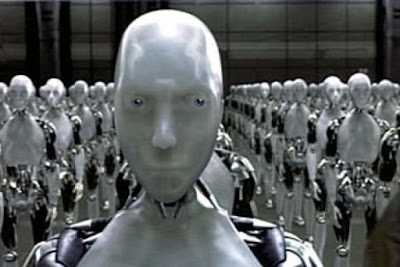 I can't remember the time when a government regarded education as a public good rather than a private benefit. What they want is a Rolls-Royce education system on a Vespa budget. They bring in systems that encourage institutions to game the system, and then get shitty when they do. Incidentally, where's the Minister of education in the cabinet rankings these days? I remember someone saying once that it was a long time since they been in the top three?

So that's why they make a woman Minister of Education is it? And give them the unpopular social Welfare? I've just been thinking how to describe the average man's interests today - money, machines and materialism. If that is largely true then the spiritual side of life that makes humans what they are, is bound to become diminished to intelligent machines, if it produces more money.

Those humans who perversely want to remain true to their wonderful potential may need to set up communities that attempt to stop the home invasion, not of crazed, hedonistic humans in person but the ideas and zeitgeist of those people expressed on television, films, home games, and gambling games etc. Otherwise the brutes who smile (slime) their way to the top of whatever, will continue to use those under as fodder for their own particular colosseum.

I find people in some communities limited and humourless, and hope there will be wide possibilities not just one way or t'other. Enlightened communities have already risen where people respect and co-operate with each other without becoming pious, incurious, narrow and conformist.

Your article raise's question which Nations are wrestling with,
My humble opinion that many Nations are practicing the Keynesian principle of creating a demand on their economy to cause or increase employment in a particular sector of their economy. ie,
The bombing and military build ups in Syria are costing countless millions on the participating countries economies but to counter that it is also creating employment and causing growth in that countries economy.
I do not have any answers but I believe that the world needs to adopt a one child per couple policy and to start the one child policy on all the immigrant and refugee families flooding the individual countries of the world.
Britain and much of Europe are paying for non-productive people to be provided with homes and welfare services so that they may have many children at the taxpayers expense.
Labours free tertiary is an exercise in polling and in the event that it ever happens will benefit non NZs than NZs, Migrant and Refugee leaders will make sure that it becomes a policy and cause to the people they represent.
Because the future is uncertain it is also dangerous and we need to protect our culture and our country.
We need to wake up from our stupor.