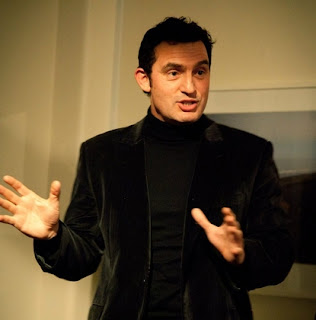 I presume this has become news because friendly informal advice from Little to Nash isn't an option. Could one draw a general principle from this; that collegial relations between Labour centrists & Labour leftists are impossible?

If so, two separate parties would be in the best interests of both groups - but I suppose they would rather fight over the Labour brand first, in the mistaken belief that it represents something.

Sad to see that freedom of speech & association is no longer possible on the political left. Stalin's long shadow, eh?

I'd be interested to see your take on whether this schism replicates the one you participated in, with Anderton et al, that resulted in the formation of the New Labour Party...

left v's right still doesn't tell us what's in it (the New Zealand Labour Party that is). I've shaken the contents but I still can't see anything on the label?

people like me will be assuming the leopard doesn't change it's spots.

It stinks the way TV and radio stack their guests. Josie Pagani is an open border advocate (as is Bryce Edwards).

I would have thought that engaging the Right (of Labour, National or whoever) in debate is simple. The Labour Party has a statement of principles that declares what it stands for; these principles are the basis of membership, alignment and policy. If the Right of Labour go outside of these demand they adhere or go. Its as simple as asking, "Do you accept the principles of the Labour Party?"

Your last paragraph sums it all up for me, Little and Co pretend to be 'left' but the reality is that they are National Lite.
Labours (Littles) policy on the TPPA is proof, " we are against the TPPA but if elected to government we will stay in the TPPA" another way of expressing that policy is to say "we are Labour now but if we become government we will revert to being National".
McCarten is the shill.

Littles Labour is playing games and the support money that they would normally get at this stage of the election process (according to MSM reports) is not forthcoming, they should ask themselves why!.

God help us, I thought it was just the extreme left that tore itself apart on a regular basis. Much though I dislike Helen Clark, now that she's not going to be Secretary-General of the UN, perhaps it's time to ask her back.

Lets be fair here Chris. David Shearer undermined his own leadership everytime he opened his mouth and mumblefucked his way through interviews.

Dennis Frank
You seem to model yourself on the little boy in Brussels with your derisive attitude to NZ Left. Trying to change the hegemony of the Labour Party is a serious matter. When New Labour started, it was because it rejected Douglas et al at the start of their 'acid rain'. Now with a disillusioned, bemused electorate the style and content of Labour's discourse must be carefully considered and television exposure must be managed as is National's.

It would be great to have a government with Anderton's vision:
Economically, the party was left of centre, and placed particular attention on economic development. It had particular focus on the creation of jobs, and said it was committed to achieving full employment.

Among its other policy objectives were free education and free healthcare, four weeks of annual leave from work, an "anti-drugs" policy, and cutting the corporate tax rate to 30%. It also advocated an abolition of the Goods and Services Tax in favour of a broad based financial transactions tax, and monetary policy reform. Its campaign slogan was "Get things done"
https://en.wikipedia.org/wiki/NewLabour_Party_%28New_Zealand%29

To achieve most of that requires work and careful planning. So idle criticisms and snubs from you will slide off the backs of the stalwart
Left that still remain true to such principles and plans.

Hi Chris
Who is the left of the labour party? Is there anyone in the labour party who clearly opposes the neoliberal settlement as you do? I wish they would clearly say so.
My impression without going on what is in the regular media is that no-one in there has a clear understanding of any rebuttal of TINA. I would love to know who it is that disproves this view.
Cheers David J S

Andrew Little's Labour Party does occupy the centre. The centre of Labour movement, which is exactly where it needs to be.

Andrew Little has brought the party as far to the left as the mainstream of politics can take.

-We have the mainstream media putting out stories about inequality, increasing public transport spending, austerity and the necessity of state expenditure in housing.

-We have national party supporters on 80k salaries whose children will not be able to afford to buy a house... and are mulling over whether to vote Labour.

Only a fucking idiot would destabilise that equilibrium.

Labour needs to do what traditionally works in New Zealand politics - sell radically interventionist social democracy as blokey common sense. That is what Andy has been doing.

And fuck, if I could vote for him twice, I damn well would. (You can actually haha)

Dunno what "the little boy in Brussels" is meant to refer to. I did approve Anderton's stand at the time & thought the NLP a timely initiative. Unfortunately he misread both the zeitgeist & the electorate. His `back to the future' stance revealed his tacit belief that old Labour could be recycled as new.

Such self-deception - and it was compounded by making genuine progressive folk feel that he was insulting their intelligence. So I admired his integrity while being astonished at his lack of political nous.

I don't have any objection to that policy mix you cited, greywarbler (except for the anti-drugs bit) and as an activist in the Green Party at the time I encouraged the consensus process that produced the Alliance, and endorsed a financial transactions tax as an essential ccomponent of any credible government.

My critique of leftists in general and Labour in particular is intended to alert everyone to the factors causing the left to sabotage and handicap itself. I've been on this path 45 years, yet they keep making the same mistakes ad nauseum - closed minds are a terrible affliction. Aotearoa needs the left to make a constructive political contribution.

You suggest that Little's party needs to confront its critics 'head on' but have already pointed out that as they are largely operating from outside the party "(they) having allowed their membership of the Labour Party to lapse, are in no way subject to its discipline."

Surely what happened in the case of Leggett & Nash was a case of such a confrontation? Or am I missing something?

What else should be done to handle the incessant & calculated public assault from the b.a.u proponents of the right?

Frank's invocation of Stalinism though Godwin-like in its certainty is plainly fatuous.

Yes, it is reasonable to believe that Labour has a better chance of winning if competing for votes from the uncommitted centrist majority rather than the ideological Left.
In view of that, it might be useful to be reminded, that beside the shifting "one bob each way", or "sitting on the fence" center between 2 competing parties, on the traditional political spectrum between royalty based plutocratic monopoly capitalism on the extreme Right and Socialist (govt.) monopoly based capitalism on the extreme Left -

is not the natural middle point on this property ownership patterns based political spectrum clearly defined by at least a minimally meaningful level of individual capital (wealth) ownership by all ?

With this centrist goal as the leading election issue, there would be no need to waste time and energy to "fight" or denigrate anyone, and plenty of opportunity to inform, explain and debate on the advantages and benefits of participation in constructive centrist capitalism by all.