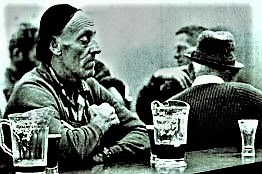 FROM THE SAME box of old papers I wrote about last week comes another set of lyrics. This time for The Void – a song composed in 1974 when I was 18.

Strangely, since I hadn’t attended a service since my early teens, I have a vivid memory of singing The Void to the Minister of our local Presbyterian church in Trentham, Upper Hutt, who had dropped by to sort out the Sunday hymns with my mother, the church organist. He was interested to know what I was trying to say in the song. “It’s my vision of the future”, I told him. “It’s about the loss of the things that really matter to New Zealanders: their quarter-acre sections, their family homes, their faith in the future.”

He frowned. “That’s a pretty bleak vision. Can you tell me why everyone in the song drinks to the unemployed? Why are they so glad to see them?”

My answer reflected the dark predictions contained in Socialist Action – the Trotskyist newspaper I purchased regularly from the young comrades positioned outside Wellington Railway Station. As the Keynesian golden weather turned dark and stormy, mass unemployment was seen as the harbinger of Capitalism’s doom. In drinking to the unemployed, the characters in the song are, subconsciously, drinking to ‘The Revolution’.

Not that I explained it to the puzzled clergyman in quite those terms. Even so, he gave me a long level look – and shuddered.


The Void.
As the shadows trickled down,
The dusty gutters of the town,
I found a bar, some DB Brown,
Raised my glass
And looked around.
I saw the scholar and his book.
Caught his very worried look.
He took the bait from his master’s hook,
And now he understands
That he’s caught.

He cried: “Here’s to living in the Void!
“Here’s to dwelling multi-storied!
“Here’s to all you unemployed!
I’m overjoyed
To see you here.

I saw the woman fully grown,
Sitting there all on her own,
Tired of living like a drone,
She wore her boredom
Like a precious stone.

She cried: “Here’s to living in the Void!
“Here’s to dwelling multi-storied!
“Here’s to all you unemployed!
I’m overjoyed
To see you here.

I saw the children at their play
Tell the Sun to go away.
“We much prefer the night today!”
That’s what I heard
The future say.

And I cried: “Here’s to living in the Void!
“Here’s to dwelling multi-storied!
“Here’s to all you unemployed!
I’m overjoyed
To see you here.

As Satan's emissary to the North Island of New Zealand, I have to say the world is a better place because you did not become a song writer. Thankfully you became a political commentator.

Anonymous 18.21
Wot are you saying? That Chris Trotter is a Devil's Advocate? Wot then are you advocating
for or just a mischievous devil or fallen angel laughing at the antics of the lost going round in circles looking for something to hold onto. Like the ill in hospital in The Day of the Triffids, they looked at an explosion in the night sky, most went blind, also worldwide, and that was the end of that civilisation - poof overnight. Those with sight had to find each other, group, protect themselves from slavery to groups of violent male blind men. But also from those with vision who were setting up a new society under authoritarianism, sort of Pol Pot style. You can't sum that up under a cheery or cheeky brief comment from someone of little, or large consequence.