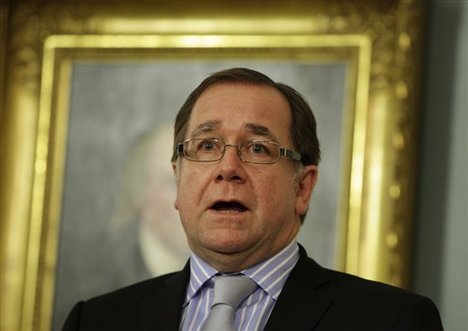 The shivers ran down my spine as I read this Chris. Absolutely spot on! The destruction of Labour's excellent identity shaping foreign policy over the years is being steadily shredded. Will give this slimeball of a minister an earfull next time I see him at the local famers market. At least it'll make me feel better .

Christopher, I think you are very unfair in comparing Paula Bennett with Rob Muldoon.

After all, it was he who grew up during the Great Depression and saw hardship beyond the scope of what Paula Bennett would hope to have experienced, what with her award wages and penal rates, not to mention the housing corp mortage she got at 19....

Beneath that nasty exterior, there was a deep sense of empathy for the poor and underpriviliged, and we see that in his efforts to maintain the social infrastructure at all costs, inspite of pressures inside and out.

There is no doubt that he would go after unionists, gays, Maoris, 'hippies', 'commies' and the like, but the little people, the solo mothers slogging their guts out, he left well alone. He would never have stooped to Paula Bennetts level. If she was Muldoons cabinet, she would have been out on her ear.

Hmmm, Millsy. Not so sure you're entirely right about old RDM. Certainly, he kept faith with the "little people" - the Petit Bourgeoisie - as all good right-wing populists must, but just cast your mind back to the behaviour of his first Social Welfare Minister, Bert walker, with his lovers-under-the-bed obsessions, and his determination to keep a close watch on the way solo mums spent their benefits, and I think you'll agree that Paula Bennett wouldn't feel that out of place in a Muldoon Cabinet.

In the word of a famous rugby coach, Mr Trotter, "Just look at the bloody record".

True the likes of Merv Wellington, Bert Walker, and Frank Gill, are the spritual antecendants of Laws, Rankin, Tamahere, Slater and Farrar, but looking back, their bark was worse than their bite. RDM certainly had the mandate to slash the DPB and the welfare state to the low levels that his successors of 1991. And in some ways, the electorate was way more intolerant and bigoted in 1977 than it was in 2009 (that, really is saying something). But the welfare state was more or less intact when Muldoon left office in the dark winter of 1984, save for some tinkering round the edges, as all parties natually do. And also, it was Muldoon himself that opposed the benefit cuts of 1991. Though he chose to abstain rather than cross the floor to vote with his Labour enemies (It is worth mentioning that the benefit cuts are the reason why Michael Laws left the National party - not that he is going to bring that up in a hurry :-))..

Where Muldoon, Walker and co differ, from Bennett, is that this buxom westie is prepared to carry out actions to back up up her words. In the words of Sarah Palin, the heels are on and the gloves are off. Whereas Muldoon and co were just literally grumpy old men.

I know who I would rather have...