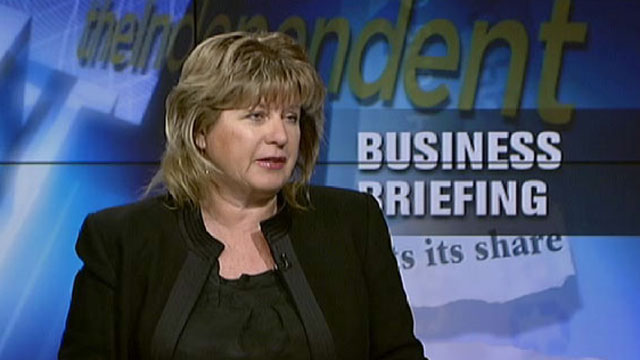 It comes down to truth.

Truth is in one's living, not the in-personal imposing.
Truth is peace.

Politics and particularly positions of influence within politics of any kind, creates layer upon layer of blocks for the individual to their births right of knowing truth. As one deceives others, so one is deceived is a eternal truth, & the collectivisms required for a successful political life (left or right) only ever hardens one into those realms of the material's un-winnable transient turmoils rather than it's eternal concords.

When the political animal is removed from the material distribution systems, the political battleground will still call & find a new sphere, but it will be a new one of additional understanding for development just as this one was from the previous different reality, paving the way for greater truths.

The factioned masonic orders have indeed kept a kind of peace (although a very messy & clumsy one) from their factioned planet engulfing World War Two of still relatively recent recall, but the next age of truth is not destined to be of such political forms, trying as they are to 'evolve' theirs.

A pessemistic analysis with the ring of truth, Chris.

The comments on todays youth is particularly acute. Has the New Right prepared the ground for a massively stratified society, of leisured Eloi ruling over subjugated Morlocks?

Or will all these young narcissists get the shock of their lives in the next decade or two, as they struggle to stay alive in a post-oil, post-supermarket, post-jobs, post-American Idol reality?

Fair enough to grieve for a bit Chris at the demise of ‘your’ publication, but unless you intend to retire it is no time for defeatism. Yes NZ is brimming with connected, gadget toting self obsessed people on under $50,000 grand a year, negative equity property etc. what winners...

The neo libs are ahead on the ideological contest, the perceptual, subjective factor, while continuing to fail miserably (and measurably) at objectively improving lives or reducing inequality for the majority. They have FAILED globally, as the awful UN statistics present. As always opression does not necessarily give rise to mass organisation, but there is certainly a lot more global activity with 10 international union federations such as the Geneva based IUF doing great work with millions of workers.

The neo libs have not won yet, another finance capital wobble, peak oil, the BRIC working class getting organised, all signal history is nowhere near it’s end.

Idiot Savant does not like your column but for me I can see not a great deal wrong. I agree the Independent was actually a very important paper and the right wing cabal still rule although I (predictably perhaps) think Helen and Michael did a much better job than you suggest.

Given that I am neither male nor pakeha, the main beneficiaries of traditional NZ, I prefer the post 1984 version where I actually have a chance of realising my ambitions instead of being relegated into a lessor position because of who I am.

Your time has passed and NZ is all the better for it.

Ah, the joys of false consciousness!

In fact, Anonymous, the opportunities for an independent and prosperous life were considerably greater for young people (including Maori women) in the 1970s.

The opportunities for young New Zealanders coming of age in the 1970s to gain a useful academic or trade qualification, purchase a house, start a family and pursue a career in the public and/or private sector with some measure of job security provided them with a much higher quality of life than those who have come of age in the post-Rogernomics era.

My time may have passed, but I wouldn't want to be eighteen in 2010 for any money!

Wow! You managed to refer to yourself ("I" or "my") five times in one sentence. I wonder who your worldview revolves around?

Can't help thinking that you are just a little insular. i've been a volunteer firefighte and a volunteer bush fiew fighter, and I've seen young men and women keen to do their bit. But it's not just on the fireground. I've seen Kiwis workng hard to provide joined-up services in a Government department, and I've seen employees and contractors working together as a team on a building site.
Maybe the problem is that political journalism is so dog eat dog that you don't realise that other people do work together and do achieve good things.

Come now... i think some of us know ( or maybe not lol! ) that the "all powerful bosses" versus the rest is abit of an emotive cul-de-sac to the detriment of confronting the actual causative factors.
Or would you maintain that 'Bosses' somehow have only the sins & not the graces potential inherent in all people?

Chris, you are after all, the boss of this blog...

“Whoever fights monsters should see to it that in the process he does not become a monster. And if you gaze long enough into an abyss, the abyss will gaze back into you.” —Friedrich Nietzsche

"In fact, Anonymous, the opportunities for an independent and prosperous life were considerably greater for young people (including Maori women) in the 1970s."

So you're telling me that as a white, educated middle aged Pakeha male you know how much better things were for my mother, that she had more opportunities than I have today?

I don't go around telling white, educated middle aged Pakeha males that I understand their pain (since it is impossible) so I consider it incredible that you can pretend to do the same.

The knowledge organised in both disciplines is available to everybody - "Pakeha Males", "Maori Women", the whole human race in fact.

There is also a discipline called economics which takes ideas from psychology and sociology and applies it to explain aggregate human behaviour. I hear its not doing so well given that its failed to anticipate the events in the past two years.

The same can also be said of socialism but after 20 years some of its adherents are slow learners.

Face it Trotter, you're a disciple of a failed ideology harking back to a golden age which you think is superior where surprisingly enough the prime beneficiaries of a institutionally racist and sexist system were people like you and which was closed off to people like me.

Sorry but I'm not going pull an uncle tom and agree with you.

No, Anonymous, it wasn't closed off to "people like you".

There were many Maori back in the 1960s,70s and 80s who availed themselves of New Zealand's publicly provided tertiary education system.

A few even enrolled with the clear political goal of becoming university teachers, positioning themselves to fill the next generation's heads with with the curious mixture of orthodox neoliberalism and bog-standard identity politics that they - and you - seem to believe constitutes a credible world view.

The anonymii are coming out of the woodwork again. What’s that old quote, “None are more hopelessly enslaved than those that falsely believe that they are free”.

Post 1984, we have taken 2 generations of New Zealanders now and thrown them on the scrapheap.

They have taken the future that young people had and blown it on tax cuts.

It looks set to be easier now to get into prison than to get into university, and with the government look set to employ more prison guards and police officers than teachers and social workers, it is going to be a very depressing future ahead.

Oh well Anon, at least you may be lucky enough to get a scholarship from your iwi using all that settlement money that was taken from a perfectly good education to begin with.

I guess we all have to make sacrifices.

The Independent began to die straight after the death of one of New Zealand's greatest journalists, Warren Berryman. The man was legendary, and he had never ever been to journalism school.
I stopped my Independent subscription when it dawned upon me that the only part I read were your erudite columns.
Okay, we lost Berryman; Chris, live a healthy life so we can argue about your writing well into the future.

Cheers (things could always be/get worse) - and doubtless they will!!!

P.S. And here was I wanting to get your newsmagazine to publish my latest manuscript!