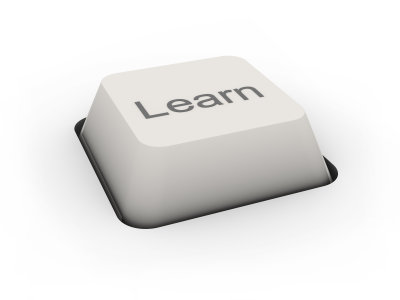 If Only It Was That Easy: Free-market theory only works if individuals have access to the kind of "perfect information" which allows them to rationally maximise their self-interest. Without perfect information individual decisions will be, at best, sub-optimal, and, at worst, self-destructive. That's why, in a society genuinely dedicated to the idea of the free-market, every effort would be devoted to ensuring that the citizen has easy access to the best information available. An economic and/or political system in which information is deliberately suppressed, distorted and/or falsified cannot lay claim to being a free-market society.
THE IDEA that individuals base their decisions on “perfect information” may seem a little odd, but without it the theory of “individual choice” is rendered absurd. Choices made in ignorance, from prejudice, or on the basis of insufficient and false information, will lack the rationality so crucial to the whole notion of free individuals making free choices in a free marketplace of commodities and ideas.

One of the reasons we prize an open and independent judiciary is because a justice system which regularly supressed information critical to the calculation of rational self-interest would soon become dangerously compromised. How is the personal and financial security of the citizen to be protected if the courts make informed decision-making impossible?

If, for example, a businessman was able to rely upon the courts to suppress all evidence of his poor financial judgement, how could potential investors in his enterprises be expected to make informed and rational choices about where to put their money? How could they be protected from the influence of cleverly constructed television advertisements, fronted by one of the most trusted men in the country, informing them that their money would be professionally and prudently managed?

Had the courts allowed them to know that the businessman in question had recently lost hundreds of thousands of his own dollars to obvious fraudsters would they have entrusted him with their life’s savings? Probably not.

And what of the news media: the institutions we rely upon to collect, collate and convey the facts and figures we need to make informed and rational economic and political decisions? Are they doing their job? Or, are they – like the judiciary – occasionally guilty of not giving us the whole story?

On economic matters, for instance, where do they turn for advice?

More often than they should, the privately owned news media turns for advice and analysis to economists employed by the major trading banks.

Is this the best way of acquiring “perfect information”? Wouldn’t an economist employed by a bank have a very powerful personal and institutional interest in only supplying information likely to contribute to the profits of his or her employers? How plausible is it to suppose that a bank economist would deliver to the general public a dispassionate account of the deficiencies of modern banking, or the central role they played in the global economic crisis from which the world is only slowly recovering?

And isn’t it equally improbable to expect a television news bulletin “brought to you by the ABC Bank” to broadcast a highly critical analysis of the behaviour of the global finance industry? Isn’t such a bulletin more likely to feature a brief daily exchange with some grinning currency-trader brim-full of optimism and shop-worn economic platitudes?

Isn’t that what we’ve got?

Perhaps, but haven’t we also got publicly-owned television and radio networks? Isn’t it their job to provide the dispassionate and critical information so essential to a healthy democracy and properly functioning free market?

Well, yes, it is their job – but are they doing it?

Certainly not in the case of Television New Zealand. The transformation of TVNZ into a State Owned Enterprise in the late-1980s effectively extinguished the powerful public service culture of its earlier incarnation. Very rapidly TVNZ developed a new and aggressive commercial culture hostile to the very notion of public service broadcasting.

Helen Clark’s Labour Government made a number of half-hearted attempts to revitalise the public service ethic in TVNZ – but to no avail. By forcing the network to return a profit to the state and by denying it the indispensible protection of substantial taxpayer funding Labour succeeded only in strengthening TVNZ’s commercial ethos.

Radio NZ fared slightly better under Labour, but, once again, insufficient funding did little to encourage the adventurous and staunchly independent journalistic culture public broadcasting needs if it’s to do its duty by the public. (For example, Radio NZ, to its shame, also relies on bank economists for economic advice and analysis.)

But if Labour was half-hearted in its facilitation of “perfect information”, the present National Government appears to have rejected the entire concept.

This is puzzling. As a party dedicated to the free market, one might have expected the National Party to spend unstintingly to ensure New Zealanders’ information is as “perfect” as possible.

Far from denying funding to that last vestige of public service television – TVNZ7 – a government genuinely supportive of the free market would have boosted its resources. Far from stacking the Radio NZ Board with political cronies hell-bent on commercialising its operations, the National Government would have given them the resources to place itself and its business backers under even closer scrutiny.

That this is about the last thing our masters would do suggests that “perfect information”, “individual choice” and “free markets” have no existence outside the world of right-wing theory.

This essay was originally published in The Press of Tuesday, 19 April 2011.
Posted by Chris Trotter at 15:13

So you suggesting that under a left wing theory the state will have perfect information and thus there is no need for individual choice and free markets?

Not sure I like either the left or the right theory.

Considering that in the previous post, commenters were seemingly using the now-trendy term "narrative" as a synonym for "spin", I'm not even sure perfect information exists.

I'm not a free-marketeer but I suspect that we shouldn't confuse the right to perfect information with a duty for it to be provided. In a completely free market society - as I understand it anyway - individuals would fund researchers (whether they be journalists or not) to provide the information directly; and not rely on private organisations who serve the interests of advertisers.

And selling state assets is another form of corporate welfare.

There is no alternative. I was listening to the National program on the radio and they interviewed the BNZ Professor of Finance. And, for irony, they also have the Ernst & Young Chair in Financial Accounting.

Later that day, Gordon McLaughlin said New Zealand tends to go from A to Z. If A doesn't work, try Z. When that doesn't work, go back to A. We never try anything in between.

It sounds as though this is what Gerrit expects. We can choose extreme free market 'orthodoxy' or communist totalitarianism. There is some middle ground.

Anyone who relies upon a TV Advertisement to guide their personal investment decisions deserves what's coming to them.

A fool and his money are soon parted.

As for your primary point regarding perfect information. It doesn't exist, regardless of the political environment we operate in. Every business person makes management and investment decisions using the best information they have to hand, combined with their experience, and a certain amount of intuition.

However, the rewards of success make a few failures acceptable.

All successful business people I know have experienced failure, take advice, minimize risk and back themselves.

None of them take advice from their television sets.

I was not expecting anything but simply trying to point out that "perfect" information does not exist for either the left or right theory.

So Chris Trotters argument falls over in regards the state (left theory) being able to provide "perfect" information over the private individuals ability (right theory) to source the information from other (free market) sources.

I agree that there is room for middle ground.

And have been around near 3 score years to know that there is no such thing as "perfect" information.

Information steadily and continually evolves and there is no magic point at which it can be deemed "perfect" for release to the public or utilised by a left theory state to set policy on.

Nor a right theory individual to make an accurate 100% correct personal decision.

I find the notion that state funded broadcasters would be totally unbiased, a long bow drawn.

If we look at China's state information service versus the reality as sourced from non state news distributors, it is not at all certain that state funded "perfect information" disemmination is the be all and end all.

Perfect information is one of the theoretical postulates that make neo-classical economic theories work, even when they obviously don't in an empirical sense. Of course, the theory is only about the trading of commodities, which is all we are supposed to be doing on this planet. Right wingers seem to forget that the market mechanism is meant to be amoral, so any information is value-neutral, supposedly. However, right-wingers usuaully make moral judgments about economic actors, especially workers, who apparently become lazy when the wrong 'incentives' are in place, like welfare payments.

Information in the financial markets was supposed to be perfect, since the market signals could be transmitted so quickly. Shame that the big Wall St players keep breaking the rules. Was not the financial crisis caused by the likes of Goldman Sachs not informing their clients that the bundles of high risk mortgages would likely be defaulting, and that they were also betting on that being the case. If you can't trust the financial experts in the market context, why would you trust their analysis in the wider public sphere, i.e. in the media.

Since psychologists have shown that people don't behave in ways that free marketeers believe they do, and since physicists have shown that the equations they base their theories on are rubbish, free market economic theories are about as much use as your daily horoscope in the paper. (Please don't use this as I'm thinking of using it in a letter to the editor)
Oh what the hell, just use it – they'll never print it anyway :-).