The Space To Make Dreams Come True: Why Labour’s Latest Move On Housing Could Be A Ground-Breaker. 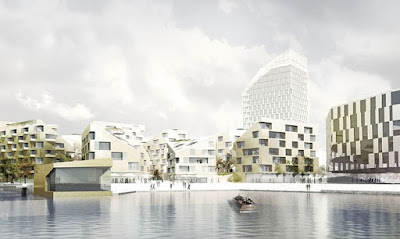 Good idea, good policy which may help Labour and NZ families. Better still get immigrants and refugees to go to the regions and the south Island - away from Auckland. Go South young man!

Well lets wait and see, Labour caused the problem when they signed the Free Trade Agreement with China in 2008, which gave the Chinese people the unfettered right to buy property in NZ whether or not they resided here.
That agreement and provision(s) are still in force.
To me Labours proposal sound positive and I would like to see endorsement from both the Greens and NZ First. If that endorsement is not forthcoming it will mean intensive negotiations between Labour and its probable coalition partners (Greens and NZ First).
If they do agree then I let me state NZ will have a real and dynamic election on its hands in 2017.
Well done to all concerned, come on the Greens and NZ First, NZ calls on you.

Another hub city between Hamilton and Manukau, properly planned with a thought to those built outside London - called Welwyn Garden city etc. would be good and fed by the rapid rail. Great. I drove at night between Hamilton and Auckland decades ago and it was as poorly lit as a wide farm road.

And let's have lots of three-storey accommodation units with two 2-1/2 b'rm units on one floor with a door to the stairs for the pair on each floor. Then they can be let to a small family, or become a floor housing an extended family, keeping the family unit together all interacting and supporting each other. Would provide flexibility, especially for the South Auckland sized families, or a blended family which ended up with six children from teenagers to toddler, teenagers able to train, work and live at the family home, and contribute to the family budget. These would be well built with sound insulation, and probably concrete walls and floors with specifications for strong reinforcing, strong concrete, and no designing engineer or civil engineer contracting out the actual supervision of the building process.

Naturally they would be ranged around a square or green area, and nearby would be light industry, services and offices so there was work within bike or walking distance.

And they wouldn't have large pools outside for children to fall into.
and they would be fenced off from the street so that people didn't have the idea that just anybody could use their green space and amenities.
Many people have the idea that if anything is provided by the government then the people receiving the service have no rights to anything for themselves.

Hobsonville and Papakura are existing government owned lands where social and low cost housing could have been already built but the Government itself is land banking in Papakura and only 38 semi low cost houses are available in Hobsonville.
http://www.radionz.co.nz/news/national/271032/fewer-state-houses-planned-for-papakura-site

It is fairly clear that the Government has no intention of building social houses itself and extending the city's boundaries is more about meeting the demand for developers than meeting the need for lower cost homes.

Labour has bought into National's spin and blame shifting. Auckland and Queenstown have the same demands for low paid service workers but greed and nimbyism is blocking the obvious need to have low cost housing near where the workers are needed. If social and low cost houses are built outside the current boundaries it is unlikely that efficient public transport systems will link them to the centre.

A big part of the problem is also an inefficient transport system, a fast train from Hamilton and through Pukekohe and Papakura to Central Auckland, for instance, would immediately take the pressure of needing to extend Auckland's boundary.

I much prefer the Green's policy of just rolling up sleeves, and just building some bloody houses, everything else is just an excuse and now Labour has sadly bought into it.

65000 immigrants in the last year according to the news tonight. That has to be planned for if it is not going to impact adversely this countries disadvantaged. I see no evidence of planning, feel free to enlighten me. Also tell me how we can expand jobs to contain unemployment? Or build the equivalent of Palmerston North each year? Tell me who benefits? And why do most of these good people come to Auckland?
Answer that honestly and the scale of the challenge might lead us to question our politician how and why?