Bridges And Adams Trapped In The Ghetto Of The Comfortable Third. 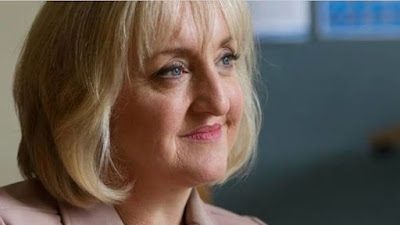 Utterly Predictable: Anyone seized with the notion that the Nats new leadership team might actually make a serious effort to face up to the enormous challenges confronting New Zealand and the world should now un-seize themselves. The new Opposition Finance Spokesperson, Amy Adams, has made it very clear that National will be governing, as it has always done, for the only New Zealanders who have ever counted for anything in its political universe – farmers and businessmen.

OH, WHAT A SURPRISE – it’s Amy Adams! On the day after Steven Joyce announced his retirement from politics, Simon Bridges appoints the runner-up in National’s latest leadership contest as his Shadow Finance Minister. So far, so utterly predictable.

Anyone seized with the notion that the Nats new leadership team might actually make a serious effort to face up to the enormous challenges confronting New Zealand and the world should now un-seize themselves. Adams has made it very clear that National will be governing, as it has always done, for the only New Zealanders who have ever counted for anything in its political universe – farmers and businessmen.

“New Zealand currently has one of the strongest economies in the western world. That’s not an accident. That’s a result of the hard work of New Zealanders backed by the strong economic plan of the previous National-led Government”.

Strong economic plan? And what might that have been? To open the floodgates to tens-of-thousands of immigrants? To facilitate the transformation of New Zealand’s agricultural sector into one huge dairy farm? To quietly inject the trade union movement with yet another cocktail of immobilising drugs? To dole out millions of dollars in corporate welfare to the National Government’s most generous friends?

If Adams’ only measure of success is the growth in GDP under National; or, perhaps, the appreciation in the value of urban real estate; or, the increasing share of New Zealand’s economic surplus currently being distributed to shareholders, at the expense of wage- and salary-earners; well then, yes, her party’s “strong economic plan” may be rated an unqualified success.

That Adams clearly cannot appreciate that all of these positive outcomes need to be set alongside a much longer list of negative economic and social consequences: homelessness, rising inequality, declining health and educational outcomes, environmental degradation; merely reinforces her own and her party’s location among the comfortable third of New Zealand society.

National’s capacity to present itself to the New Zealand electorate as something more than a crude political vehicle for the advancement of narrow sectional interests can only diminish while its leaders feel free to spout such facile and uninspiring rhetoric.

Adams’ words betray her party’s continuing failure to accurately interpret the result of the 2017 general election. Under a proportional electoral system, the support of just one third of the population is simply not enough to guarantee victory.

That National’s support manifested itself in a Party Vote of 44.5 percent only indicates the continuing depressed levels of electoral participation. If the progressive political parties can secure even a modest lift in the participation rate of their supporters (and if anybody can do that it’s Jacinda Ardern) then National’s share of the Party Vote will be driven down even further. Without a coalition partner commanding approximately 10 percent of the Party Vote, Adams’ hopes of re-booting National’s “strong economic plan” will be unfulfilled.

Conservatism, as Winston Peters demonstrated so adeptly at the head of NZ First throughout 2017, is a political philosophy capable of transcending sectional boundaries. Conservatives appeal to their fellow citizens from the much more solid foundation of shared values: individual freedom and responsibility; cherished cultural and religious traditions; the principles of equity and fairness. Values as likely to be found among the poorest members of society as the wealthiest.

Certainly, conservatives are hostile to the claims of the mob, but they are no less hostile to the grasping selfishness of the elites. The power of the state is important to conservatives not only because it guarantees law and order, but also because it alone is strong enough to resist – and, if necessary, overawe – the special-pleading of the heedless rich.

While Bridges and Adams espouse a social and economic programme which reeks of sectional self-interest, the National Party’s ability to break out of the ghetto of the comfortable third will continue to be compromised. If, between them, they are unable to convince the New Zealand electorate that a principled conservative party called “National” still exists, then they may soon find it necessary to re-invent one.

This essay was originally posted on The Daily Blog of Wednesday, 8 March 2018.
Posted by Chris Trotter at 12:35

Funny, just about every conservative I've ever spoken to has said that National governs on behalf of the whole country rather than a narrow section of it. I think they truly believe it. But then I think they probably believe they ARE the whole of the country.

I assume that "they" in your final sentence refers to the NZ electorate and not the National Party.

If so, I totally agree with you.

The fantasists on the right might believe that National will win the coming elections through some FPP quirk but any realist knows that that under the current MMP system that notion is just what it is, a fantasy. National needs a reliable support party and it can no longer rely on NZ First. Don't even think about the Greens. National already know they have to "re-invent" another "Right" party. Thats doable, the principled aspect is the hard one.

Yes, but at three percent of the vote, Labour won't be able to rely on NZ First next election either. So that makes it a two party drag race, with the possibility that the Greens will be under the threshold too (having sold all out principles out for power).
Also, if Winston Peters is so conservative, then how come he went against the MMP convention, and put the losing left bloc into power, sidelining both the majority of the voters and true democracy?? That is not the act of a conservative, but rather the act of someone who only cared about what was in it for him: acting PM. But hey, that is MMP!

The Greens might have sold out a bit, but at least they have some sort of coherent ideology, which NZ 1st doesn't really have. It's the party of discontented white people on the whole. ACT has a coherent philosophy, it's just that hardly anybody actually believes in it. Thank God. So in a way I guess it's all down to where New Zealand 1st's votes go once Winston has popped his clogs, because with him gone they are pretty much a one trick pony that has forgotten its trick. If we look at the party that New Zealand 1st members have favoured coalitions with i.e. Labour I guess there might be some hope. But resentment works in mysterious ways. :)


Since the NZ electorate adopted the MMP voting system, the party that won the most votes has had first opportunity at forming a government. Yes you could call it a convention. And this is what happened in 2017. However ask yourself this question, what happens if the party that won the most votes is unable to form a govt. They become losers. What happens if the party that didn't get the most votes was able to form a stable govt with a clear majority. They become winners. And that is what we have got right now, a coalition made up of parties that can work together and run a stable govt with a working majority. MMP was never designed to follow any particular conventions and was certainly never designed to force parties that couldn't work together to form some shaky govt. National's challenge in future elections is to be part of a stable govt not to just win more votes.

Winston Peters is more a nationalist than a conservative and his values are deeply rooted in economic sovereignty. The sum of the similarities he has with Labour and the Greens is greater than with National and is fairly obvious now. If Winston Peters current performance within the coalition is any yardstick then his political career will continue to be significant and his legacy to NZ will be the much needed clipping of the wings of the neoliberal extremists.