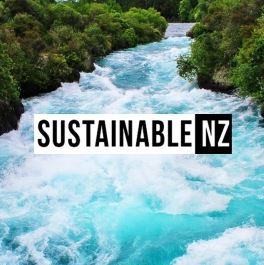 A Sustainable Proposition: With as much as 18 percent of the electorate declaring itself “undecided” about who to vote for, there is obviously plenty of space for a party like former Green Party member, Vernon Tava's, about-to-be-launched "Sustainable NZ Party" to move into. The most hospitable political territory for such a party to settle in would appear to be that occupied by voters who yearn for environmental policy to once again become the preserve of “serious” and “grown up” politicians.

SIMON BRIDGES is feeling pretty chipper this week – with good reason. Pollsters Reid Research and Colmar Brunton have not only re-confirmed the solidity of National’s support, but also tracked a decline in Labour’s numbers. Not a big enough decline, it must be acknowledged, to give the National Party more than the narrowest of victories in one poll and a narrow defeat in the other. Even so, Mr Bridges is beaming. Why?

If his own cryptic encouragement to “watch this space” is any guide, the Leader of the Opposition is anticipating the imminent emergence of what is, potentially, a new coalition partner for National in the 2020 General Election. The most likely candidate for this role is Vernon Tava’s “Sustainable New Zealand Party” The requisite 500 members have, apparently, been signed up and the party’s name approved. All that remains is for Mr Tava’s new political vehicle to be rolled-out with maximum fanfare.

That should not be difficult to secure. Mr Tava is an articulate, energetically moderate and very personable individual who, it must be assumed, has spent the last few months gathering the resources necessary to set his new vehicle in motion. If Sustainable NZ’s website is any guide, Mr Tava’s behind-the-scenes efforts have not been wasted. It is professional in appearance, easily navigable and suffused throughout with ideologically appropriate blues and greens.

If Mr Bridges’ smiles are any indication, however, Mr Tava has done a lot more than produce a website. The National Party leader’s cat-who-got-the-cream expression suggests that the new party will come with a newsworthy collection of founding parents: people for whom liberal National Party supporters would be pleased to vote. Exactly who these people might be remains a closely guarded secret, but a small exercise in imaginative speculation should be enough to indicate how impactful a collection of the right people could be.

Let us imagine, then, that someone with the public profile and indisputable credibility of a Sir Peter Gluckman were to step forward into the glare of the television lights. Instantly, Sustainable NZ would become a serious proposition. The news media would respond enthusiastically, amplifying the party’s messages and giving the existing political landscape a rattling seismic shake.

With as much as 18 percent of the electorate declaring itself “undecided” about who to vote for, there is obviously plenty of space for Sustainable NZ to move into. The most hospitable political territory for the party to settle in would be that occupied by voters who yearn for environmental policy to become the preserve of “serious” and “grown up” politicians. Voters who, while conceding the reality of Climate Change, are not at all impressed by the emotional appeals of Greta Thunberg and her children’s crusade. Voters who refuse to accept the dire predictions of a climate catastrophe: who still have faith in the unbounded ingenuity of the human species to come up with what the doom-sayers scornfully dismiss as “the scientific fix”.

In other words, a party quite unlike the Greens. A party unburdened by the ideological detritus of the 1960s and 70s which the original green parties, formed in the 1980s, felt obliged to haul into the public square. A party that wouldn’t dream of Morris Dancing, or expect its conference delegates to subsist on mung beans, herbal tea and tofu. A party that would be soberly and sensibly liberal on social issues without getting side-tracked into branding its core supporters “white supremacists” or descending into TERF wars. A party which, if presented with a genetically-engineered solution to New Zealand livestock’s methane emissions, rather than cry “Heresy!”, would grab it with both hands.

Most of all, of course, Sustainable NZ would be a party of swingers. For all their origins in the swinging 60s and 70s, the Greens have been the most monogamous of political parties. Since being elected in their own right to Parliament in 1999 they have had only one political partner – Labour. Even when Labour scorned the Greens’ unconditional love; even when it dallied outrageously with Peter Dunne and Winston Peters; even when it left them bruised and battered; they never faltered – never strayed.

Sustainable NZ – if it is the reason for Mr Bridges’ knowing smile – has no intention of becoming the Right’s battered spouse. It will offer itself to National unconditionally only once – but for Simon that will be enough.

This essay was originally posted on The Daily Blog of Friday, 18 October 2019.
Posted by Chris Trotter at 11:24

"In other words, a party quite unlike the Greens. A party unburdened by the ideological detritus of the 1960s and 70s "
Just burdened with the detritus of the 1860s and 70s. Hopefully they will take just as many votes from National is from the Greens. If any. How many "new" parties have we seen start-up in the last few years, and how many of them are still left?

Sustainability and National are oxymorons. You are right Chris, it's a one off.

Here in my small rural town the local National MP played an advert on the radio. To paraphrase it said National want the same clean water standards as the government BUT that will come at a cost to the consumer.

So in effect the Nats are implying that clean costs money...the current dirty state of rivers needs public support to give we consumers cheap milk and meat. Except they don't even do that, we pay export prices for produce that doesnt meet export standards.

An environmental party without the identitarian madness or the socialist baggage?

Should attract a lot of green voters who don't want to abolish private property or live an agrarian village lifestyle.

I've been reflecting on how your political nous has been more to the point than my naif, youthful (50-something) idealism. Of course the Left should now be about the clear coming Tsunami rather than the pond-calm present. 1980s neoliberalism disallows that.

We'll die celebrating the coming light of … death. 'Sunset Boulevard'-style. Rationalisation over rationalism. I've long known that superiority, and history is about subjectivism over objectivism.

It would be entirely satisfactory to me if the country of the Treaty of Waitangi, Ballance and Savage just addressed the crisis rationally. Wouldn't that be magnificent? The Atlantic War unfortunately comes to mind, but lets fight as realists for victory, unlike the fat-fucks believing in fat-fuckism elsewhere.