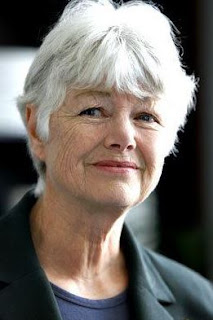 A Force For Good: Jeanette Fitzsimons stands firmly in the tradition of such high-minded intellectual reformers as Beatrice Webb in the United Kingdom, and Jane Addams in the United States: women who put their faith in the discoveries of science (the social-sciences in particular) and in the unimpeachable power of official statistics, rather than in the surging passions of the masses – down in the street.

JEANETTE FITZSIMONS’ DEATH brings to a close the political narrative which began with the Tony Brunt Values Party in 1972. In its essence, it’s been a story about principled expertise, cultural radicalism, and what later came to be known as “ecological wisdom”. Expressed in this truncated way, the most remarkable thing about the period traversed by Fitzsimons’ political career is that the interwoven strands of New Zealand’s green movement did not fray and snap.

Fitzsimons’ serene personality played a critical role in the Greens’ political coherence over her three decades of active involvement. Political leaders are not always calm and unflappable human-beings. Indeed, the preferred leadership style in New Zealand is the one that offers the voters hardness and decisiveness in equal measure. The Greens’ consensus-based decision-making is often dismissed as woolly-woofterish weakness. In reality, it is anything but. Few outside the Green Party appreciate the power of a patiently assembled super-majority – especially when wielded with a serene smile.

An political leader requires more than serenity, however, if she is to succeed. Knowledge and expertise also count for a great deal – especially in avant-garde minority movements like Values and the Greens. In this regard, Fitzsimons was a formidable protagonist. Her scientific training equipped her admirably for the unavoidable and often trenchant debates which her radical environmental and political agendas provoked. Against the defenders of the status-quo, and especially against the protectors of entrenched corporate interests, expertly marshalled facts and figures were the only rhetorical weapons capable of drawing blood. Fitzsimons always excelled in this kind of political warfare.

Her other great advantage owed nothing to these personal strengths. Simply by being born in 1945, she experienced all of the many benefits of growing up in post-war New Zealand. What’s more, she was perfectly positioned not only to imbibe all the heady cultural brews of the late-1960s, but to make sense of them. Twenty-seven, and already an academic high-flyer, when Tony Brunt launched the Values Party in 1972, Fitzsimons was the sort of asset any fledgling political movement was bound to welcome with open arms.

That intellectual heft is an important part of Fitzsimons’ and the Greens’ political genealogy. In terms of Twentieth Century progressivism, her role in Values and the Greens is analogous to that of historical figures from earlier in the century when progressivism – and a certain type of socialism – first gained its political momentum. She stands firmly in the tradition of such high-minded intellectual reformers as Beatrice Webb in the United Kingdom, and Jane Addams in the United States: women who put their faith in the discoveries of science (the social-sciences in particular) and in the unimpeachable power of official statistics, rather than in the surging passions of the masses – down in the street.

Not that there was any lack of passion in Fitzsimons’ love affair with the natural world. Indeed, it was from the natural harmonies and intricate balances of Nature that Fitzsimons’ drew her political inspiration. This always separated her, radically, from those on the traditional Left, who characterised their mission of uplifting the poor and oppressed as a struggle to overthrow and overpower not only the ruling-class, but Nature herself.

What little socialism there was in Fitzsimons (and, honestly, there wasn’t much) was the socialism of gentle folk like the British polymath, William Morris, who drew his inspiration from the organic communities of the Middle Ages. Not from the feudal aristocrats and their brutal retinues of knights and tax-collectors, you understand, but from the ministering monasteries and abbeys, and, most especially, from the guilds of medieval craftsmen. Less Karl Marx’s post-industrial utopia – more J.R.R. Tolkien’s Shire!

Much of the Traditional Left’s animosity towards the Greens was born of what they saw as the latter’s politically dubious love-affair with what the Germans call the volksgemeinschaft – the “people’s community”. In the eyes of these old-fashioned socialists and social-democrats, the Greens organicism smacked of a deeply conservative preference for human subordination to the “natural order”. Certainly, there remains a strong political tendency within the Green ideology to elevate pre-industrial indigenous cultures over the extractive and oppressive industrial societies of the colonialist-capitalist West. The Traditional Left didn’t just pour scorn on the Greens’ Morris-dancing because it looked silly – they took it as evidence of the Greens’ dangerous liaisons with all manner of reactionary ideas.

No one who ever visited Fitzsimons’ organic farm in the Kauaeranga River Valley was left in any doubt about her commitment to treading gently on the earth. Not even her staunchest critics – left or right – could accuse her of not walking her talk. If there was a reactionary element to her politics, then it was born of her scientific and moral rejection of Capitalism’s addiction to growth: an entirely justifiable reaction to the havoc which that addiction is unleashing upon the planet’s fragile ecosystems. It’s a reaction that goes all the way back to the Values Party: to the conviction that so long as Science remains under the control of unaccountable corporations, then its insights and discoveries will inevitably be turned towards violent, perverted, and, ultimately, life-diminishing ends.

As they used to say back around the time the Values Party was formed: “If this planet’s a corporation, it’s a corpse.”

What then, we are left to wonder, did Fitzsimons make of the Green Party in 2020? Did she see it as a source of pride, or as a cause for concern? Are those who have come of age, politically, in the years of Capitalism’s undisputed triumph more, or less, able to perceive the danger it poses to the future of all living things? Do they manifest the same acute ecological wisdom that enabled Jeanette to hold the party together for more than quarter-of-a-century? Do they walk lightly upon the earth, as she did? Or, do they just talk about it?

This essay was originally posted on The Daily Blog of Tuesday, 10 March 2020.
Posted by Chris Trotter at 12:09

Jeanette always struck me as a very Christian person. You can see her commitment to walking lightly on the planet also applied to the way she treated others, including those she disagreed with. I think she recognised the divinity of mankind and the sanctity of life and that folk, though they may have bad ideas, are neither inherently good nor evil.
I imagine she would find the current Green Party, riddled as it is with hate and divisiveness, quite distasteful, offensive even.

They just "talk about it"....coz everyone is now programmed to go to the supermarkets every week, stand in line and buy the grub. But then what about Sue Kedgley, I rate her alongside Jeanette Fitzsimons as an equal "force for good".