Who Wants the Foreshore & Seabed Act? 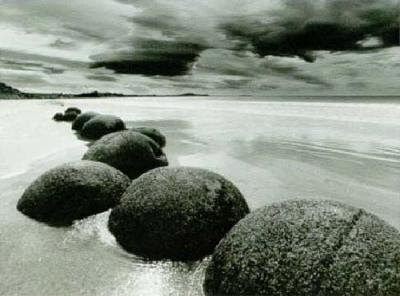 Contested Ground? If the notion of customary rights is to acquire a legal significance over and above that contained in the current legislation, a repetition of the "Iwi/Kiwi" conflict, which the Foreshore & Seabed Act attempts to resolve, will be unavoidable.
The Act is strongly opposed by Maori and not strongly supported – indeed, often actively opposed – by non-Maori. Had there been powerful public support for the Act we would have expected to have encountered it, but we did not.

NOTHING better illustrates the weakness of the Ministerial Review Committee’s report to the Attorney General, Chris Finlayson, than it’s self-serving assumption that powerful public support for the Foreshore & Seabed Act does not exist.

Nor could the Committee’s predisposition in favour of the Act’s repeal, be better illustrated.

Had the Committee been genuinely interested in gauging the level of popular support for the Foreshore & Seabed Act, it would have commissioned an independent survey of public opinion. The fact that the Committee did not do this suggests a number of things.

It suggests that they were frightened of what a properly conducted attitudinal survey might have revealed.

If so, they made a crucial error. The whole fraught issue of who owns the foreshore and seabed was driven almost entirely by Pakeha mistrust of Maori intentions, and by the insistence that every New Zealander’s right to enjoy the beaches be irrevocably enshrined in statute law?

The Committee needed to know if this was still the case.

The refusal to scientifically test public opinion also suggests that something else was at work in the committee’s deliberations besides fear. It’s difficult to give it a name, but it has something to do with the notion that the views of Pakeha unsympathetic to Maori issues can be (and should be?) safely ignored.

It’s a notion which surfaces whenever the subject of Maori rights arises in elite circles. And it’s based on the conviction that your average Pakeha "redneck" is too ignorant and prejudiced vis-à-vis the tangata whenua to have an opinion worth hearing.

The Committee’s dismissive statement powerfully reinforces this suggestion of elitism. It obviously never occurred to Finlayson that the choice of a panel comprised of a Maori judicial activist, a sympathetic academic lawyer, and the daughter of Tipene O’Reagan, just might signal to individuals and groups strongly supportive of the Act that turning up would be a waste of time. (At least one such group has stated that when speaking to their submission they got the distinct impression the Committee didn’t want to hear what they were saying.)

There’s another possible reason the Ministerial Review Committee did not encounter very many supporters of the Act on their travels. Bluntly speaking, it’s because the vast majority of Pakeha New Zealanders almost certainly believe that the matter was settled five years ago. What’s more, with a National Government in power, the possibility of the Act’s repeal is probably inconceivable to all those Pakeha "rednecks" who elected Key to office. This is, after all, the same political party which gave us the "Iwi/Kiwi" billboards.

And it is upon this rock of Pakeha expectation that the Committee’s report is likely to founder.

To avoid the sort of devastating shift in political allegiance that Don Brash achieved with his infamous Orewa speech, John Key must provide his Pakeha supporters with a rock-solid guarantee that their ability to stroll, swim, sail, fish, and generally enjoy New Zealand’s coastline will not be in any way undermined. And this is, indeed, the line he has been pushing ever since the report’s release last week.

But what could guarantee public access more effectively than "the single biggest land nationalisation statute enacted in New Zealand history"? At present there is simply no disputing the Crown’s ownership of the seabed and foreshore. By passing the explicit legislative measures recommended under international law, the Crown formally extinguished Maori customary title.
That’s why Maori remain so aggrieved.

But if the Act is repealed – what then? Will it be replaced by a new piece of legislation which simply, in slightly more conciliatory language, re-imposes Labour’s original solution: a sort of Foreshore & Seabed Act "Lite"? Would anyone in Maoridom – let alone the Maori Party – accept that?

And if legislation conferring real property rights on Maori hapu and iwi is introduced? Aren’t we then right back where the country found itself after the Court of Appeal’s fateful decision of 19 June 2003?

Key and Finlayson can obfuscate as much as they like about the Committee recognising Kiwis’ cultural affinity for the beach, but "recognising" something is not the same as surrounding it with enforceable legal protections. Just as acknowledging the public’s "interest" in maintaining "access" to the foreshore and seabed, is very far from acknowledging their right to go there whenever they wish.

And that is the question the Committee should have commissioned a reputable polling agency to ask Pakeha New Zealanders: "Would you be concerned if the Act of Parliament which guarantees your right to stroll, swim, sail, fish, and generally enjoy New Zealand’s coastline, was repealed?"

Now, it may be perfectly obvious why the Committee didn’t ask that question, but the Prime Minister would be well advised to ask the National Party’s pollsters to get the answer. Because if he believes that this issue can be finessed away with soothing phrases and meaningless assurances, and that he and his Maori Party allies will be permitted to cobble together a piece of legislation which extinguishes the foreshore and seabed as the common property of all New Zealanders, then he and his government are in for a very unpleasant surprise.

Goff may be unwilling to play the race-card in the same way as Brash. To salve Labour’s wounded conscience on the issue, he may even help to construct yet another bi-partisan "consensus" over the explosive implications of legally acknowledging tino rangatiratanga. With the Greens, that would give National an impressive parliamentary majority for repeal. But the Prime Minister would be foolish to think that a parliamentary majority is the be-all and end-all of politics.

Because, inevitably, somewhere out there in "punterland" there will be someone with the requisite political skills, and the necessary finance to mobilise them, who’s going to seize upon any attempt to limit New Zealanders’ right to walk freely on their nation’s beaches, and turn it into a populist crusade of such electoral power that our political landscape will be utterly transformed – and not for the better.

Te Riri Pakeha – the white man’s anger – was ugly enough in the Nineteenth Century. It will look no prettier in the Twenty-First.

This essay was originally published in The Independent of Thursday, 9 July 2009.
Posted by Chris Trotter at 15:11