"Government 2.0" - Returning Power to the Community 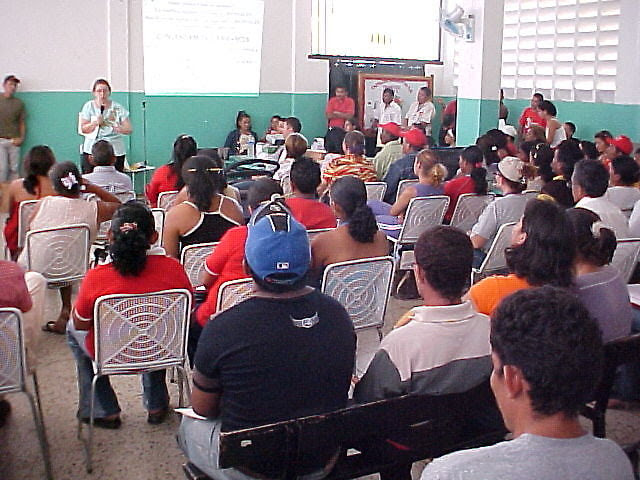 I've been wondering if the appropriate economic model to empower Government 2.0 is the "distributed capitalism" advocated by binary economists and neo-distributists.

I think the advocates of "distributed capitalism" and I are currently on the same road, SubversNZ, but possibly heading for different destinations.

For those who would like to know more about the ideas SubversNZ alludes to, I'd suggest the following book:

"The Support Economy: Why Corporations Are Failing Individuals And The Next Episode of Capitalism", by Shoshana Zuboff & James Maxmin (copies available at Amazon).

Or you can go to this location

and listen to the authors discuss their ideas.

Not sure what you have changed Mr Trotter but your recent posts have been on fire! Identifying genuine root causes and influences rather than repeating trite mantras.

Personally I am thinking about how to ensure State assistance and control is ALWAYS temporary and limited. Build state housing but ensure you rotate it by selling it to the occupants.

The only way out of long term benefit dependency is education accompanied by a tax and business incentive structure to ensure people can gradually be weaned out of intergenerational dependency . That education needs to extend to basic domestic matters like cooking, cleaning and importance of parenting skills for those who have not had the benefit of learning from their own parents. The smacking debate has tarred all parents with the same basher tag but the reality is different.

Ian Duncan Smith in UK seems to have identified similar issues and looks to be getting part way towards some answers.

Short comment as no time but well worth exploring

Hey Sage, you want the poor chucked out on the streets?

Because thats what WILL happen if you limit access to state support. It will just lead to misery and homelessness.

I'm not sure you're saying anything very original here, Chris.

Yes, we need more participation and the state is an inherently poor provider of public goods. But the alternative to heavy-handed bureaucracy is a concerned and active citizenry that, to the limited extent it once existed, is now fast disappearing.

Out time-poor , impersonal and increasingly atomised wasy of life does not encourage the gifting of either time or enthusiasm for anything other than personal indulgence or profit.

At least state and local authority employees have to be at their desks and going through the motions of working for a number of hours each day.

May I add that we've long had an inter-mingling of state, local authority, not-for-profit, voluntary and commercial agencies working in most key areas of social and health policy.

A good example is what happened to me last Saturday when I was rushed to hospital by a very able St John's (i.e. not-for-profit) ambulance team and treated superbly well by the state-funded and educated doctors and nurses who ensured that I was not in a critical condition. I will trip lightly around the diagnostic hazards resulting from Medlab's absence from the scene.

Public housing has been the global bane of social policy ever since the 1960s. But I think it's misguided to extrapolate out from there to the state provision of public goods as a whole.

I don't know why housing is such an intractable problem. But it could be because it inherently re-houses (and ghettoises) issues rather than deals with them.

Overseas, it's also tied up with planning and architectural monstrosities s of the sort that Charles Phillip Arthur George Windsor fulminates famously (and rightly) over .

In contrast , the Bourgeoisified former state houses that now add lustre to your post-prandial
promenades probably remain the best constructed houses in New Zealand. That's why they're being Bourgeoisified .

Anon, I'm not sure that vouchers or PPPs (although they could be part of it, I suppose) are "government as platform" in the same way that something like everyblock is or public funding of fibre-optic networks is.

It's about providing more than money, IMHO. Gov2.0 is about government providing critical infrastructure for innovation, without which there would be little.

Without wealth (and therefore power) being more broadly distributed than it is in either capitalist or socialist systems, Gov2.0 will probably fail to engage anyone other than bourgeois entrepreneurs and IT students.

Solatnz, it is about providing money (from taxpayers current and future) plus a decision about what it is used for. So providing critical infrastructure is indeed using govt as platform. Govt as platform is not a new idea, just a new way of describing it - in short, branding and marketing.