Banners in the Bush 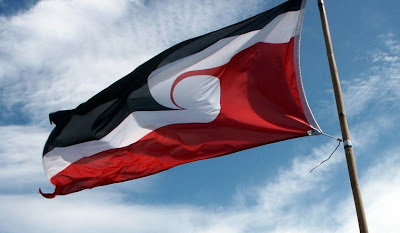 I am curious as to what you believe will happen ultimately to New Zealand. To express any concern about the issues you have outlined above is to be dismissed as a redneck.

I lived until fairly recently in an area that was majority Maori. Over about 15 years I watched the rise of the Maori middle/upper class. The effort put into educating young Maori and the streamlining of the university system for these young people was impressive.

However- what I found disturbing was the attitude of these children who were coming through the system. I have witnessed utter contempt for people who are not Maori. This generation of young Maori coming through will have money, land, power and numbers and coupled with this attitude I can't see things going well for non-Maori New Zealanders.

New Zealanders as a group are much too trusting and realise much too late that they have been done (giving in to the far-right politicians of the 1980s without a fight a prime example of this). I get frustrated with the "sickly white liberals" out there who just don't seem to realised how much the game has changed.

I wish I could tell you, Sara.

We are, as you say, much too trusting of our political class.

The big mistake we made, as a people, was to walk away from the major political parties (and thus all serious politics) in the 1980s and 90s.

Had the scores of thousands of New Zealanders belonging to these parties stayed and fought, instead of voting with their feet, New Zealand might well have followed the less destructive Australian path of neoliberal reform instead of the shock therapy of Douglas and Richardson.

Had a more humane adjustment programme been followed in this country the enormously destructive impact of neoliberalism on Maori communities and the corresponding need for a massive placatory effort on the part of the state - especially the need to "buy off" Maoridom's best and brightest - would have been far less urgent.

But even this would not have entirely negated the pernicious effects of the racially exclusive Maori educational system which Pakeha taxpayers have so generously subsidised for the past 20 years.

Any group - black or white - raised on an over-rich pedagogical diet of ethnic chauvinism is bound to evince the racist attitudes you describe.

I have real fears for New Zealand's future if the vast majority of Pakeha New Zealanders continue to stand aloof from the political process.

In a recent commentary piece, the Canterbury law lecturer, David Round, felt strongly enough about this issue to follow the example of the British politician (and classicist) Enoch Powell, who, in his infamous speech on the future of race relations in the UK, quoted the words of the Sybil (prophetess) in Virgil's "Aeneid":

(War, frightful war, I see, and the river Tiber foaming with much blood.)

I think Enoch Powell's worst thoughts are wrong when it comes to New Zealand. I am about as Pakeha as it comes, yet I have spent many years working with Ngai Tahu, primarily on natural resources. Not once have I detected any racial bias or us-and-them mentality within the iwi, or the people I have worked with. In fact, many of the professionals within the organisation are Pakeha, both in culture and in ethnicity.

Instead, what I see as far more apparent is a new definition of Maori, one expressed to me by a young Maori friend from Rotorua. Basically, the values are if you care (and can demonstrate that care beyond mere sentiment) about the land/sea and its resources, then, you are Maori. Radical, very radical for some, but I have experienced it when working for Ngai Tahu.

So, extrapolating that forward I think we have very little to fear, provided we all stop jumping at shadows.