Return of the Wowser 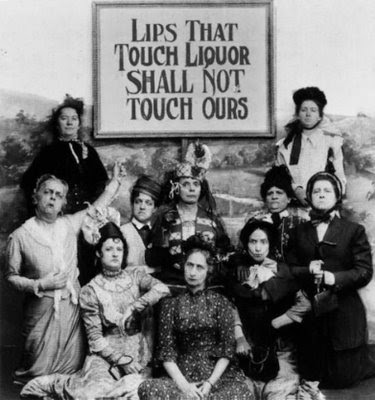 If you add up the crime, the health, the accidents and the lost productivity, the demon booze costs this country between $10b and $20b every year. That's something like 10% of GDP. The wowser in me would so love to ban it.

But you are right, the way our civilisation is wired we NEED the damn stuff to antidote the fears and anxieties it creates.

The critical insight came to me once when I asked a friend why he drank so much, and the honest answer was "It makes me feel better". At that moment the obvious response came to me, "But why did you feel so bad in the first place?".

"Because I'm so frightened" was the naked open answer he gave me.

Alcohol is a simple chemical. It's effect on the body is also simple, it is an almost perfect antidote to the physical symptoms of fear. Fear and it's more insidious pale cousins anxiety and worry, saturate our society. Of course we need it, as you suggest, our power-based hierarchial world would not be stable without it. It does almost beg the question of which came first, the abuse of power by the powerful, or the drug that enables the powerless to tolerate the abuse.

There is an attitude, which you see sometimes in letters to the editor, that anyone who is enjoying themselves is doing something wrong; that you ought to be (a) subsisting, (b) trying to get ahead, or (c) both, and that practically all enjoyment is dereliction of these duties. Enjoyment like rigorous sport is OK, because it involves a struggle. With little or no conceptual space for pleasure, people anaesthetise themselves in lieu, then take their punishment with a hangover.

Im glad you mentioned the things eighteen year olds can legaly do or be expected to by the state. I had the same issue with the drinking age when I was 18 (back in the 70s) and rejoiced when the age was dropped to 18.

I do question our drinking culture, but to raise the age to 20 wont change that in the slightest, nor will it stop 18 year olds drinking. Palmer reminds me of the type of people I work with who demand of me as their manager that I punish their workmates for non performance etc. Experience tells me that punitive and restrictive measures dont work, Palmer of all people should know this. So the inner authoritarian in Palmer and his cohort reappears. Sad, when will we grow up and move on?

Without alcohol 1984 may never have happened....

I welcome any criticism on my interpretation of history.
Alcohol was the birth of the women's suffrage. At that time in N.Z. there were huge numbers of male larrikin drinkers that might vote for the liberals. Arrests for drunkeness had reached alarming numbers in the late 19th century. The conservative female wowsers could see that the easiest way to beat those hoards of drunken larrikins was to give the vote to temperence minded women. And the male conservative politicians could see it too. So they created a heroine called Kate Sheppard to get the deed done.
Alcohol has been a problem in N.Z. since Kororareka (Russell) was the hell hole of the Pacific. The only way to change that awful attitude is emphasise personal responsibilty. But, as a casino operator's liaison man with Government told me, emphasising personal responsibilty is the last thing any N.Z. politician would want to do.