The CTU Cannot Survive A farce 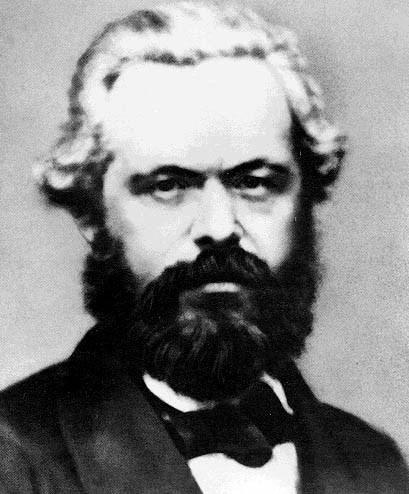 "Hegel remarks somewhere that all facts and personages of great importance in world history occur, as it were, twice. He forgot to add: the first time as tragedy, the second as farce." - Karl Marx, The Eighteenth Brumaire of Louis Bonaparte

IT COMFORTS ME, sometimes, to recall that when he wasn’t bludging off his wealthy mate Fred Engels, Karl Marx earned his living by writing political commentaries. His most celebrated journalistic effort is the lengthy article he penned during the winter of 1851-52 for a New York German-American magazine called The Revolution. Entitled "The Eighteenth Brumaire of Louis Bonaparte" the article examines the combination of social and economic forces giving rise to the political phenomenon later known as fascism.
The article is well worth reading for its own sake – Marx was a brilliant stylist – but is principally remembered for the oft-quoted observation: "Hegel remarks somewhere that all facts and personages of great importance in world history occur, as it were, twice. He forgot to add: the first time as tragedy, the second as farce."
Marx’s wry aside was constantly running through my head last Sunday morning as 300-400 trade unionists and their supporters gathered under Auckland’s soaring Skytower to protest the package of employment law "reforms" Prime Minister John Key was scheduled to announce to the National Party Conference (meeting fifty metres up the street at the Sky City Convention Centre) at 11 o’clock.
Certainly, there’s no disputing the fact that the National Party’s first great package of employment law "reforms" – The Employment Contracts Act – was an unmitigated tragedy for the New Zealand trade union movement.
In 1991, when the ECA came into force, there were roughly 675,000 unionised workers out of a labour force of just under 1.5 million – a union density rate of 45 percent. Significantly, most of those unionists worked in the private sector. Two decades on, union density has fallen to about 20 percent, most of it concentrated in the public sector. In the private sector, barely one in ten workers remain unionised.
But the dramatic fall in union density is only half the tragedy of 1991. The other half was the catastrophic failure of union leadership. To the utter consternation of the National Government, its draconian anti-worker legislation – modelled on the union-smashing laws of the Chilean dictator, Augusto Pinochet - was fastened around the neck of the New Zealand working-class without a fight.
The CTU’s leaders, backed by their public sector allies, bluntly refused to organise (let alone lead) the general strike demanded by an overwhelming majority of the private sector unions. Essentially, if a worker wasn’t lucky enough to have the state as his or her employer, or to work on a large, well-organised site, then he or she was just plain out of luck.
The CTU’s refusal to organise effective resistance to the ECA represents the most tragic and unconscionable failure of leadership in New Zealand trade union history. Hundreds of thousands of private sector workers were simply abandoned to the tender mercies of an employing class that could hardly believe its luck.
I think that’s why there were so many ex-unionists and activists at the Auckland rally on Sunday. We’d all lived through the tragedy of 1991, and now we were in need of some reassurance that the CTU’s 2010 response to National’s second great attack on workers’ rights wasn’t about to play out as farce.
We needn’t have worried.
The swing vote in the 1991 CTU "debate" on whether or not to call a general strike against the ECA had been cast by the Engineers Union. Twenty years later, the Engineers Union’s successor organisation, the EPMU, was among the first to lay down a challenge to the bosses.
Standing on the back of the radical Unite union’s flatbed truck, EPMU official, Bill Newson, declared: "If employers in this country want chaos – we can do chaos."
CTU President, Helen Kelly, reassured the protesters that she’d be seeing them all again soon – "on the streets".
John Key had done what all the militants couldn’t do: he’d left moderate leaders like Mr Newson and Ms Kelly with no other strategy except full-on resistance.
As I enveloped the startled CTU President in a congratulatory bear-hug, I recalled another great quote from The Eighteenth Brumaire of Louis Bonaparte:
"Men make their own history, but they do not make it just as they please ….. The tradition of all the dead generations weighs like a nightmare on the brain of the living."
The CTU only just managed to survive its self-inflicted tragedy – it cannot survive a self-inflicted farce.
This essay was originally published in The Dominion Post, The Timaru Herald, The Taranaki Daily News, The Otago Daily Times and The Greymouth Evening Star of Friday, 23 July 2010.
Posted by Chris Trotter at 18:43

Up to you Chris, but I would have saved the big hug for infliction after the first real engagement. Should we be encouraged by this item buried in the business pages of the Dominion Post of July 24th?

"The CTU's Ms Kelly... discounts the prospect of outright war with the government.
"I don't use such masculine language" she says.
"But we are going to fight this and make sure New Zealanders understand the implications."

Yes, Don, I noticed that too.

I wonder what "Mother Jones" would have made of Ms Kelly.

And I wonder what Ms Kelly would have made of Mother Jones's most famous song:

Well down in Harlan County
There are no neutrals there
You're either for the union
Or a thug for J.H. Blair

I guess time will tell.

Yes, let's stop and remember
our conscience Mother Jones
I hope that Key and Kelly
don't line dance on her bones

Yes, the Unions must unite against this farce of law. How dare people be allowed to make horrible decisions such as 'choice of representation' or 'freedom of association.' People must join the unions for their own good, only we know what's best for them. They must be deprived of the options and challenges that make life so fraught and difficult. We must instruct them on the ways to go, must tell them what is a risk to their way of life and what is only lies. Only through the gradual shift towards our desired utopia will people realize that more choices, options or responsibilities do not make them happy or strong, they only give them stress. This idea of building yourself through work, education, learning and advancement is a myth as those achievements gained through the instruction and work of others and the maintaining of a standard of living by stripping the best of their rewards is the true light of happiness.

Unions have a right to defend the rights of their workers and they can not do this if people continue to choose not to join. We must prove that all workers are guaranteed a job even if they don't want one and that with our maturing leadership and compulsorily increased funding will the Unions finally force everyone to realize how better off they are under our wings and chained there.

Silas, its very hard to discern your point amongst all that abstraction but you should be aware that we have no wings.

Silas' point appears to me to be that workers (and I suppose university students) are entitled to make their own choices about who they wish to associate with and what causes they wish to support. Most NZers appear to have done so without the dubious help of trade unionists buried in a previous age.

Kia ora Max. How is it that so many thousands of NZers have made the choice to work some of the longest hours in the OECD for under $20 an hour?

Our standard of living was higher in a previous age when there was greater union membership. There were penal rates, more job opportunities, fewer leaky homes and diseases of poverty and workers had more say in political affairs, by striking against things like nuclear warships.