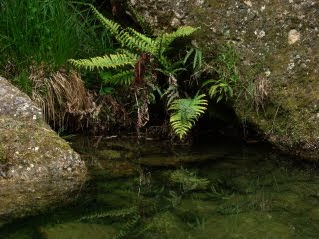 Trotters Creek, North Otago.
WHEN IT COMES to Trotters Creek, I have to admit, I’m biased. My family has farmed that part of North Otago since the 1840s. So, if the arc of rolling hill country between Aorere Point and Shag Point isn’t "home" – then I guess I don’t have one.
The Trotters are not alone in feeling a powerful attachment to the little river that tumbles down out of the Horse Range, through the spectacular limestone gorge that also bears the family’s name, and finally empties into the Pacific Ocean in the shadow of the Moeraki Peninsula at Katiki Beach. Fly-fishermen like the poet, Brian Turner, also know and love Trotters Creek. Hardly surprising when, in the remarkably poetic language of the Otago Regional Council’s own pamphlet: "The river runs with large slow, deep pools combined with shallow riffles." In the words of one local, the creek’s "a little gem at our back door".
But the world around Trotters Creek is changing. When I was growing up the hills and paddocks of North Otago were the colour of a lion’s hide. The constant easterly blowing inland off the sea kept them dry and brown through most of the year. It was mixed farming country: wheat and barely on the flats; sheep on the hills.
Not any more.
The last time I travelled along the coast road between Oamaru and Waianakarua I was astounded to see the countryside had changed colour. Its once tawny coat was now a vivid green. The sheep were gone and everywhere I looked I saw cows, cows, cows.
More shocks were in store. Before settling into the converted flour-mill where we planned to spend the night, I led my family down through the lodge’s garden to splash our feet in the sun-dappled waters of the Waianakarua. But where was the rushing river I had dived into as a boy? Could this flat and shallow trickle really be the Waianakarua of old?
What had happened to the water?
Now I understood the dramatic change in North Otago’s colour. Dairying, like a verdant blush, has swept over the landscape’s hills and valleys. The "White Gold Rush" it’s been called, and just like the real thing this new wealth cannot be extracted from the earth without using water – lots and lots of water.
Not even Trotters Creek has escaped the irrigator’s insatiable thirst. It was around this time a year ago that the Otago Regional Council proposed increasing the amount of water "abstracted" for irrigation by reducing the river’s minimum summertime flow-rate to just 10 litres per second – the Trotters, unsuccessfully, bid for 20 litres per second. An appeal was lodged with the Environment Commissioner back in March – but I’m not holding my breath.
Rumours are rife in the community that the Otago Regional Council is running scared of the law-suits that suddenly materialise whenever an extended water-right is denied. Not all the dairy farmers participating in the White Gold Rush are individuals, or even families of dairy farmers. More and more of them are "persons" only in the legal sense that a body corporate can be a person – and they do not lack for money.
That Coastal River Communities and the Waianakarua River Community Users group threw themselves on the mercy of the Parliamentary Commissioner for the Environment, Dr Jan Wright, rather than try the Environment Court, is because they lacked the funds necessary to present an effective case. That, and the risk of being required to pay the defendant’s legal costs if they lost.
There’s an uneasy feeling abroad in rural New Zealand these days that a coalition of wealthy, publicity-shy, but very well-connected "developers" are hell-bent on constructing a new kind of countryside – and they’re not the sort of people you want to cross.
This climate of fear is something new. Time was, when the local community got together and presented a solid case to their district and/or regional councillors, there was every chance of the community’s wishes being respected. Now it’s different. Now things aren’t so much changing as being changed – and there’s precious little the locals can do about it.
Just one generation ago the cry would have been "Vote the rascals out!" But it’s not that simple anymore. If there’s any real prospect of old-fashioned democratic controls being imposed on these "developers", then, as the people of Canterbury have discovered, democracy itself can be left to lie fallow for a few years.
In 1889 The Temuka Leader denounced an arrogant rural oligarchy: "Born in the lap of luxury, brought up in exclusive social circles, educated to regard themselves as superior beings". Are grasping landowners with bulging bank balances and big-city law-firms about to reclaim their lost ascendancy?
Is the family farm destined to become an endangered species – along with all those little rivers bearing family names?
This essay was originally published in The Press on Tuesday, 6 July 2010.
Posted by Chris Trotter at 15:34

Thanks dude for the long version of
the known fact that
Resource Management Act is a dog and should be repealed in its entirety.

Unfortunatley I think the corporate farm is the way of the future. With the family farm battered by low product prices (the recent dairy boom being an overated exception), input costs rising out of comparison to product, increased compliance and environmental costs and in 2015 the ETS on animal emmissions I struggle to see how a smaller farm without the economy of scale and access to outside capital can compete. This is compounded by larger farms able to negoiate better deals from processors and suppliers.

Being a family beef farmer myself (and in the top 10% re profitability)I have managed to make ends meet and also fence off my streams etc but it is increasing difficult. It is inevitiable that many like myself will eventually sell our sustainably run finishing blocks as dairy runoffs. And given that virtually all land purchasers in my area since about 2000 have been the corporate boys no guesses as to who will buy.

It is interesting to note that the Landcorp purchase of the Crafer Farms is in conjunction with a corporate farming company. Personally I have some off farm work in a differing industry, so will hang in as long as I make a few bucks but if things fall too far will sell and just do something else. I will miss it though.

Nice work Chris, I have been hot on this issue since Ruth Richardson in the early 80s was in favour of the MOWD at tax payer’s expense ripping water from the Canterbury rivers and irrigating. Funny how she moved to user pays, says something significant about her regard for plundering the public domain. She is currently heavily involved in the corporate water rush in the same region, enough said.

Your comments about this “milk fats” rush hit a chord; I have in my lifetime seen in both islands an almost total collapse in the quality of the lowland trout fisheries, and a serious decline in the associated ecology. The common factors are water extraction and fertilizer run off. The sad bit is that this rush is predicated on unsustainable practices, principally dependence of artificial fertilizers and cheap energy. When these disappear as they inevitably will we will be left with the mess and a lot of bankrupted corporate entities. It will end the same way as the kiwifruit, venison, angora rushes.

You are right about the power of the shadowy interest groups behind this industry, and the consequent fear. It’s much the same throughout the corporate sector; we are playing for high stakes. Its neo feudal serfdom versus democratic freedom.

Are you sure it was an easterly that kept those hills a tawny brown, Chris? It wasn't a previous generation of farmers abusing the land, just in a different way? By overstocking with subsidised ewes, by ripping out native bush on unproductive land to plant grass, that has now turned to gorse?