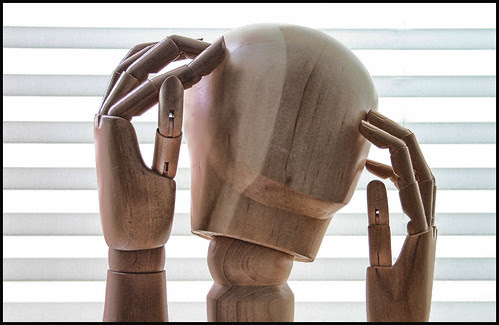 Perfectly Calm: 2010 was year characterised by the politics of denial.
‘WE HAVE MAINTAINED a silence closely resembling stupidity." Do you remember who said that – and when?
The words belong to Neil Roberts, New Zealand’s only suicide bomber. He spray painted them on a toilet wall shortly before blowing himself to pieces outside the Wanganui Computer Centre on 18 November 1982.
Thirty years ago, when personal computers and cell-phones were still in their infancy, the Wanganui Computer Centre loomed large in New Zealanders’ imagination as the ultimate symbol of the "Big Brother" state.
Fourteen months after the massive upheavals of the Springbok Tour, and just 9 days shy of the first anniversary of Rob Muldoon’s re-election, the 22-year-old anarchist and punk rocker, despairing of his fellow citizens’ commitment to freedom and democracy, detonated a carry-bag-full of high explosive directly outside the Wanganui Computer Centre’s front doors.
While Neil Robert’s acute depression found an extreme form of self-expression, he was by no means the only person alienated from New Zealand society under Rob Muldoon.
Paradoxically, the supreme effort of the preceding year, when tens of thousands of Kiwis rose up against the suffocating conservatism of the Muldoonist regime, had only made things worse. For young idealists like Roberts it seemed as though the country had turned a corner. But, almost as soon as the Springboks boarded their flight to Johannesburg, the great tide of anger and frustration which their visit had occasioned began receding. Far from wanting to carry the revolt against Muldoonism to new heights, most of the anti-tour protesters could not escape fast enough into normalcy.
By November 1982, the National Party’s grip on New Zealand had regained its full strength. A wage and price freeze had reduced the economy’s machinery to a slow grind. Unemployment was rising rapidly. And Labour’s new leader, David Lange, had yet to hit his stride as Opposition leader. The whole country seemed to have retreated into itself.
For thousands of young people the words of Blam Blam Blam’s "There is No Depression in New Zealand" had taken on the ring of prophecy.
But we’re as safe as safe can be,
there’s no unrest in this country
We have no dole queues,
we have no drug addicts,
we have no racism,
we have no sexism, sexism, no, no
It was this: New Zealanders’ wilful political denial; their sullen, self-defeating silence; that Neil Robert’s bomb was intended to shatter.
Today, nearly three decades later, both Neil Robert’s name and the final devastating act of his tragically short life have fallen victim to the collective historical amnesia that allows New Zealanders to repeat their political, economic and social mistakes over and over and over again.
Reviewing 2010, I cannot escape a feeling of déjà vu. The route John Key has chosen may differ markedly from Rob Muldoon’s, but he has led New Zealand back to all the old familiar places.
We are gripped by the same collective urge to deny the evidence of our eyes and ears. As if the dismissal of the Canterbury Regional Council; the creation of Auckland’s "democracy-proof" CCOs; the Canterbury Earthquake Reconstruction and Recovery Act; Simon Power’s and Kate Wilkinson’s relentless stripping away of our civil and workplace rights; and the extraordinary expansion of the State’s search and surveillance powers; are happening in some other country – to some other people.
There’s that same sullen refusal to be moved by the plight of our fellow citizens. Paula Bennett’s hand-picked razor-gang terrorises the sick, the disabled, and the solo mums. Judith Collins privatises the administration of misery. Nick Smith dismantles the world’s most successful no-fault accident compensation system. Sir Peter Jackson (to the frenzied cheers of the news media) pummels Actors Equity to a bloody pulp.
And what do we do? Sod all.
New Zealanders appear to have forgotten how to resist their government. That glorious anti-mining march aside, there’s the same "What’s the point?" fatalism that seized the country following the Springbok Tour and Muldoon’s subsequent, demoralising, success at the polls.
Neil Roberts never got to see what happened after his bomb went off. We are luckier. Looking back, it’s clear that New Zealand’s "silence closely resembling stupidity" was not maintained. In less that two years, change came – and on a scale young Neil could scarcely have imagined.
For me, at least, that’s an encouraging thought to take into 2011.
This essay was originally published in The Timaru Herald, The Taranaki Daily News, The Otago Daily Times and The Greymouth Star of Friday, 31 December 2010.
Posted by Chris Trotter at 09:59

Is it any surprise that there is widespread silence about, and for many a lack of awareness of, the anti-democratic and anti-worker policies of NAct, when our MSM fails to hold the government to account in their headlines and front page stories? (The parts of the MSM that a large proportion of people don't read beyond).

I logged on to Stuff this morning, to find the article at the top of the page has the headline PM Passes the Test The article fails to look critically at the performance of Key and his government, and praises him for still being popular in a year of disasters.

Problem is - that when we emerged from the the silence - partly through the help of dissident nats such as Minogue and Waring - we ended up with Rogernomics, King Stork rather than King Log

2011- Predictions for the Left in Aotearoa and overseas.

In March, they will be joined by striking workers in McDonalds and Burger King

In June, the eyes of the world will be on NZ in the uprun to the World Cup. Hotel workers and Security workers will join the strike wave. There will be major marches against low pay and co ordinated strike action.

Those in favour of a New Left Party who will be at the centre of this campaign for low paid workers will meet over the next six months. The possibilty of gaining three or four New Left MPs is a certainty if Hone joins the new party. It would be a far better political development than the resurgence of a racist NZ First.

The global economic crisis will continue to deepen. The government parties in Ireland will be wiped out in a March election, with a massive swing to the Left- Labour, Sinn Fein and the United Left Alliance will all do very well.

Unions will join the student revolt in Britain in late January- watch out for the new leader of Unite UK joining with Mark Serwotka of the PCS.

Across the rest of Europe, general strikes will continue to mobilise the workers of Greece, Spain, Portugal and France. The crisis will also spread into Italy, Eastern Europe and other weaker economies. The potential for the Left to organise a European wide General Strike will be the prize of 2011.

I showed your blog to Neil Grange who now lives in California and he was amazed that his book of songs was still remembered, thank you, Ed Manson.

Paula Bennett’s hand-picked razor-gang terrorises the sick, the disabled, and the solo mums.
......
That is pure rhetoric and an insult to middle New Zealand.

Just reading Naomi Klein's highly regarded book "The Shock Doctrine" (2007). The use of a crises to provide an opportunity to drive aggressive change is the dominant theme and one which we have experienced first hand as National follows Friedman's economic philosophies of change. When the public are convinced a crises is occuring then enormous change is accepted and when change happens on multiple fronts, apathy reigns.

But surely there have been protests of late - but they seem to all have focused on the former government. Weren't there protests over the Electoral Finance Act? What about S92 of the Copyright Act? What about the Foreshore and Seabed bill?

And what about John Minto and his campaign against an Israeli Tennis player?

"Paula Bennett’s hand-picked razor-gang terrorises the sick, the disabled, and the solo mums."

A good description of reality. I can't see what jh is caviling about

Just to run debate off topic to comments I'd like to thank Joe for bothering to put his press release here. While I agree it's a call to action it leaves questions.

How is the party funded? Many ways are quite fine, even fine with Unite funding it. If it's funded through the tax money that MacCarten has failed to pay then it's a shame. Why ask the government to do more if you refuse to pay it so it can?

Are the strikes already decided on? If so, why bother with negotiations? Previously a Unite spokesperson mentioned this campaign (can't remember who it was) and stated that it wouldn't happen if negotiations went well. Has this changed and the strikes are going to happen anyway? If so this release would work to give a case against Unite for failing to negotiate in good faith. Dangerous ground, and the Unite members at my work were confused about the whole thing, but interesting to see how big it gets and if the other unions join in.

Hope stems eternal Chris, but I wouldn't look to parliamentary parties for it!

People are apathetic precisely because ALL the parties have betrayed us- whether Labour under Douglas, then Clark (and her population growth brings economic growth - a pyramid scheme!), or the Greens 'saving capitalism from itself'. ACT and National abuse of NZ speaks for them.

Yes, we need a better media, and parliamentary reform, or better yet, revolution! But the boomers who hold sway over most NGOs, unions and parties seem unwilling to change anything. Haven't you railed against Goff, urging him to adopt some policy the electorate could vote for? Yet Goff and cronies do not budge.

In such circumstances, Key's free marketeers will seize the opportunity to ram through as much liberal capitalism as they can, and lock it down.

We don't need another left party, to repeat the saga of the Alliance and Greens. We need the vision of a NZ without capitalism, and how we can move to that...