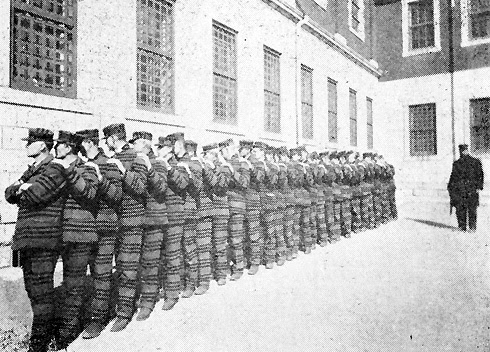 All Together Now: Like the prospect of a hanging in the morning, a looming election concentrates the mind wonderfully. The brief interregnum between Helen Clark's departure and the bedding-in of Phil Goff's leadership, during which the rank-and-file's influence over Labour policy dramatically increased, appears to be over, and once again the parliamentary and organisational wings of the party are marching in lock-step.
“EXCLUDING THE MEDIA might be okay if you were 20 points ahead in the polls”, mused the senior political journalist seated at the end of the table, “but when your 20 points behind? Where’s the sense in having journalists hanging out in coffee shops?”

His colleagues, sipping their espressos, lattes and flat whites at Felix’s on Wakefield Street – just across the street from the Wellington Town Hall where the Labour Party was busy conducting its election-year congress behind closed doors – could only nod their heads in agreement.

The “tradition” (if a practice dating back to 1993 warrants such a term) of excluding the news media from all but the four or five set speeches at Labour’s election-year get-togethers was born of the paranoia that gripped the Helen Clark-led party in the aftermath of the fratricidal blood-letting of the 1980s.


Veterans of the Rogernomics era vividly recalled the 1987 Labour Party Conference where delegates actually booed and hissed the architects of the first two-term Labour Government since the war.


It was precisely this sort of carry-on that led the Labour MPs of that era (including Helen Clark) to view the party organisation as an ungrateful and dangerously unpredictable beast which, at the drop of a contentious policy remit, was perfectly willing to admonish and embarrass its parliamentary representatives while the news media gleefully reported every rhetorical slap and symbolic head-butt.


The decision to uphold the tradition of keeping the media out of Labour’s policy workshops in election year – in spite of the party’s parlous position in the polls – speaks eloquently of both the parliamentary and the organisational leaderships’ determination to lower rank-and-file expectations of exactly how far and how fast the party can be steered to the left.


The contrast with the 2010 conference could hardly have been starker. The buzz that greeted journalists as they entered Auckland’s Aotea Centre last October was unmistakeable. The excited talk back then was all about the party being ready, finally, to take itself out of the neoliberal consensus. Former Alliance members, now back in the Labour fold, grinned smugly and whispered behind their hands that, at long last, the likes of Phil Goff, Annette King and Trevor Mallard had seen the light.


Seven months later the mood of the Labour rank-and-file is much more subdued.


The vicious public backlash against the attempt to improve the wages and conditions of Actors Equity’s members – alluded to triumphantly by the Prime Minister, John Key, only last week in his castigation of Labour as “Hobbit Haters” – caught the labour movement almost entirely off-guard.


The message: that the electorate was nowhere near as ready to embrace radical gestures as the party rank-and-file; was not lost on the more conservative elements of Labour’s caucus.


The result has been a much more engaged caucus when it comes to defining the parameters of Labour’s election policy.


The decision of this year’s Congress organisers to invite 2010 New Zealander of the Year, Professor Sir Paul Callaghan, to deliver the keynote address was a clear signal that Labour’s economic policy was veering back towards the sort of thinking that first hit the headlines at the Helen Clark-sponsored 2001 Knowledge Wave Conference.


Sir Paul’s prescription: that New Zealand can only catch up with Australia by fostering the sort of high-end, high-tech manufacturing represented by exporting firms such as Rakon and Fisher & Paykel Healthcare; indicated, perhaps, that reports of the death of Labour’s “Third Way” had been greatly exaggerated.


This notion was reinforced by Phil Goff’s announcement that Labour would be offering manufacturers $800 million worth of tax credits for Research and Development (paid for by the agricultural sector entering the Emissions Trading Scheme two years earlier than planned) and lifting the minimum wage to $15.00 (a brutal but effective way of weaning New Zealand employers off the teat of cheap labour and forcing them to tool-up and innovate their way towards profitability).


Annette King’s policy announcement: that Labour will be “investing in and supporting people who are willing to raise children” was less impressive. Her proud boast that the next Labour Government would “eradicate child poverty in New Zealand” rang tragically hollow in the absence of any firm commitment to restore the purchasing power of the Domestic Purposes Benefit to pre-1991 levels.


While 225,000 children are being raised on the demonstrably inadequate post-Jenny Shipley DPB, child poverty can only endure.


Labour’s 2011 Congress marked the end of the heady period of radical policy innovation that followed the departure of “The Boss” to UN headquarters in New York. Like the prospect of a hanging in the morning, elections tend to concentrate the mind wonderfully. That the responsibility for determining policy and strategy would be reclaimed by Labour’s parliamentary wing was inevitable.


And, like artists, MPs know that you never show children – or journalists – unfinished things.


This essay was originally published in The Press of Tuesday, 24 May 2011.
Posted by Chris Trotter at 10:39

The old FoL used to haul their conference into committee at the drop of a hat. "Because the capitalist press always tells lies" Bill Andersen would advise us.
Well, ok, but I thought then and still do that the main reason was to keep the grubbiest laundry away from the eyes of the working class.
Thanks for exposing the most recent example of furtive blind alley politiciing. The Labour party will hang on for a bit yet, but expect those who play the same lame game to go the way of the frashuna labour.

Eliminate poverty amongst children? Just like they close the gaps?

Pleased to see Labour slumping a bit more in the latest Roy Morgan poll - just 28% now - hopefully more workers will get the message that Labour are unreconstructed liberal capitalists, and vote accordingly (against Labour) this election.

Time to wipe Labour out - for the sake of the working class. We can't afford Labour soaking our support, and selling us out to their filthy rich mates.

National stab you in the front, Labour in the back. I'll look for friends without knives thanks!

"Annette King’s policy announcement: that Labour will be “investing in and supporting people who are willing to raise children”"

That's utterly creepy. There is a real backlash among Kiwis against paying for professional staff to raise kids when the parents can't be bothered. Hard issue to tackle, but more focus on getting parents to look after their kids would help, instead of King just 'investing in and supporting' with more blank cheques.

If nothing else, Winston in the House would keep our Great and Glorious Leader awake at night :-)

"...and lifting the minimum wage to $15.00 (a brutal but effective way of weaning New Zealand employers off the teat of cheap labour and forcing them to tool-up and innovate their way towards profitability)."

Is there not a high chance that this tool-up leads to less jobs? It's a pretty well known consequence isn't it? Why is the left pushing this?

Should be " fewer jobs" BevanJS, but that's not the point.
Let's put this pointless ancient argument to bed forever.
Surely the minimum requirement of any job is that its posesser can live off the bloody thing.
Otherwise you're arguing for mass starvation pure and simple.
Not one of the sanctimonious ' more pay = job loss I've ever met are on less than the minimum wage themselves so why do they merit a hearing.

When I did economics, even the textbook said that the effect of increasing the minimum wage on jobs was marginal if anything.

Excuse me Chris, but the DBP pays handsomly. For goodness sake, it is just handed to single parents, there for the asking. Poor old taxpayer goes out and works their butt off to pay for this luxury. NZ does not have a bottomless goldmine (or not one that we're allowed to mine, anyway)....

Our welfare state is an overblown fat balloon, a weight on good citizenry, and a shame for all those kids, who do not see their parent go to work for the greater good.

Hands out, not up. Remember that one? Yes, a Labour saying, I believe. Hands up...not out.

Lets make the minimum wage $50 per hour and solve all our problems.