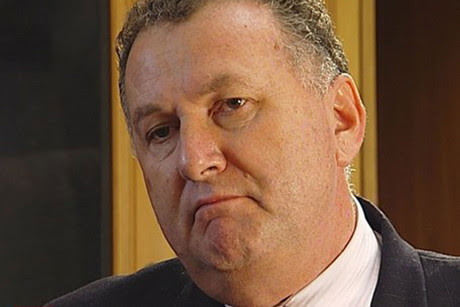 Unusual Circumstances and Decisions: Somehow the Auditor General's finding that Shane Jones did not act improperly in granting citizenship to Labour Party donor Bill Liu has been taken to mean that he did not act unwisely. The decision to return Mr Jones to the Opposition front bench raises serious questions about the efficacy of Labour leader David Shearer's moral compass.
HERE’S A QUESTION for Labour. When confronted with evidence raising serious questions about the judgement of a senior caucus member, what should its leader do?
Should he measure the member’s actions against his own beliefs about what constitutes right and proper conduct in someone holding a ministerial warrant?  Examining the facts of the case, should he ask himself how he would have acted differently? Should he take moral stock of the environment in which the member’s actions occurred? Paying special attention to the actions of the member’s staff, should he ask himself whether he would have felt comfortable working alongside them? Would he have trusted their advice?
Or, should he simply outsource the whole job to the Auditor General?
On Tuesday afternoon Auditor General, Lyn Provost, announced that her office had found “no evidence there was any improper motive, collusion, or political interference” in the decision of Immigration Minister, Shane Jones, to authorise New Zealand citizenship for the mysterious Chinese businessman, Mr Yang (“Bill”) Liu.
Ms Provost did admit to there being a “combination of unusual circumstances and decisions” associated with the case, and that it was “not surprising” that people had started asking questions.
“We found reason to criticise most of those involved in different aspects of the decision-making process” Ms Provost reported. “In the public sector, decisions not only have to be right, they have to be seen to be right.”
No sooner had the Auditor General’s report been released than the Labour Leader, David Shearer, announced that Mr Jones would be returning to the Opposition front bench.
Disregarding the chain of “unusual circumstances and decisions” and the Auditor-General’s criticism of “most of those involved”, Mr Shearer decided that the absence of any conclusive evidence of serious impropriety was the sole criterion Mr Jones needed to satisfy to ensure his complete rehabilitation.
And this, lest we forget, was after Mr Jones, as Associate Minister of Immigration, had refused to accept the advice of Immigration Department officials that Mr Liu, a man under investigation in New Zealand, on suspicion of organising multiple identities, and wanted for questioning by the Chinese authorities concerning allegations of fraud, be denied New Zealand citizenship.
In spite of his officials’ doubts, and aware that the only reason he was handling the case was because the Minister of Immigration, Rick Barker, had recused himself on the grounds that he was personally acquainted with Mr Liu (as was at least one other member of the Labour caucus) Mr Jones approved Mr Liu’s application for citizenship.
We are told that Mr Jones was warned by one of his staff that if Mr Liu was repatriated to China he would likely face execution by the Chinese authorities – who would then harvest his internal organs for use as transplants. This information apparently weighed heavily in Mr Jones’s decision to reject his officials’ advice.
Mr Liu’s relationship with at least one Labour Cabinet Minister and one Labour MP does not, however, appear to have ever placed his application at serious risk of failing the political “sniff test”.
Mr Shearer, alone, knows why the decision-making surrounding Mr Liu’s application for citizenship offers no impediment to Mr Jones playing a key role in a future Labour-led Government.
The New Zealand public, on the other hand, can easily be forgiven for wondering how the Auditor General’s finding that Mr Jones did not act improperly has somehow been construed to mean that Mr Jones did not act unwisely. Is he truly innocent of any failures of judgement that a Labour leader keen to run a tight ethical ship might see as good reasons for keeping him away from ministerial decision-making in the future?
The Liu Report was always going to be as much a test of Mr Shearer’s ethical standards as it was of Mr Jones’s handling of Mr Liu’s citizenship application. The Auditor General has given Mr Jones a pass. Can we say the same for the efficacy of Mr Shearer’s moral compass?
This essay was originally published in The Dominion Post, The Waikato Times, The Taranaki Daily News, The Timaru Herald, The Otago Daily Times and The Greymouth Star of Friday, 15 March 2013.
Posted by Chris Trotter at 09:43

Bit bias this comment as i find Mr Jones to be a pompous arrogant being, strutting around Parliament like a peacock in show.

Labour are desperate for a front bench, that can bounce retorts to the very effective and mind agility of this present front bench corporate rule,and Jones can do that,however arrogant he would be as a Governing Minister.

There seems to be a large undercurrent of presumption in this post, i.e. that Mr Liu is unsuitable candidate for citizenship. Yet all I read about are "concerns" from immigration officials and vague references to multiple identities etc.
The public are also entitled to wonder wonder about the soundness of such information given the fate of a certain Mr Ahmed Zaoui in NZ as a result of information from similar sources.
I would prefer concrete and tested allegations to whispers.

Read the AG's report, Richard. And then scratch your head at her conclusions.

In another jurisdiction, the USA, for example, I suspect Mr Jones would not have fared so well.

I read today theat the AG has shares in SkyCity.

If this is true it gives a good indication of her ability to assess the ethics of a situation.

I note the recent revelations over David Shearer's "lapse of memory" in declaring his offshore banking arrangements to the IRD but "forgetting" to do likewise to the House of Representatives.

It seems that the lack of a moral compass extends beyond the bounds of periodic bouts of unseemly behaviour from Shane Jones.

Shearer's "beliefs about what constitutes right and proper conduct" seem to be flexible to an unsettling degree, and set an unsavoury example for his colleagues.

Good read. Took me a while to figure out who the object of encomia and obloquy is. Learned two new words today. To see more info please visit essayswriters.org/academic-writing. Just kidding lah!