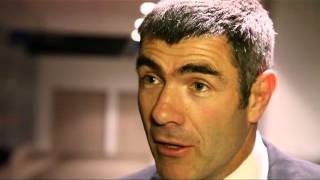 Nothing On Paper: “It seems that the Chinese customs people are having trouble recognising our new stationery.”
“AH, MINISTER, thank you for getting back to us so swiftly. We appear to be having a wee bit of a problem getting our sheep meat consignments across the Chinese border.”
“Oh? What sort of problem?”
“Well, it seems that the Chinese customs people are having trouble recognising our new stationery.”
“I’m sorry? Did you say stationery?”
“Yes, Minister. It seems they don’t recognise the forms and certificates issued by our new Ministry of Primary Industry.”
“Oh, for God’s sake! Our people in Beijing did advise them of the change – didn’t they?”
“Oh yes, Minister, of course – months ago.”
“Well, what’s the bloody problem then?”
“I can’t say for sure, Minister, but one or two of our people in Beijing – and one or two of us here in Wellington, for that matter – are of the view that the Chinese government may be sending us a little message.”
“Message? What on earth do you mean? What sort of message!”
“Well, you know the Chinese, Minister. Their messages can be very subtle – oblique even.”
“They’re not the only ones, mate! So, come on, that’s enough beating about the bush, what message are the Chinese trying to send – and to whom?”
“We think there may be a number of intended recipients, Minister. First and foremost there’s the Government. And, after the Government, we suspect there’s the whole primary production sector: dairying, meat and wool, kiwifruit – the whole shebang. And there may be a number of individuals. The Prime Minister, obviously, but also the Minister of Foreign Affairs and Trade, the Minister for Trade Negotiations, and yourself, of course.”
“Bloody hell! Go on.”
“We are of the view, Minister, that the timing of the current difficulties with Chinese customs may have more than a little to do with the meeting of the US/NZ Partnership Forum in Washington. You’ll be aware, Minister, that there is growing unease in Beijing about the pressure the Obama Administration is applying to those involved in the negotiation of the Trans-Pacific Partnership Agreement.”
“Yes. Obama wants it wrapped-up by October.”
“Er, yes, Minister. Quite. The President is noted for his optimism on these matters.”
“What? You think that deadline’s optimistic?”
“Suffice to say, Minister, that there’s about as much chance of a squadron of pig-shaped American drones flying over the Beehive in formation as there is of the TPPA being concluded by October. But that is by-the-by. It’s not President Obama’s enthusiasm for the TPPA that has the Chinese vexed, Minister, it’s ours.”
“What? But that’s ridiculous! The TPPA was our idea – of course we’re enthusiastic about it!”
“To be fair, Minister, what New Zealand had in mind, originally, was a small trade agreement involving a small number of small countries. What the TPPA has grown into, at least as far as the Chinese are concerned, is a large trading bloc, dominated by the United States, and pointed like a dagger at China’s export-dominated economy.”
“Nonsense!”
“Yes, Minister, but not to the Chinese. In their eyes the People’s Republic conferred upon New Zealand the singular honour of being the recipient of its very first Free Trade Agreement with a modern capitalist economy. In very short order that agreement has made China New Zealand’s largest and most important trading partner. Laid before us are 250 million middle-class Chinese consumers, and the prospect of the People’s Republic becoming this country’s twenty-first century equivalent of the insatiable British market. Of Shanghai and Guangzhou becoming the oriental versions of Tooley Street and Smithfield.”
“So?”
“So, perhaps, Minister, the Chinese are wondering if we really want a new Tooley Street and Smithfield. Perhaps, they hear Mr McCully waxing eloquent in Washington over the TPPA, and wonder if he’s convinced the USA’s about to offer us a much better FTA. Perhaps, Minister, the message China’s sending us is that if the Americans are now so willing to accept our agricultural exports, then China will happily leave them sitting on the docks for Uncle Sam to collect.”
This essay was originally published in The Dominion Post, The Waikato Times, The Taranaki Daily News, The Timaru Herald, The Otago Daily Times and The Greymouth Star of Friday, 24 May 2013.
Posted by Chris Trotter at 08:40

Maybe you have hit it on the head Chris. Given our FTA with China and our relationship there must be more to them blocking >$60m of meat exports, knowing that these are perishable. National are a class act, they pretty much stuff up everything they touch. They have stuffed up the MRP float (I would be very surprised if Meridian float goes ahead with MRP shares languishing at $2.50), they are now stuffing up our relationship with our No1 export nation. I dont have to mention all of their other stuff ups.
Sadly if it wasnt for the Christchurch earthquake I would imagine that National would have pretty much sent NZ down the gurgler...a hopeless bunch.

Have you noticed how keen our politicians are to negotiate with foreign powers where they hand over some sovereignty in exchange for better trade access. You see economic activity requires rules and institutions. Trade negotiations are basically about what rules and institutions will be used, is Pharmac monopoly drug buying ok etc?

But sovereignty can be handed down as well as up. The new Auckland Supercity has been asking for more taxation power so it can compete better with other international cities. Rebuilding Christchurch is a central not local controlled process. Key basically ignores all local requests.

Is that because meetings in Beijing etc with world powers is more satisfying than dealing with lowly kiwis in Auckland or Christchurch?

And if we had internationally competitive cities wouldn't that diversify our economy whereas if we negotiate a successful trade deal with China or the US it just continues our farm produce economic dependency?

He never thought to ask?

Talk about a Nat born to rule attitude.

The Chinese market is of no consequence?

Guy is not ministerial material.

You may well be right, Chris

Two rival hegemons and one very small country trying to please them both!

Who ever thought it would be easy?

Any politician sitting directly behind the Prime Minister,has the Parties nod for better things.

Guy, is going to be sticking around for some time, outside a ailment.Is he worth ridiculing, off course.Is not he, and his corporate friends ideals a massive contribution to our societies whoe!s.

It is a bit scary that in order that the economy prospers we could be leaned on to allow any number of those 250 million middle class to live in New Zealand. Wayne Mapp has stated: "One thing is absolutely clear, Auckland will grow to 2.5 million in 30 years."*

so we could have no control over immigration policy. Perhaps National recognises the problem of being tied to the worlds most environmentally challenged country?