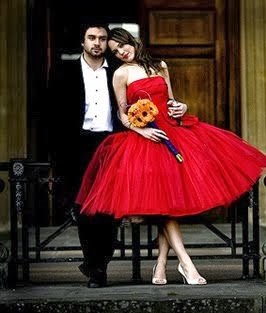 An Important Reconnection: The Labour Party rank-and-file have elected themselves a leader determined to reacquaint the Party not only with the broader labour movement, but also with the progressive yearnings of a battered New Zealand electorate.


IT WAS ONE of the most shocking episodes in television history. Those who had not read George R.R. Martin’s Game of Thrones watched with rising horror as a large percentage of the television series’ most sympathetic characters were brutally butchered before their disbelieving eyes. Not for nothing was House Frey’s massacre of Robb and Catelyn Stark, Robb’s pregnant wife, and 3,500 of House Stark’s loyal bannermen dubbed “The Red Wedding”.
Nor was Martin forced to rely solely upon his (excessively?) bloodthirsty imagination when writing this memorable scene. History furnishes many grim precedents for the all-encompassing massacre of political rivals.
Nearly 1,600 years ago the Anglo-Saxon chieftains Hengist and Horsa invited Vortigen and his Romano-British supporters to a great feast to celebrate the pact of peace which their two warring armies had just concluded. But, unbeknown to their guests, the Saxons had concealed daggers in the soles of their boots, and at the cry “nima der sexa!” – “bring out the knives” – Hengist’s and Horsa’s men fell upon their 300 weaponless guests and slew them.
This terrible betrayal of the ancient laws of hospitality was remembered as “The Night of the Long Knives” – a name which, 1,500 years later, was joined to the equally bloody purge of Adolf Hitler’s political rivals on the night of 30 June 1934.
Inevitably, there will be some who reach for the “Red Wedding” or “Night of the Long Knives” metaphors to describe the (readily predictable) demotion of a handful of the newly-elected Labour Leader, David Cunliffe’s, bitterest caucus opponents.
In the five days since his decisive first-ballot win on Sunday, four of Mr Cunliffe’s most formidable adversaries: Trevor Mallard, Chris Hipkins, Darien Fenton, and his principal rival for the leadership, Grant Robertson, have lost their jobs.
Not so many casualties really – and none of them the least bit surprising. Into each change of leadership a little blood must fall.
The real Red Wedding occasioned by Mr Cunliffe’s triumph has been the restatement of the marriage vows binding Labour’s parliamentary contingent to the wider party organisation. The two had been growing apart for years – to the point where following last year’s annual conference a divorce seemed imminent. What rescued the partnership? The party’s rule changes.
In the past, the newly-elected MP’s primary political focus had been the relationship he or she enjoyed (or endured) with his or her caucus colleagues. These were, after all, the people who could push an ambitious MP up the greasy poll of politics – or keep him down. But now, thanks to the new rules, Labour MPs not only need to remain on good terms with their caucus colleagues, but they also need to further the policy objectives of the party’s rank-and-file and address the needs of its affiliated trade union members.
This reaffirmation of the bonds between the party and its MPs may yet prompt a larger and much more important reconnection.
For most of its history New Zealand has been defined by the achievements of two great progressive political parties: the Liberals and Labour. The century-long quest for security and equality which they began so enthralled the New Zealand electorate that not even the Liberals’ or Labour’s political opponents dared to step outside, or challenge, the overarching social consensus they had fashioned.
Certainly, only Labour enjoyed the popular trust and confidence required to establish a regime whose steady elaboration would not only shatter that consensus but open up a vast gulf between the labour movement and New Zealanders’ progressive instincts.
What’s more, the fourth Labour Government’s embrace of neoliberal economics freed the Right of New Zealand politics from the constraints of a consensus which had drawn its teeth and blunted its claws.
One of the principal enablers of Labour’s treachery was the parliamentary caucus’s essential autonomy from the party and, by extension, the people the party was founded to represent. With no need to heed the will of the party, the personally and politically ambitious were able to go on exploiting Labour’s key institutional weakness.
Not any more. The Labour Party’s recent constitutional reforms allow the rank-and-file membership to put a collar on caucus-centred ambition. And now they’ve elected themselves a leader determined to reacquaint the Party not only with the broader labour movement, but also with the progressive yearnings of a battered New Zealand electorate.
A very “red” wedding indeed.
This essay was originally published in The Waikato Times, The Taranaki Daily News, The Timaru Herald, The Otago Daily Times and The Greymouth Star of Friday, 20 September 2013.
Posted by Chris Trotter at 09:16

Great – now if they could only reconnect with the people they are supposed to represent.

Is Cunliffe's Labour Party up to the task?

You're not wrong David. THAT'S the biggest social engineering project of the 20th century, ensuring the debate on neo liberalism is shut down by making sure there's no alternative voice heard. Dwarfs anything Clark is accused of.

I think I have mentioned this before: the 4th Labour Government's (sudden) economic policy wasn't 'treachery' but PRAGMATISM in the wake of the mess Muldoon left them. Surely pragmatism is no bad attribute for a government?

you raise a very relevant issue.

I was a labour party stalwart for many years up to 1984.

After that I quit.

Everything Labour stood for prior to 1984 was betrayed by Prebble and Douglas.

There is an entire generation unaware of the politics of equality whereby everyone has "a fair suck of the sav" as distinct from yhe politics of freedom where "devil take take the hindmost" rules.

Democracies are founded on both freedom and equality.

We have had a generation of "freedom" propaganda and sfa of the "equality" balance weight.

Which is why we have an Hawaiian Wall Street trader as PM.

Pragmatism? You must be joking right? Unfortunately you're not though. It was pure ideology, proven by the fact that Douglas & Co are still touting it, even though it's completely bankrupt as an idea. There were other ways out of the mess besides ruining the economy and pauperising half the population.

Allan R - I don't think that Chris and supporters will EVER realise the truth of what you say. This column reminds me more than anything of a group of dinosaurs talking nostalgically about the 'good old days' and how socialism works so well when history is littered with its failures.The evidence of the damage that welfare ultimately does is all around us and still they don't see it....and never will. Chris validates his working class roots by saying he worked at some manual jobs-we all did in those days as students and that he married a 'working class girl' as I did. The working class I grew up in doesn't exist and hasn't for 40 years or more.

I find it interesting that the far right sit around talking nostalgically about the days of Roger Douglas, in spite of the fact that completely bankrupt philosophy which hasn't worked in making New Zealand prosperous. And of course the damage caused by the lack of social welfare is obvious and all around us. See jigsaw, my assertions have just as much weight as yours :-).

Guerilla Surgeon- I have never said that your opinions are not worth considering! Puting words in my mouth is a most unpleasant habit -much better to actually address the arguements. The biggest test of what Roger Douglas did is to see how little of what he did has been replaced even by Helen Clark's government. The other thing of course is to examine what happened in context. I am reading David Lange's book right now (written of course in retrospect!) and it reminds me just how inept Muldoon was and how the problems he created piled up and had to be dealt with. I can't say I agreed at the time and I doubt that he didn't make many errors but it got us out of the mess that Muldoon had made. Muldoon of course was a socialist in what he did if not in what he thought. Recall the wage and price freeze? Easy to do but what a disaster.