With A Little Help From His Friends: Who Is Andrew Little Listening To? 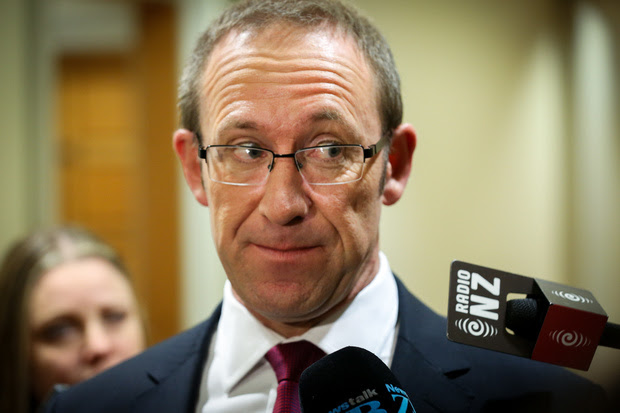 Your article points to Salmond as the author of loss to labour in the Chinese surname debacle, we in labour will not forget Twyfords role or his supportive blatant racist oratory to all that would listen. I do not think that the Little/ McCarten partnership will survive because Little knows that to present himself to a NZ electorate as a Prime Minister without baggage he needs to rid himself and his party of chief of staff McCarten, who left his union with an hefty unpaid tax bill when Cunliffe recruited him. There are also other problems about McCarten such as his book writing ambitions and notes on people. Andrew Little can still win the next election but internally in the party his leadership is lacking strong support and strength. I also disagree that McCarten played as huge a role in Andrews leadership win as you believe, it was the CTU who have scant regard for McCarten.

Have a look at this.

Yes - our equivalent of Corbyn on left will lead us to glorious victory...hone and mana news to the rescue.

It would seem from the report that Kelvin Davis is supporting and helping out a local charter school is further evidence that all is not well in Labours camp. Kelvin Davis was very angry with Andrew Little for throwing Willow Jean Prime under the bus in the Northland by-election. Davis expressed his concerns to Little who ran rough-shod over him. K Davis is also still very angry with how he was treated badly by the Labour caucus in the last election when Labour denied him funds to fight Hone Harirawa. Davis sought and got private funds, Winston Peters also gave him a great deal of moral and political support. Davis won despite many in the present Labour camp wanted Hone to win. Kelvin Davis and his supporters in Labour are now using Utu against McCarten and his coterie.

Chris, just reminding you that you waxed lyrical with your enthusiasm for Labour/Salmonds failed Chinese bash strategy - from memory you said for every supporter who leaves through the back door there will be five coming in the front door, Im guessing the reality of the recent 3 polls has brought you back into contact with cruel hard reality.

Now your waxing lyrical over a bearded, vegetarian teetotaler who you somehow believe will shift the overton window hard left - perhaps by drawing the missing 10 million out of they're slumber, I mean you don't really expect Tory's or Kippers to go for the guy do you - its the missing million redux, pax Britannica.

I'm thinking Salmonds rascist gambit, while despicable was at least credible, expecting Jeeza to work miracles for anyone other than the conservatives is well - Alice in wonderland fantasy stuff, to quote a politician who knew how to win elections.

I hope that the Labour MP's put aside their own ambitions for the good of the Labour Party sooner rather than later. Andrew has the ability to lead the party into the next election but if the party continues to appear fragmented it will be hard to present themselves as an alternative government. McCarten seems a great politico but lacking in getting solid messages and policy out in front of the public. His skills seem more about digging dirt and pulling other policies apart. I understand a lot of work is going on behind the scenes amongst the labour party membership looking at policy strategies which will be more representative of the Labour roots. Watching the National Party unravelling is great but we need some good policies from Labour to show there is a real alternative

All that matters, according to Salmond, is winning over “the middle” – a political designation, apparently, determined not by geometry, but by opinion polling! How one accomplishes this feat, without sacrificing a political party’s ideological (and hence electoral) coherence, he does not elucidate.
.......
According to 3 News Reid Research 62% of Labour,58% of Green and 85% of NZ First voters want greater restrictions on immigration. On the other hand party ideology (these days) possibly favours open borders. It will take a lot to convince the public that the leopard has changed it's spots. Stuff the ideology it is niche elitist ideology.