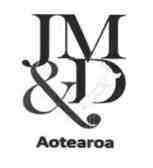 DYER-WITHEFORD argues that the combination of automation, logistical command and financialization enabled by information technology raises to a new intensity a fundamental dynamic of capitalism – its drive to simultaneously induct populations into waged labour and expel them as un- or under-employed superfluous to its increasingly machinic systems. Digitization has accelerated this moving contradiction, creating a cyclonic process that on the one hand, envelops the globe in networked supply chains and agile production systems, making labour available to capital on a planetary scale, and, on the other, drives development of adept automata and algorithmic software that renders such labour redundant. In this whirlwind, the traditional, Euro-centrically conceived, stereotypically male "working class" of the global north-west is disintegrating into, one the one hand, a strata of technology professionals, tending to identification with digital capital, though shot through with hacker proclivities and, on the other, a vast pool of un-, under- and vulnerably employed labour; transnational and feminized. They live in the shadowlands between work and worklessness that has always defined the proletarian condition. Divided across border-policed wage-zones of a world-market, the fractions of this global proletariat are frequently in tension with one another, even as they are subject to common exploitation by capital. Thus, though the technical composition of class is apparent, its composition is rife with political contradictions.

This posting is exclusive to Bowalley Road.
Posted by Chris Trotter at 14:52

Seems like it is going to be one of those wankery lectures that has all the problems and no answers, blood suckers leeching.
I prefer to wait for a NZ Donald Trump.

I think it's just that the specialist lingo in a short scientific "Abstract" type format summarising a lot of theory in brief, that is throwing you. Chris will review the seminar and put it in plain English later, no doubt. But it's pretty plain to me. Globalisation's losers are fragmented and often at each other's throats rather than their rulers, which no doubt suits the rulers fine. How to advance the common interests of the losers, and is it even possible or is the fragmentation a feature not a bug (divided we fall, united we stand sorta thing) etc. Stuff like that is the guy's topic.

I must say, it's only since I started doing sociology and anthropology in my dotage, that I can understand this stuff. And I try to write my assignments in language that my father might understand. I hope to God deep down some of the markers find it a refreshing change, otherwise we're all fucked.:)

I hate to say this but there are so many problems in this world that trying to contribute solution's to the problem without looking at a healthy dose of command government everyone is wasting everyone's else's time.
"ain't them the facts".

CHINESE TOURISTS ‘COULD TOP ONE MILLION’

But Key, who is also Tourism Minister, has admitted hotel infrastructure will need to be increased – perhaps tripled – to meet expected demand in the future. A major scoping study, dubbed “Project Palace”, is underway to attract foreign investment in hotels as tourist numbers threaten to outstrip accommodation.

“What’s been happening in tourism, is we’ve been looking at the issue in relation to; is there enough hotel capacity, the answer is there is not.”

Property development is a high risk commercial activity. In order for a developer to initiate a building project, prices of existing property must rise above a price point before it becomes profitable to build.
https://croakingcassandra.com/2016/05/02/housing-land-tax-and-associated-things/#comments

Looking after number one. No one cares about the low paid jobs that will arise after getgreatstuff has cracked his bubbly.