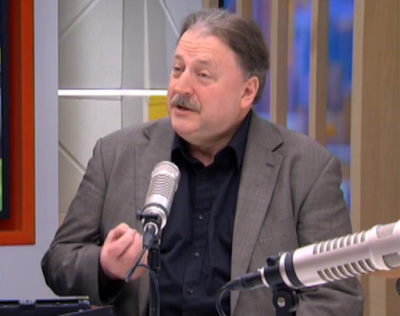 FOLLOW THE LINK to last Monday's televised interview involving myself, PWC tax expert, Geoff Nightingale, and Mediaworks' Paul Henry. Though the best efforts of Nicky Hager, RNZ News and One News were brought to bear on the documents, and the results broadcast 24 hours before the worldwide release of the Panama Papers in toto, the revelations fell well short of the "smoking gun" needed to inflict genuine political damage on John Key and his government. As I would write for The Daily Blog later in the week:


The Panama Papers, they say,
Had Key worried for almost a day.
Yet, in spite of the press,
And Labour's best guess,
They had little of interest to say.

Chris I watched the video link several times and my first thought was what a great piece of journalism from the Paul Henry show, easily the best I have have seen on TV or in comparison with any newspaper article on the subject.
I thought your own and the tax experts opinions and replies to the hosts probing questions were expert and quality viewpoint.
Well done Chris, I intend to contact Paul Henry and ask him to keep you on!.

NZ residents pay NZ tax on their overseas income, and trusts based in NZ should be taxed on the same basis. This may mean that our government will be pocketing tax that should have been paid to the overseas client's own government. However that is the client's choice. He can always claim a rebate for any duplication of the tax paid.

Removal of the 28% rating leaves NZ open to exploitation as a tax haven, even if it cannot be shown that this has occurred.

As soon as a I saw that Nicky Hager had published a book about NZ and the Panama Papers, I knew it was all over for the Left.

It's not that Nicky Hager isn't a brilliant and courageous man, or that his book isn't potentially great (I'd love to have a read). But the fact that this book's publication is the only signal the 47% need to say 'stuff those lefties, I'm sticking with John'.

I couldn't listen to it sorry Chris. Henry's voice makes me want to take an axe to the screen. Funny that, I felt the same way about Muldoon.

Manfred,0622. Sorry Manfred but I must disagree with you about Nicky Hager, he is a pedestrian writer with an inflated ego to the point that his preciousness is nearly as bad as his conspiracy theory claptrap.
Cunliffe fell on the sword, in the main because of Hager, Little is heading in the same direction mainly because of Hager.
What do you mean by courageous? he screams blue heaven and victimisation when the police what to interview him about that thief Rawshark, he knows who that thief is but he protects him, he's a scumbag who mix's with scumbags.
Courageous? Hager must be LOL.

Nothing to pin on Key?? Clearly you haven't read this article, Chris:

manfred
You may be right - unhappily. I know the film quote for the 47% blinkered,
distracted materialists.
(https://www.youtube.com/watch?v=UXoNE14U_zM

Opinions about Nikki Hager's abilities seem to depend very much on your political point of view.:) And there have been several have pointed out that Rawshark did nothing different to what Cameron Slater tried to hire someone to do. So there's a certain amount of pot and kettle calling here. Which conservatives seem to ignore - a lot.

GS 11.50, you are confused Muldoon was better socialist and ordinary people leader than all the present Labour party pretenders.

Why would people in NZ need secret trusts: the crime is all around us in the property market?

I wonder if you lived under the Muldoon regime anonymous? He was an authoritarian populist, who thought nothing of ruining people's lives if they crossed him. One of my fondest memories was of someone who took a piglet into a talk he was giving at Auckland University. It squealed every time there was a pause. Probably a bit cruel really, but nowhere near as cruel as Muldoon was.

Another bumbling display of guesswork by Andrea Vance on OneNews last night.

When will OneNews and RNZ realise:

b) Nothing will come of the beat-up of the year which is the 'panama papers'.

The reality is that Trusts as a legal device has been around for about 1000 years. People use them for a range of reasons mainly as a family succession tool.

And if that also means to minimise their taxation liability along the way then so be it.

Banks are obliged to adhere to the anti money laundering legislation when dealing with new clients.