Labour And Housing: The Winning Combination? 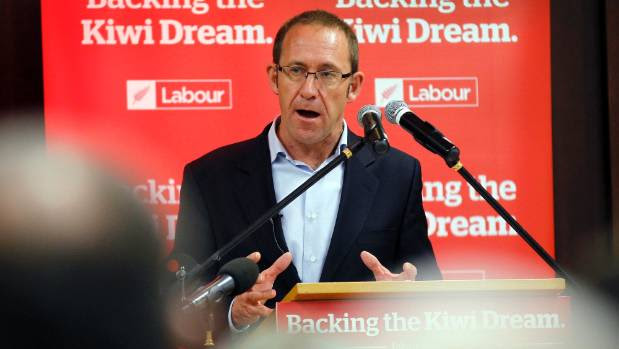 Labour has one foot in and one foot out on immigration. NZ First is still trying to start it's Model T Ford or labour would have to get it's act together.
The Party is just a franchise and (like a restaurant) only as good as it's chef. Expect mush from Andrew Little.

Besides your opinions on what Labours challenge's are, which I believe are correct, we must face the fact that the Labour party will SAY anything to get a poll boost.
I will take some convincing that the LabGreens are capable of IMPLEMENTING what they say.
There is more water to go under the bridge and so much depends on Winnie,s vote. Speculation on that is a waste of time.

Meantime why is Andrew Little walking around with a stupid grin on his face? 93% say they do not want him as Prime Minister, will he concede the PM to Winnie? or has he already?. Sorry I am speculating, hard not to.

Rachel Smalley: Labour's plan rightly steers the housing issue away from immigration
http://www.newstalkzb.co.nz/on-air/early-edition/opinion/rachel-smalley-labours-plan-rightly-steers-the-housing-issue-away-from-immigration/
Those who agree choose between National labour and Green Parties; those who don't will vote NZ First.
http://www.nzherald.co.nz/business/news/article.cfm?c_id=3&objectid=11651226

Rachael Smalley's piece couldn't be a worse advertisement for Labour: they just don't get it.

"and ensures property prices are not permitted to crash" Why? Who is this to protect?
When John Key states that Arthur Grimes suggestion that property prices need to fall by 60% is "crazy" why do commentators such as yourself not point out that Government policies which allowed, nay, encouraged property prices to rise from 3x average annual income to 10x average annual income is "even crazier".
Unless average, or better still median incomes, rise by 350% in the immediate future, (just at the time that hell freezes over) this Government is "toast".
Just as gravity is "getting us down" so will house prices go down.
Andrew Little appears not to have the courage to address this "elephant in the room."
If he wont deal with it publicly before the next election then he needs to do a "Roger Douglas" after the public have elected him and deliberately crash house prices by all the tools available to him for the "public good" and to hell with public opinion. (AKA Main Stream Media, the enablers of what has gone down in this country over the last seven years)

"Who is this to protect?"

Nick smith says the market is working in christchurch
Lincoln University associate professor in property studies John McDonagh agrees that people are questioning whether we are building the slums of tomorrow - houses too big on land too small, subdivisions which are tight tangles of roads where the only escape is by car.

Is there any idea that isn't manufactured by interest groups now days? In the past we had the Quarter Acre Half gallon Pavlova Paradise (Austin Mtchell) and Godzone (a politician). Today we have "world class city", Super(duper?) diversity, compact living -Portland in Auckland. Was it more spontaneous then more manufactured now? Some slogans live in the minds of elites and in the media: I don't think ordinary people "celebrate diversity" (they celebrate place, relatedness and continuity of tenure).