An Absent Mirror: Why Can’t This Country Produce Its Own Political Television Series? 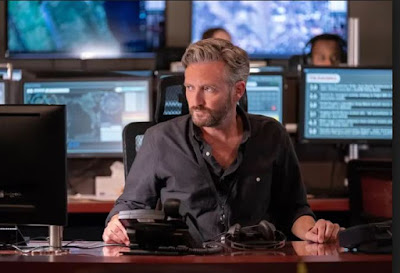 Artistic Intelligence: New Zealand’s film and television industry has produced nothing remotely like the Australians’ highly political series Secret City and Pine Gap. Under examination in both of these series is the vexing problem of how Australia should manage its relationship with the United States of America, on the one hand, and the Peoples Republic of China, on the other.

THE BEST MEASURE of a nation’s maturity is its willingness to submit its biggest challenges to the audit of art. For all their political boorishness, the Aussies can boast a much more favourable auditor’s report than we can. I can’t remember the last time this country committed significant resources to a dramatic examination of its domestic and international political relationships. Certainly, New Zealand’s film and television industry has produced nothing remotely like the Australians’ highly political series Secret City and Pine Gap.

Under examination in both of these series is the vexing problem of how Australia should manage its relationship with the United States of America, on the one hand, and the Peoples Republic of China, on the other. How deeply have the Chinese penetrated Australia’s governing institutions? Is honouring Australia’s security relationship with the USA worth the fundamental destabilisation of the Australian economy which an acrimonious break with China would entail? The first question inspires the plotlines of Secret City; the second, of Pine Gap.

Now, if these questions sound at all familiar, then well done You for keeping abreast of current events! New Zealand’s relationships with China and the United States are similarly fraught with ambiguity and risk. All the more so today, following the emphatically pro-American speech delivered yesterday (16/12/18) by Foreign Minister, Winston Peters, to a high-powered American audience assembled at Georgetown University’s Centre of Australian–New Zealand studies in Washington.

Except we Kiwis have one more player to consider than our Aussie cousins: which is Australia itself. Our countries have been so close, historically, that it is very difficult for ordinary New Zealanders to conceptualise a situation where the Australians might look upon us as something less than a mate. Sure, we spar with one another on the sports field and tell obscene jokes at one another’s expense, but the idea that the Australian political class might already have fallen out of love with their irritating Kiwi cousins would strike most New Zealanders as ridiculous.

But what if the Australian “Deep State” already regards New Zealand as an enemy? It’s a thought more likely to seize the imagination of a novelist, playwright or screen-writer than the average Kiwi citizen. Which is why a mature NZ-on-Air would be badgering this country’s writers for scripts dealing with New Zealand’s growing economic and diplomatic vulnerability in the face of the US-Australia vs China stand-off. Anywhere else but here, Professor Anne-Marie Brady’s run-ins with the Chinese would have commissioning editors salivating. The screen-play is practically writing itself in real time!

But, no, NZ-on-Air doesn’t do political thrillers dealing with the moral duty of the news media to expose the dark deeds of the state security apparatus. Nor will it commission a TV series exploring the consequences of discovering Chinese and/or American “assets” embedded at the heart of our major political parties. As for a series examining the contradictions inherent in having our indispensable security partner asking us to spy on our indispensable economic partner: Good God! What would MFAT say?

The Australians are more fortunate, because the challenges outlined above are precisely the challenges confronted and explored in Secret City and Pine Gap. (Both currently available on Netflix.) Aussie viewers can watch these dramas and argue with friends and family about the issues driving their plots and characters forward. How much room for manoeuvre do our political leaders have between China and America? How far should Australia go in honouring One Hundred Years Of Mateship? If the US fires shots in anger at the Chinese, should Australia do the same? Are we really willing to have the Chinese crash our economy in retaliation?

It’s what grown-up countries do. Think not only of the American and British film and television industries, but of the Danes, the Swedes, the Norwegians and the Irish. Think of Borgen and its international success. Think of Scandi-Noir. These are countries not much bigger than ourselves, but unlike us they have the wit to resource their film and television industries to a level where making series like Borgen becomes something more than the wistful pipe-dream of writers condemned to turning out endless variations of Outrageous Fortune.

Thirty-five years ago the Aussies commissioned a series dealing with one of the most traumatic events in their country’s history – the dismissal of Gough Whitlam’s Labor Government by the then Governor General, Sir John Kerr. The screening of the six hour-long episodes of The Dismissal began on 6 March 1983, the day after Bob Hawke’s Government was elected – the first Labor Government to take office since the bloodless coup d’état that toppled Whitlam’s eight years earlier.

New Zealand television was given the opportunity to perform a similar artistic service in relation to the national trauma of Rogernomics. The renowned novelist and playwright, Dean Parker, pitched a series to the networks exploring the reactions of a typical group of Labour Party members to the devastating “reforms” of the Lange-led Government. Parker’s working title was “The Branch”. The chance was there for a New Zealand audience to confront in Art’s mirror not only the moral and political choices forced upon Labour Party members, but the whole nation.

This essay was originally posted on The Daily Blog of Tuesday, 18 December 2018.
Posted by Chris Trotter at 10:46

"but the idea that the Australian political class might already have fallen out of love with their irritating Kiwi cousins would strike most New Zealanders as ridiculous."
I have several relatives living in Australia. Considering the way they are treated, I would say that many if not most New Zealanders would realise that they have "fallen out of love" – if they were ever in it. It's a disgrace, and New Zealand politicians seem to be unable to do anything about it. Personally, I think reciprocity is not a bad idea. We could start by removing Australian tourists from ACC coverage while they are here. :)

How dramtic could you make the letting down of Anne-Marie Brady's tyres, Chris. How dry could "The Branch" be to the average viewer. How many watched six hours of TV in Australia of "the Dismissal." Of more interest is why your article published on interest.co.nz not appeared in your blog........

I came upon the name Simon Carr when looking on google. Now it seems that guy could write a good political story - very astute. I have started reading his book about NZ politics. The Dark Art of Politics published 1997 by Hodder Moa Beckett. Unhappily his wife died and he returned to the UK, and wrote 'His memoir; The Boys Are Back, has been made into a movie, 2009.
(https://www.youtube.com/watch?v=2JYlAUtHdxs

This about him from The Listener 2011:
https://www.noted.co.nz/archive/listener-nz-2011/simon-carr-interview/

Later:
The Independent's parliamentary sketch writer and columnist since 2000, Simon Carr was described by Tony Blair as 'the most vicious sketch writer working in Britain today'. 'Poison,' said Charles Clarke.

In the 1980s he helped launch the Independent, and was a speech writer for the prime minister of New Zealand from 1992 to 1994. His working principle is 'Indignation keeps us young.'
Now he is solidly with The Independent also on Twitter, and perhaps could be approached for a film, could be a good political farce. Perhaps with our cultural cringe he would have more hearing than Dean Parker.

Why make expensive dramas when you can churn out shitty local franchises of brain-dead "reality" shows for a fraction of the price ?

Frankly I am glad that TVNZ do not even try to make dramas as they are inevitably low-budget and the acting is more wooden than the Kaingaroa forest.

My understanding the real reason why the US govt and intelligence services decided to encourage GG Kerr, to throw out Whitlam's government in 1975 is that Whitlam's AG Murphy had ordered the local authorities to raid ASIOs offices in Melbourne and the US intelligence authorities on the basis of speeches by Cairns deputy Labour Leader , Whitlam and Murphy that the significant US intelligence satellite ground stations at Pine Gap and Nurrangar and naval communication base at NW cape might be raided by Australian authorities and US data compromised and the AG Murphy had also banned ASIO from filming or observing visitors to suspected communists on ANU staff or visitors to the Soviet embassy in Canberra.Some Australian students including Paul Dibb had been discovered offering their services to the GRU but had been turned into ADF double agents.