Biculturalism Is A Lie. 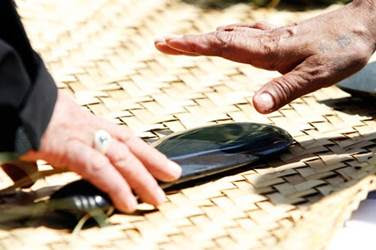 Power Grab: With the benefit of hindsight, it is possible to argue that the economic, administrative, social and cultural institutions mandated by New Zealand’s much-praised bicultural project were simultaneously a means of releasing political pressure and mechanisms for securing the control of Maori, by Maori.

WHAT DO WE do now? For more than forty years, the New Zealand State has embraced the idea of biculturalism and attempted to give it legal and administrative force. Beginning with the Waitangi Tribunal in the mid-1970s, and proceeding through the host of consequent bicultural building blocks, “official” New Zealand has doggedly claimed to be moving beyond its colonialist origins and towards the new hybrid, Pakeha/Maori, nation the biculturalists insisted was possible. Except that, more than forty years into the process, we are required to acknowledge that biculturalism is a lie.

The brute facts of the Pakeha/Maori relationship: a grim record of Maori disadvantage and marginalisation; have proved highly resistant to meaningful improvement. The official pursuit of the bicultural ideal may have created a Maori middle-class dedicated to its advancement, but only at considerable cost. As that Maori middle-class grew, the Maori working-class – once large, well-organised, and well-paid – shrank, and in its place there arose a sprawling Maori underclass. Imprisoned in poverty, and the multitude of social dysfunctions which economic deprivation spawns, the Maori underclass has become the prime generator of the most malign social statistics – and they are getting worse.

The great historical irony of this situation is that it mirrors almost exactly the fate of Maori in the aftermath of the first great assertion of the colonial state’s interests over those of the indigenous population. In the decades following the Land Wars of the 1860s, the overwhelming majority of Maori were reduced to a state of abject poverty and subjected to the most rigorous control by the triumphant settler state. A thin layer of Maori leaders mediated this grossly unjust relationship, brokering the survival of their people with the only indigenous asset the Pakeha had ever truly valued – their ever-dwindling stock of Maori land.

The only upside of this grim situation was that the country was so thinly populated that it was still possible for Maori – concentrated overwhelmingly in rural New Zealand – to sustain themselves as they had learned to do in pre-European centuries.

This ceased to be an option for the increasing number of Maori drawn into the cities by the steady advance of New Zealand’s secondary industries following the Second World War. This massive migration did, however, bring Maori into close contact with the Pakeha trade unions which were, in their turn, closely aligned with the Labour Party. Labour’s electoral pact with the millennial politico-religious movement created by Wiremu Ratana, forged in the mid-1930s, was powerfully reinforced by the steady growth of the Maori working-class.

For a period of roughly 30 years, Maori workers’ votes played a critical role in the struggle between Left and Right. Their economic importance within New Zealand’s import-substituting and meat-processing industries had made Maori politically influential in a way not seen since the 1840s and 50s.

It was not to last. By the late-1980s, globalisation and the neoliberal revolution it spawned was wiping out the industries upon which Maori communities, both urban and rural, had come to depend. Once again, it became necessary for the Settler State to both contain and control the indigenous victims of Pakeha capitalism’s “creative destruction”.

The New Zealand State’s quest for bicultural harmony takes on a very different character when viewed from this perspective. With the benefit of hindsight, it is possible to argue that the economic, administrative, social and cultural institutions mandated by New Zealand’s much-praised bicultural project were simultaneously a means of releasing political pressure and mechanisms for securing the control of Maori, by Maori.

By indigenising at least some of the processes required to prevent the Maori underclass from exploding, the Settler State was once again able to rely upon a thin layer of Maori intermediaries to blunt the sting of racial and economic pain. The location of colonial oppression may have shifted from the devastated rohe of the defeated iwi, to the state-owned slums of New Zealand’s largest cities, but the time-honoured imperial policy of divide and rule remained the same.

And so we are treated to the awful spectacle of a terrified young Maori mother being confronted by a group of implacable Maori social-workers determined to ‘uplift’ her tiny child. And, just as happened all those years ago, it has required all the efforts of courageous Maori leaders to first defuse and then resolve the situation.

While “we” look on – appalled.

This essay was originally published in The Otago Daily Times and The Greymouth Star of Friday, 21 June 2019.
Posted by Chris Trotter at 10:57

How would the Maori underclass look based on both ancestries?

Every time there is an attempt to take an overview of some problem and then study the separate and intransigent parts of it, there is some cool objective comment that wants to turn it into a cool scientific exercise. Not necessarily an academic one that would become an exploration from a humanities viewpoint. Talking and understanding of the real problems has been done but motivation for application of suggested remedies has not been pressing and implemented. As the participants have moved on, the ideals and findings have been shelved and perhaps lost.

The middle-class with their eyes set on lifestyles that are individual, centred on style and materially rewarding, have moved on from past precepts as they have have also swept away attics or garages where their ancestors pushed their old trunks containing humanity talismans. These have become detritus in the constantly moving, future-oriented, technologically advanced, ordered minimalist culture that is current.
https://www.treehugger.com/cleaning-organizing/5-reasons-take-clutter-seriously.html

After iwi settlements a tribal structure is established. A Maori bureaucracy to administer settlement funds; administered and managed by fat mandarins - who could easily slip back into the State bureaucracy.

Martin van Beynen in The Press 22/6/2019 with some thoughts weighting up the balance of this matter.
https://www.stuff.co.nz/opinion/113666046/ok-whanau-lets-see-how-you-get-on-with-baby-and-parents

While we don't want this happening, we also don't want the too frequent battered babies with previous bone breaks being admitted to hospital. I recommend that a family with first baby, or very young mother, have mother and grandmother and some aunties live together in a unit for two weeks, getting the parent and child into breast feeding, talking getting a regular breast feeding and healthy meal recipes and system going. And then they can have a friendly helpful visitor who respects them coming twice a week at home. Or it would be good if after the two weeks, the mother goes to a hostel a bus ride away from home ideally, and spends the first six months with baby and other young mothers also, where they can have classes and make plans for when they return home.

If possible they would be at a class for NCEA credits and baby nearby similar to the schools set up by Dr Susan Baragwanath that I would like to have heard lots about in the news, but didn't catch much at all.

School opens doors for teenage mothers - 2004
https://www.nzherald.co.nz/nz/news/article.cfm?c_id=1&objectid=3598581
and
https://discover.stqry.com/v/staff-and-student-creativity/s/11c473c2-711d-458a-a973-572adf962174
He Huarahi Tamariki: A Chance for Children
He Huarahi Tamariki, (A Chance for Children, HHT), was founded by Dr Susan Baragwanath in 1995. HHT is a school for teenage parents from the greater Wellington area. The school provides a "second chance education" to students who are unable to complete their formal education due to pregnancy or the birth of a child.

"Because we are poor and brown, they think we are stupid" said one of the school's first students. "Yes, they may, but only you can show them that you are not," replied Dr Baragwanath. They got the message....

The school honours board records 30 degrees and 23 diplomas that recognise outstanding student success. There are now at least 23 TPUs (Teen Parent Units) throughout New Zealand, inspired by the HHT model.

This phrase came up. Don't you think it has a good sound and meaning - Cultivating Creative Capital!