A Bloody Great Political Story (From A Parallel Universe). 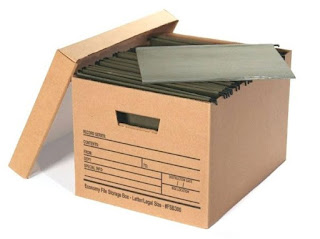 Things That Make You Go - Hmmmm: “All right. Let me come at this another way. I’m guessing that what you’ve got in that box contains names, dates, bank account numbers – all the details you need to put Winston Peters and Jacinda Ardern squarely in the cross-hairs. So, the first question you have to ask yourself is: ‘Why is such politically damaging material sitting in that box-file you’re clutching so tightly?’ Cui bono, Max? Who benefits?”

MAX DIDN’T HEAR Malcolm calling his name. The contents of the box file in front of him were dynamite. Exactly what he’d been hoping for from his informant. Names, dates and amounts – everything he needed to bring Peters to book. He had in his hands the sort of story that turns an unknown young journalist into a household name. Eat your heart out Nicky Hager!

The voice of his old university chum, Malcolm, was the very last thing he wanted to hear. Mad-As-A-Meat-Axe Malcolm – that’s what everyone on his journalism course called him. A crazy left-winger, forever peddling wild conspiracy theories. What the hell did he want?

Max slammed the lid of the box-file shut as Malcolm plonked himself down at Max’s table.

“Something interesting? From your departing friend? He nearly fell over me on his way out? Your source?”

Max couldn’t resist the temptation to skite – just a little.

“You could say that. He’s only handed me a bloody great political story. By the time I’ve knocked it into shape it’ll be on every front page and leading every bulletin.”

“Really? Sounds interesting. May I ask what it’s about?”

“You can ask, Malcolm.” Max smiled ironically, and deposited the box-file on the seat of the empty chair beside him.

“Like that is it? Well, if you won’t tell me, Max, I’ll just have to work it out for myself. A big story you say. And it’s been given to you. What does that tell me? Given your output to date, I’m assuming it’s not an anti-National story. And anyone with a box full of evidence guaranteed to embarrass the powers-that-be wouldn’t bring it to you, they’d offer it to Nicky Hager or Jon Stephenson. Also, your informant appeared to be getting on in years. Not the sort of bright young thing you find hanging around Labour, National and the Greens these days. So, who does that leave? Huh! NZ First! Oh, Max! Tell me you’re not about to launch another donations scandal?”

“Hah! I’m right aren’t I? Your body language confirms it. So, come on, you might as well tell me.”

“What? And find some garbled version popping up on The Daily Blog or Bowalley Road. I don’t think so!”

“Okay, okay – keep your hair on! I’m a colleague, Max. There’s no chance I’m going to scoop you. I’m just a wee bit curious about your informant. What has he told you about himself?”

“What? You think I’m going to rat out a source? I may not be a trendy-lefty attention-seeker like Hager, but I’m not about to abandon the ethics of my profession – just to satisfy your curiosity.”

“Hmmm. All right. Let me come at this another way. I’m guessing that what you’ve got in that box contains names, dates, bank account numbers – all the details you need to put Winston Peters and Jacinda Ardern squarely in the cross-hairs. So, the first question you have to ask yourself is: ‘Why is such politically damaging material sitting in that box-file you’re clutching so tightly?’ Cui bono, Max? Who benefits?”

“Maybe it’s from someone who is sick and tired of Peters' lies. Someone fed up with him pretending to be the people’s friend, while all the time he’s taking wads of cash from his dodgy mates in the racing and fishing industries. Maybe it’s from the sort of guy who makes copies of all the cheques, all the ledger entries, all the bank statements. So that, one day, the world finally gets to see what a fraud that bloody man and his party truly are!”

Malcolm, smiled sadly at his friend. Max, frowning, made to leave.

“Sit down, Max. You need to hear what I’m going to tell you.”

“For a start, mate, nobody outside of Peters' most trusted inner-circle has access to the information you’re apparently carrying under your arm – and they’re not about to share it with anyone – certainly not you. It hasn’t been copied by some disgruntled party president or secretary. Unless life-long confidants and allies like Brian Henry and Doug Woolerton have turned on Peters, the contents of that box-file have been obtained by other … agencies.”

“Well, you’re spoilt for choice these days, aren’t you. Could be the Police. Could be the SIS, Could be the GCSB. Could even be a private investigation firm with close ties to all of the above. And if you doubt that such things are possible, just have a chat with Martyn Bradbury. On behalf of a friend of the National Party, the Police gained access to all Martyn’s bank accounts. Didn’t even need a warrant – all they had to do was ask.”

“Jeez, Malcolm! You’ve always been a hopeless conspiracy theorist. This is just crap.”

Malcolm gave Max another of his enigmatic smiles and shook his head.

“My money’s on the cops, Max. Or at least some rogue element within their ranks. Maybe they’re in cahoots with the Nats – maybe not. Maybe they’re working with some Black Hat hackers on a free-lance basis. The thing you have to realise, Max, is that conspiracies do happen. They happen all the time. If you knew anything about the intricate workings of the plot that got rid of Peters back in 2008, then you wouldn’t be so quick to dismiss the possibility that its happening again – and for exactly the same reasons. And, mate, you’re right in the thick of it.”

“You’re fucking crazy, Malcolm! And jealous. You can’t bear it that I’ve got a real story, based on real evidence. Not the half-arsed bullshit you and your commie mates spout off on blogs no one reads. You know nothing about my informant – nothing. You’re just guessing.”

Malcolm rose from his chair and leaned in close.

“That’s where you’re wrong, Max. I’m not guessing at all. I know exactly who your informant is. We’ve been aware of him for years. He’s a senior deep state operative. Yes, that’s right, Max. Your source is a bloody spook! Every one of the documents in that file-box has been obtained illegally for the purposes of ensuring the Coalition Government loses the next election. So, you go right ahead. Write your story. Destroy Peters. Smash NZ First. Smear Jacinda. I can’t stop you. But, while you’re doing it. While you’re bringing the whole damn temple down on our heads. Don’t you dare presume to call yourself a journalist!”

But Max was already out the pub door. The box-file wedged tightly under his arm. Cell-phone glued to his ear.

Malcolm pulled out his own cell-phone.

This short story was originally posted on The Daily Blog of Friday, 22 November 2019.
Posted by Chris Trotter at 06:35

Chris
]You have the wrong picture with your article. It should be a winebox. Then there would be the poetic symmetry.
Chris Morris

According to today's Stuff article, it actually was a winebox. And there is a lot more incriminating evidence there than has been released so far.
https://www.stuff.co.nz/national/politics/opinion/117650875/a-wine-box-a-deep-throat-and-a-dumpster--the-trail-that-led-to-the-nz-first-donations-scandal
The Prime Minister is going to have some serious issues to deal with - ones that can't be ignored or dismissed.
Chris Morris

So, what IS the story behind Winston's return in 2008?