A Creative Solution To Tourism’s Demise. 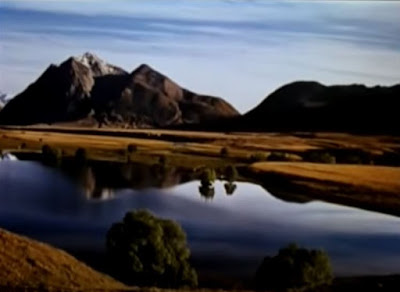 Paradise Lost: The millions of tourists who collectively constituted New Zealand’s largest single source of overseas funds will not be returning to these shores any time soon. For the foreseeable future, tourism and the multitude of businesses that serviced its voracious appetites, will be – to use a technical term – buggered.

LET’S BE HONEST, most sectors of the New Zealand economy will recover relatively quickly from the Covid-19 Pandemic. Our primary production sector and all the businesses that support it will bounce back. Our secondary industries will, in large measure, do the same. Indeed, pressures are already building for our industrial sector to step up to the challenge of increasing New Zealand’s economic resilience. Winston Peters is far from being the only person who regards the virtual elimination of this country’s import substitution capability in the 1980s and 90s as a singularly unwise policy.

But, the millions of tourists who collectively constituted New Zealand’s largest single source of overseas funds will not be returning to these shores any time soon. For the foreseeable future, tourism and the multitude of businesses that serviced its voracious appetites, will be – to use a technical term – buggered.

There simply aren’t enough New Zealanders with enough time and money to fill the tourist void. For the past twenty years we have struggled to keep pace with the demands of our international visitors. For every hotel we built; every new adventure we devised; every taste-bud-titillating restaurant we opened; there were always more and more customers to satisfy.

They came on vast cruise ships – floating towns that disgorged virtually their entire populations to spend, spend, spend for hours – sometimes days – at a time. All the cruise liners in the world, however, could not compete with the unending stream of airliners touching down at our international airports. Most of them packed full of passengers eager to enjoy their very own New Zealand experience.

Future historians will look back with wonder at the age of hyper-tourism. They will observe how cost-cutting innovations in aviation technology combined with the exploding numbers of newly enriched middle-class citizens from countries hitherto priced out of international travel to produce a surge in tourist numbers so great that the attractions they travelled thousands of miles to enjoy threatened to collapse under the sheer weight to their numbers. In the late twentieth century the New Zealand tourist industry looked forward to welcoming a million visitors a year. By 2020 it was gearing up to entertain five times that number.

But the Covid-19 Pandemic arrived instead and now this country finds itself with more tourist-oriented enterprises than can possibly be sustained by its tiny population.

The first and most obvious victim of the pandemic was the national carrier, Air New Zealand. Practically overnight, the airline lost 80 percent of its business. Of necessity the Government bailed it out. Located as they are at the bottom of the world, New Zealanders simply cannot do without their own airline. What other carrier, in the prolonged absence of the tourist hordes, would come so far, and at such cost, except Air New Zealand?

Sadly, not every carrier has a state to bail it out. From the hundreds of airlines traversing the skies in the age of hyper-tourism, the post-pandemic world will likely be serviced by no more than a few dozen. Fares will sky-rocket and the number of international tourists will plummet. The days of the golden tourist weather will be well and truly gone.

And what of the cruise ships? After the horrors of the Diamond and Ruby Princesses, the world may have to wait many years for the return of those floating towns and their wealthy pensioner passengers. Indeed, History may record the cruise ship craze as the last hurrah of the death-defying Baby Boom Generation. The cost of insuring themselves against involuntary quarantine should, alone, be more than enough to put off their children and grand-children!

The urgent problem remains, however, of how New Zealand fills the tourist void. What can possibly take the place of those millions of international travellers and their oh-so-precious hard currency? An expanded “bubble” encompassing the whole of Australia? It’s a nice thought, but hardly a practical one. Making it work – without reigniting Covid-19 – poses a truly daunting number of questions. What’s needed is a product the world is willing to buy: a product unique to New Zealand.

If the world can no longer come here by ship or plane, then why not invite it to tour the landscape of our imagination? Let’s invest in movies, television series, plays, music, novels, computer games. Encourage the world to partake of New Zealand’s unique creativity.

This essay was originally published in The Otago Daily Times and The Greymouth Star of Friday, 8 May 2020.
Posted by Chris Trotter at 06:27

Chris, oddly you have omitted the gold standard of literature & art: poetry.

I enjoyed this piece. Old Otago Uni economics stage one 1972 introduced me to the idea of creative destruction and transformation. What an opportunity we have!

What about Singapore as a possible partner in a joint airline business with NZ (as once touted). I looked up various sites on-line to pick up relevant information.

Singapore shows an interesting situation on the Covid-19 charts. There are only 20 deaths, low compared to Ireland with a similar number of cases but 1446 deaths. Singapore has been conservative about testing, and seem to have quite a number of active cases. https://www.worldometers.info/coronavirus/

In a NZ Herald item Apr.12/20 they were lauded about achieving control early on, but have had clusters start it all off again as they tried to restart the economy - construction sites, residential dormitories, but a significant number unknown. There is mention of Japan having prevention fatigue as we are noticing.
https://www.nzherald.co.nz/world/news/article.cfm?c_id=2&objectid=12324356

This is a timeline of Covid-19 related news items in Singapore, and shows the range of concerns that have cropped up, which would be relevant to every active government, including ours.
May.9/20 https://www.gov.sg/article/covid-19-updates-and-announcements

What Singapore has been doing on the airline situation.
Apr.17/20 https://www.flightglobal.com/airlines/sia-group-flags-financial-impact-of-limited-passenger-network/137932.article

May.4/20 https://www.business-standard.com/article/international/singapore-airlines-commits-to-vistara-no-obligation-to-virgin-australia-120050400476_1.html
(This Vistara as part of the Tata Group, a wealthy Indian entity.
https://en.wikipedia.org/wiki/Tata_Group)

If we are to lessen our dependence on Australia and China, we may want to further our recent contacts with Singapore, which will take us to other parts of Asia which will be prominent neighbours in the southern hemisphere.

Do we have to turn off sea travel because the large hotels-on-water are not possible any more? What about the newer fast boats using clever tech and freight? Visiting other countries on extended holidays?
There were freight boats in the past that one could travel on cheaply with few facilities - banana boats I seem to remember. Enable some tourism, just not the taste-only, a quick look and then off of cruises, or the on the cheap van travel. I would like to see Woofers still encouraged and properly documented, useful for seasonal work on farms etc.

I don't like the idea of an bubble including Australia. Relationships carefully handled with that country are required. Do we want them sending us more of their criminal classes, if they come down with Covid-19 that they don't want to treat there? They are pretty fly over there, and we have put up with much belittlement from them. It would be better if we had national character to display to others.

It would be good if we could have real respect for ourselves, not this almost alcoholic sliding away from reality - lying about purity 100%, and pristine stuff while trying to pollute it if not already so. Having lax controls over tourist ventures such as White Island visits at a time of increased disturbance there, has been another cause of loss of face, or would be if we were honest.

It would be wise to look at the word 'suzerainty' so that we can see clearly the definition of our relationship with Australia, and get beyond that worn out friendly-Anzac stuff. We will end up with a relationship with some power because we are so small, but we have the chance now to think more widely as we did when we turned to China. Time to branch out and see if we can limit our vassal state. (But just remember Bob Dylan's words - you've 'Gotta Serve Somebody'. http://www.bobdylan.com/songs/gotta-serve-somebody/
(https://www.youtube.com/watch?v=wC10VWDTzmU

Suzerainty is a situation in which a powerful region or people controls the foreign policy and international relations of a tributary vassal state while allowing the subservient nation internal autonomy. The dominant entity in the suzerainty relationship, or the more powerful entity itself, is called a suzerain.

Trying to stand on our own two feet, and taking back control from business hegemony would be helped if we brought back visas between us and Australia, and also to all the world, so that we can manage ourselves for this disease Covid-19 and control incomers to numbers we can manage. And also our border incursions from pests and animal diseases would be helped with less people, and goods, flooding in. Lack of action - and disaster will just hit sooner than it would have done - we had reached the tipping point but business would never be able to call taihoa. It's not in its DNA.

Sunday 10 May What did these guys have to say about the economy, tourism etc?