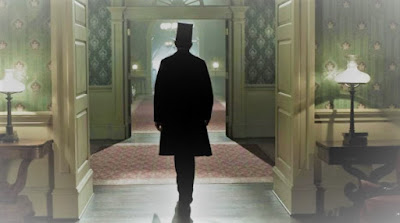 The Illusions Of Power: Does Jacinda Ardern, like Abraham Lincoln, wake in the dark watches of the night still enveloped in the terrors of life-and-death decision-making? Maybe – maybe not. She’s a twenty-first century prime minister, not so susceptible, perhaps, to the deep religious feeling and romanticism that was such a feature of nineteenth century life. But she is also human and therefore prey to what dreams may come, unbidden, to the sleeping mind.

THE PRESIDENT’S DREAM was always the same. It was dark, barely enough light for him to see that he was in the middle of a mighty river. The boat he was standing in had no oars, no sail and no rudder. It was borne forward by the power of the river’s fearsome currents. The President had no means of determining his craft’s course. The banks on either side were dim shapes in the darkness. He was alone – at the river’s mercy.

Abraham Lincoln related this recurring dream to his closest confidants on more than one occasion. It would come to him at those moments in his presidency (1860-1865) when events were driving the United States inexorably towards a crucial moment of decision. Since he was president during the blood-soaked years of the American Civil War, these usually took the form of great and decisive battles. The dream, he said, came to him in the summer of 1863 – just days before the tide-turning Battle of Gettysburg.

Lincoln’s recurring dream is a powerful evocation of the political leader’s lonely and at times terrifying responsibility. Those of us who are spared the agonies of life-and-death decision-making all-too-easily assume that the people in charge are just that – in charge. We imagine them issuing their commands and reality dutifully complying. How else could we think it right and proper to blame our politicians when things go wrong? They told us they would fix the problems by which our world is beset, and yet the problems remain. Who else should we blame?

The true experience of leadership, however, as Lincoln’s dream makes clear, could not be further from the average voter’s fanciful notions of command and control. So many things are happening at once that forming a clear picture of where you are and what you should be doing is impossible. If you ever possessed the means of driving and steering the situation you are in they have long since been lost. All you can feel beneath you is the sheer, ungovernable power of the events carrying you forward. All you can do is peer blindly into the failing light and do your best to remain upright.

The Coalition Government’s “document dump” of two Fridays ago bears out the metaphorical truth of Lincoln’s recurring dream. Contained within its more than 2,000 pages is the story of how New Zealand’s Prime Minister, her senior Cabinet colleagues and the country’s leading civil servants grappled with the smoke and fog of the unfolding Covid-19 Pandemic.

The picture that emerges is one of confusion bordering on panic; decision-making undertaken in extreme haste and with nothing like enough reliable information. It depicts a system that barely coped and institutions that came perilously close to failing.

But it is also a story of unflagging human dedication and prodigious energy. A case-study of the curious magic that emerges from sustained collective effort on others’ behalf. Most of all, however, it’s the story of a handful of people who absolutely had to keep their footing and who did not fall. Almost as if the impersonal currents propelling them forward sensed their courage and kept the boat steady.

Does Jacinda Ardern, like Abraham Lincoln, wake in the dark watches of the night still enveloped in the terrors of life-and-death decision-making? Maybe – maybe not. She’s a twenty-first century prime minister, not so susceptible, perhaps, to the deep religious feeling and romanticism that was such a feature of nineteenth century life. But she is also human and therefore prey to what dreams may come, unbidden, to the sleeping mind.

Like Lincoln’s last dream. To his wife, Mary, he described being alone in a White House grown uncharacteristically still and quiet. He moved through the mansion’s brightly-lit but empty rooms towards the sound of distant sobbing. Finally, in the East Room, he came upon a corpse, lying upon a catafalque and guarded by Union soldiers. Lincoln heard himself asking: “Who is dead in the White House?” One of soldiers made reply: “The President – killed by an assassin!” A heart-wrenching wail of sorrow rose from the gathered mourners.

In the days that remained before his visit to Ford’s Theatre, where Lincoln would be killed by an assassin, the President was haunted by this grim presentiment of his death. He could not, however, avoid his fate. Leaders never can.

This essay was originally published in The Otago Daily Times and The Greymouth Star of Friday, 22 May 2020.
Posted by Chris Trotter at 06:55

What does Jacinda dream about? About delivering victory to Labour again, and then giving it all away to her deputy and concentrating on her family?

That story about Lincoln's last dream is amazing. And while one can't believe it as written, he may have had some sort of presentiment. And we should remember that story of death at the hands of a gun-wielding crazy, as that assassination wasn't an isolated occurrence.

We have been taught that we should emulate the USA, we have copied their policies, they want us in their wars, they sell? us their education policies and others, probably their policing is copied by our force. And at the heart of their great country is bloody violence and death and racism, not the shining knights of goodness held as role models so long.
Those who are still thinking have to work hard to tunnel under the big top circus style that government so often resembles, any real performers there need a safety net which we need to ensure is in place; never has so much been attempted by so few for so many!

The way that the team of Labour and officials worked through the crisis with imperfect information and stayed steady is a huge credit to them. National criticise them as a one person party, no talent. The result shows that the collective can and did beat the individual.

That said National may have done as well, we will never know. What we can suspect however is that they would not have had two years surplus in the coffers, that would have been given away to their mates. I also doubt that National would have acted as promptly as Robertson who understood that you just can't select your own interest groups for financial aid. Maybe I'm cynical but National would no doubt have scrooged their way through this as markets collapsed then called on the invisible hand to make it better.

Star turn from Robertson, it gives me hope that he can be as good in recovery mode.

A few days ago, in the midst of the corona virus pandemic, Donald Trump was visited by the ghost of George Washington.
"George," Trump asked, "how can I fix this? How do I make America great again?"
"Never tell a lie replied George."
"I don't lie. Go away."

Two days ago, he was visited by the ghost of Thomas Jefferson.
"Hey, Tom, how do I fix this? How can I make America great again?"
"Listen to the people replied Thomas."
"I know what I'm doing. I listen to the best people. The best ones."

Last night, while down at Mar-a-Lago, he was visited by the ghost of Abraham Lincoln.
"Hey, Abe, how do I fix this? How can I make America great again?"
"Go see a play replied Abe."

@ Nick
I think that what is happening is that because Jacinda is being so well received in these crisis situations, she is getting the total commitment from her team. Without particularly demanding it, they want to co-operate. The result being that the whole is better than the sum of it's parts.
Cheers D J S

@Nick J you're not being cynical, you're reflecting Nationals past performance for over 80 years. It's the only playbook they read: look after themselves & their mates & to hell with anyone else. RobbieWgtn