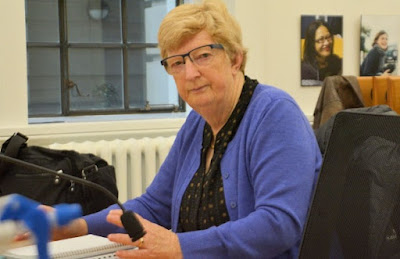 Efficient and Effective? If Heather Simpson had dared to produce a report that restored to “efficient” and “effective” their true meanings, then it would have recommended the complete abolition of both the Ministry of Health and the District Health Boards, and their replacement with an all-encompassing Department of Health and Wellbeing. Sadly, she did not dare.

MUCH WILL BE WRITTEN about Heather Simpson’s plans for the New Zealand health system. Most of the attention, if the media’s coverage so far is any indication, will centre on the abolition of the system’s already anaemic democratic elements, along with the acceptability or otherwise of the provision made for addressing the health needs of Maori. Virtually nothing will be written, however, about the verbal formula which signals that, in spite of all the vigorous rearrangement of deck-chairs, nothing of any real substance in our public health system is going to change.

What is that verbal formula? Easy. It’s the one which reassures the reader of the Report’s unwavering commitment to the “efficient and effective” management of public resources.

What’s wrong with efficiency and effectiveness? I hear you say. In and of themselves, nothing. Nobody in their right mind wants an inefficient and/or ineffective public health system. (Arguably, that’s what we’ve got now!) It’s just that whenever the two words are linked together in the context of providing public services, they carry a meaning over and above their simple dictionary definitions.

Anyone familiar with the political and administrative history of the past 35 years will recognise immediately that that those who use this verbal formula are offering a great deal more that efficiency and effectiveness:

E&E is code for: this institution is being managed according to the theories and practices of neoliberalism.

E&E stands for the “funder/provider split” and against the existential threat of “provider capture”.

E&E signals the presence of a parasitic, grotesquely over-rewarded management layer dedicated to ensuring that scientific knowledge and professional expertise is kept in its place.

E&E means the payment of generous “performance bonuses” to those who prove, year-in, year-out, that more “outputs” can always be extracted from fewer “inputs”.

E&E has no interest in unions, professional organisations, or democracy.

Everything else in the Report flows from this verbal ritual of obeisance to the neoliberal paradigm. The breaking-up of the Ministry of Health. The establishment of competing centres of demand for resources and personnel. The elimination of what little remains of popular participation – via democratic elections – in the allocation of public resources. The assumption (or should that be the pretence?) that meritocracy constitutes the fundamental organising principle of the entire system. Everything, in short, that guarantees the system’s ability to go on resisting genuine and meaningful institutional change is summed-up in those two words: efficient and effective.

It was George Orwell who first made explicit the totalitarian practice of describing a regime’s actions by using words that describe the exact opposite. In his chilling dystopian novel, Nineteen Eighty-Four, the “Ministry of Truth” was where the regime concocted its biggest lies. The “Ministry of Peace” was the place from where Big Brother’s endless wars were planned and run. The “Ministry of Plenty” managed scarcity. And the “Ministry of Love” was where people were sent to be tortured. Under neoliberalism – the world’s most successful totalitarian ideology to date – we find exactly the same methods at work.

What could be more inefficient and ineffective than a health system which has been starved of human and material resources for the best part of four decades? What could be more guaranteed to produce sub-optimal results than the insertion of a layer of decision-makers charged with second-guessing and countermanding the advice and recommendations of medical specialists, doctors, nurses, carers and para-medics? What better way to produce the most dire and unintended consequences than allowing managerial staff to set financial “targets” achievable only by reducing the resources (beds, operating theatres, ICUs) that hospitals need to treat their patients?

If Heather Simpson had dared to produce a report that restored to “efficient” and “effective” their true meanings, then it would have recommended the complete abolition of both the Ministry of Health and the District Health Boards, and their replacement with an all-encompassing Department of Health and Wellbeing.

This new organisation would be equipped with a state-of-the-art IT system capable of tracking every patient and the resources expended in treating them. Each hospital would be run by a superintendent who was an experienced medical professional and overseen by a democratically-elected Health Review Committee.

The day-to-day management of the hospitals would be undertaken alongside and with input from the medical staff and their professional organisations. Within the department there would be sub-departments dedicated to primary healthcare, healthcare for the disabled, public health, mental health, women’s health, children’s health and Maori health, along with a special bureau dedicated to financial management, and another to the maintenance and extension of health infrastructure.

The Department of Health and Wellbeing would be statutorily required to present an annual, publicly available, report to the Minister of Health detailing both its achievements and its failures of the preceding 12 months, and setting forth its financial, workforce and material requirements for the coming year.

It would be understood by both the public and their parliamentary representatives that the health and well-being of the people is not only the state’s prime duty, but also that, in fulfilling this most fundamental of collective obligations, the sums allocated will never be enough. They would also be resolute in their determination that “efficiency” and “effectiveness” must never again have their meanings twisted to produce a system that condemns vast swathes of the population – particularly New Zealand’s poorest and most vulnerable citizens – to lives that are unhealthy and unwell.

This is not the understanding which Heather Simpson’s report seeks to promote. What’s more, it’s clear that the news media and other groups commenting on its content and recommendations never expected it to. Proof, I would argue, of just how firmly the ideology of neoliberalism has us in its grip.

The Coalition Government’s response to the arrival of the Covid-19 virus proved beyond all doubt that when money is urgently needed to serve the common welfare, it can always be found. If only Heather Simpson’s report had loudly and unequivocally proclaimed the urgency of the need to rebuild our public health system, and called upon New Zealand society to find both the money and the will to do it.

As it stands, Simpson’s $3 million report represents neither an efficient nor an effective use of public resources.

This essay was originally posted on The Daily Blog of Thursday, 18 June 2020.
Posted by Chris Trotter at 11:42

A member of an NZ Labour Party LEC asked if I was helping with campaigning–I replied somewhat snarkily as ever–“when Douglas, Prebble and Bassett are arrested, and a grovelling apology made to the nation I will be happy to assist…” I would add though that I do allow a large Labour hoarding to be sited on my prominent corner site on a State Highway with thousands of passing eye balls per day. It will be joined this year by a “make it legal” sign also.

My point is, what will be the tipping point for the retirement of the structural elements of neo liberalism and the ending of the main Party, Parliamentary consensus, on “Roger’n’Ruth’s” legacy? I agree enthusiastically with Chris piece today and it points to other areas that need an urgent clean out. WINZ/MSD, Oranga Tamariki, Immigration NZ, DoC, and on it goes. There is a left get together in Wellington 25 July
https://www.facebook.com/events/1050101098726133/
Hopefully all these experienced and wise heads can come up with some ideas to hand on to the Govt. for urgent action after the General Election. The Labour Caucus will persist with status quo managerialism as long as they are allowed to.

On what grounds can neo-liberalism seen as "the world's most successful totalitarian ideology to date"?
While any government insisting on keeping up law and order can be seen as "fascist" or "totalitarian" by anyone "having an ax to grind", does not the "neo-liberal ideology" actually err more in the "libertarian" than in the totalitarian" direction ?

Jacinda has already said on her watch there is not going to be any surprises sprung on an unsuspecting electorate such as what happened in the 80's. labour needs to take the people along with the idea of dismantling the neoliberal dark forces of the rogered & ruthanasia era. If Labour receive a positive message and mandate from the electorate on September 19 I would hope those dark forces are removed.

Raise your glasses to hope.

A really important and clear-sighted critique of the report Chris. The trouble is that most NZ institutions and bureaucracy seem unable to think outside of neo-liberalism. This report makes it very clear that 'E&E' are used in two ways. The first is an appeal to the pragmatic and anti-intellectual nature of NZ. To be 'efficient' and "effective' seems like 'common sense'; it seems like it is the way to ensure that public money is well spent, it seems like it is to ensure the best interests of the population are upheld.
But of course the other side is the ideology of neo-liberalism where 'efficient' and 'efficient' are coded terms to rationalise and managerialize within a neo-liberal status-quo. Expect to see even more out-sourcing of services to NFPs and NGOs who then have to spend their time meeting funding KPIs for as low a tender as possible while also seeking to retain funding for their programmes.
We tend to forget in NZ that neoliberalism now operates as an implicit neoliberalism of the status-quo. Is can no longer be regarded as an imported ideology but one that has taken a very pragmatic, 'common' sense' root in all levels of NZ thought and society. It is really not not a choice of neo-liberalism or something else, but rather, what type of neo-liberalism...?

Tiger, totally concur. What I find amazing is that there were totally workable models of public sector delivery prior to the neo lib deforms. Health in particular did not require change in terms of patient outcome, especially when compared to what was to come.

So 30 years of doing the same thing and getting the wrong results (definition of stupidity) needs merely to be stopped, and reverted to a former model that did work.