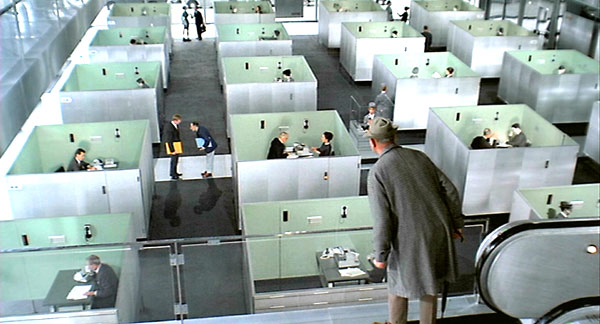 Excellent post Chris, and before the blue and purple tinged trolls get here,It is unarguable that Socialism is the only just and equitable path forward in what appears to be a nightmare coming. I wont hold my breath for too much agreement though.

Nice post, Chris. Can't say that I'm extolling the feeding stalls - there is something so "1984" about the concept.

Pdogge said "It is unarguable that Socialism is the only just and equitable path forward in what appears to be a nightmare coming".

Why is it unarguable?

@ XChequer Perhaps not exactly the right choice of word but meaning for me that I know no other way for an equitable society dealing justly for the people and the environment we live in. The alternative...the anarchism of what we have that will probably destroy us.

Funny thing is I organise young workers through facebook, texting and other "technological glitter" all the time and they have more solidarity and fight than a lot of older union members. I think that's because they have all the information and autonomy they need to participate in real industrial democracy. If you approach it with an organising perspective the immense connection of social networking devices can really flatten the traditional hierarchical union model and deliver the power back into the hands of union members. A facebook group forum is a much more democratic space than a union meeting was in 1982.

You shouldn't fall into the trap of bashing the young just because you don't spend much time with them Chris. That's how people become reactionary old farts and I know you're not one of them.

Great Post Chris, will now email this to all my offspring. And discuss it later in the week when the family meets.
anonymous above is quite correct the new technology is an effective organising tool,getting the younger generation to learn their history now that's a whole other ball game.

Chris, youth do understand socialism more than we give them credit for. They might not realise or understand the theoretical side but they do demonstrate levels of concern and communal / collective action that is the basis of practical socialism, as demonstrated by their level of activity on environmental causes. All is not lost.

What is missing is a broad collective alliance against corporate capitalism such as the NPA that was recently launched by Besancenot, a postman in France. Vacuums have a habit of filling up.

Chris, youth do understand socialism more than we give them credit for.

Yes we do - and we attribute adherence to it to an educational failure; it's an ideology that appeals to those from previous generations, generations that lacked adequate access to information and suffered from poor education.

We can look around us and see the results of a slavish devotion to communism. The devastation wrought by the fifth Labour government is painfully apparent, every day.

We can compare our lifestyles and living standards to our peers in other countries and do so, enviously. The inescapable conclusion is that the communists have wrecked our country.

Anonymous, you have just proven me wrong. If your understanding of socialism as demonstrated by your post is representative of the young then I hang my head in shame and apologise.

That the 5th Labour government was remotely socialist I would question, no visible devastation is apparent, and crimes to account for?????

I can agree with anonymous that there is an educational failure, how else could such ignorance of alternatives to such extreme ideologies such as communism and free market monetarism be explained?

Chris you are indeed a ruminating old NZer.
You romanticise the Old worker when they were suckered into delusions about NZ as a classless, raceless utopia.
The New Workers have the advantage of a capitalism that is visibly rotting from the inside. The contradictions are bared like bones. The tools of capitalisms gravediggers are not spades but the SMS, the RSS.

I know some "new workers". They are deeply cynical and very unmotivated. Why should they lift a finger for bosses they would sack then in a half a heartbeat?

Fear? This is these are the "F*** You" workers. They don't have mortgages yet and now the crash is opening a few eyes.....why one earth would they ever want a mortgage? It's a boat anchor around one's neck in bad times. You can't save any money because you're always feeding the bank.

"New Workers"....the law of unintended consequences seems to be breeding a new generation of naturally-arising socialists.