Busy Doing Nothing: Why Andrew Little Needs To Keep Labour Out Of The Headlines. 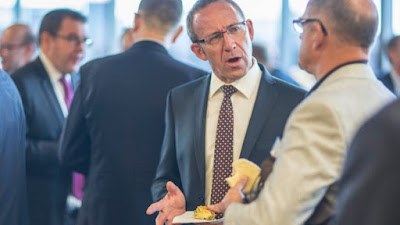 Hi Chris
I concur with suggested strategy of Little for now. He needs to be watching what's going on in the world for " the times they are a'changin ".
In the meantime his team is doing quite OK in the house ,pecking away in fertile ground at National"s integrity in re swamp kauri exports enriching a nat mp's partner, and gross payments to a Saudi billionaire to establish a sheep station in the middle of a desert etc.
He does need to be quietly talking to some non neoliberal economists though , to be prepared for a worldwide rethink of policy.
But it would be no use him touting what I might think now as the electorate is not ready to seriously question the present order yet.
Cheers David J S

P S to G S I notice from some of your comments that you are or where a school teacher. A close acquaintance of mine once had a disappointing time long ago offering knowledge and understanding to a class identified as 4G. He divined that the G stood for Gorilla , and that the only way he could conceive of transferring that knowledge and understanding would be by way of a surgical procedure involving either physical insertion or a complete transplant. I wonder if you taught the same class.

Labour internationally has become synonymous with a bland mediocrity based on a middle-of-the-road positioning. Starting from a position of being non-descript and ensuring nothing is done for the party to stand out sounds like the Blackadder type of cunning I've come to expect from the organisation.

Silence and mediocrity can never hope to inspire or motivate anyone. I might have thought being inspirational and bland actually continues Labour's ongoing demise from relevance.

If the party is indeed successful in not be noticed, it's not going to help in getting out the vote... after all, why bother if they are all the same anyway?

Your comment does not affect the conviction in the street that Labour still has deep divisions in caucus, still there from the Cunliffe debacle, the ABC"s have diluted to 3-6 factions, Twyford/ Parker, Robertson/ Ardern, Nash/ Cosgrove/ O"conner and of course Little/ King and Neal jones( director ) there also is the rainbow faction led by Wall/ Woods,.The others like Hipkins, Mallard are flitting. A leaking of the restructuring report has been dismissed as a minor matter but I understand the reasons for the leak caused deep concern in caucus. Despite what you say, only minor monies are being generated and the membership drop under Cunliffe lifted slightly under Little but has stopped climbing for some months. Serious political discussion on gender rules, list seat allocation, the non-performance of some front benchers, the retirement of long term seat warmers ect and the most important question that is the elephant in the room: how should the leader of the labour party be selected still haunts them. Nobody ,repeat nobody in caucus likes the present system. These problems are not being discussed and they will not go away by the next election. I understand that some of the MPs are most unhappy with the administrative leadership calling it stagnant and untrustworthy. I am sorry Chris but your article is more words than fact.

A few vibes out of Labour, it seems that David Shearer is being lined up for Deputy and Annette King is going to get her sinecure, Little will move into her seat.

I think Anonymous @ 18:43 has hit the nail on the head. Just because Labour's problems are no longer apparently out in the open doesn't mean that they have gone away or even that people imagine that they have gone away. The divisions are still there thanks to their identity politics-i.e the only person who can represent a rural woman is another rural woman -or whatever. There is also such an enormous jump from 'he's not such a bad guy' to 'I might vote for him' or even further to 'he would make a good pm'. I have tried to imagine the latter and I simply can't. If someone has lately told Little not to appear so angry all the time then it appears that they might have done him a favour - it's not a very attractive emotion and often it seesm he is so angry that he can no longer be rational.

Interesting reference to The daily blog, whose readership, I think, a little like the radicalised Labour membership, is massively disconnected with the kind of working, middle-of-the-road voter whom Labour needs onside in order to thrive. Indeed, it seems to me that one of Labour's most intrinsic problems is that it simply lacks empathy with the kind of people whose votes they could have counted on in the past - especially the more culturally conservative "meat and 3 vege" type of voter. The Labour activist type blames all left-wing problems on the media (with a degree of justification) but totally fails to concede that Labour's dwindling appeal is a true reflection of its own ideological narrowness - unless Labour can change their image as a party of "identity" and special interest groups, I just cannot see their fortunes improving.

I banish the unworthy thought that I've just read a job application.