Seventies Pessimism (Fragment of a letter from December 1977) 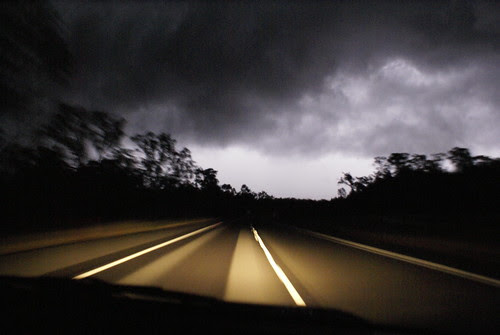 LATE Thursday evening, approaching midnight, though Fergusson Drive still crowded with cars. This island never sleeps. Full moon giving the sky an unnatural brightness. Not a breath of wind.
This street on the right side of the road. Heretaunga, twenty miles out of Wellington. Old, established, oozing money and self-satisfaction. Home of businessmen industrialists and their whores, the lawyers and accountants.
Been here now for over a month. A lonely bird in a gilded cage. Miss the old town and the faces in it. Aching for A.
Writing to you now. Doesn’t do to neglect old friends. Caught up in the ego-race last year – kinda lost touch. We all make mistakes.
Your ideas are old-fashioned, definitely not hep, but sorta admirable in the burned out remains of our culture. Time for a prophet, no doubt. Someone to throw the money-changers out of the temple. Sure. But whose got that sort of magic up his sleeve these days?
We are dealing with forces beyond our comprehension.
The Lord of the Night has spread his cloak wide and the Sun itself is on the defensive. Black holes sucking the light out of the universe. The Powers of Darkness definitely on the offensive. Arab/Japanese cloak-and-dagger deals behind closed doors. Baader-Meinhoff unleashing fire and slaughter, even as they die.
Bad magic W. Powerful spells.
The Wizard must know – but what are we to do?
Back in the dark days of 1940 the witches and wizards of England met in the New Forest and raised the Cone of Power to repel the German invaders. The spell succeeded, but in casting it the Keepers of the Power destroyed themselves.
For, you see, there is no contest between Good and Evil. Evil has all the cards in his hands. To throw back the Nazis, English wizardry had to use its entire strength. Now the power of England is broken. Those that protected and fed the English flame for so long are spent, and the continent of Europe has finally retrieved her wayward islanders. Long live the EEC and German social-democracy!
You catch glimpses of it sometimes. The Plan. Unfolding itself with all the inevitably of Death, the Grim Reaper, striding heaven-high between clouds, and laughing like a thunder-storm.
On the journey North I travelled by night across the Canterbury Plains. And all along the spine of the island, flashing off the faces of the Alps, burned wildfire - leaping and flickering from mountain-top to mountain-top, shattering the darkness in glaring white bursts.
Fantastic!
Sent me back to my childhood in North Otago. Past and present running together. A living continuum.
And me, watching this awesome display, my nose pressed to the window of a Datsun 120Y. (Japanese car, Arab oil!) On my way North in the middle of the night. Heading for what is now my past. Towards this letter which will travel the path I followed backwards to you.
All linked W.
Everything.
Nothing done in isolation.
We’re all assigned our role. All play our parts.
And the Plan unfolds.
Posted by Chris Trotter at 11:17