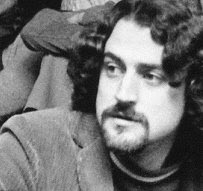 This poem was submitted to the Otago University student newspaper Critic in lieu of the usual candidate’s "blurb" for election to the OUSA Executive. It conveys something of the oppressive political climate then prevailing under the authoritarian and deeply polarising National Government led by Rob Muldoon. The reference to Bert Walker and Frank Gill is to the two most reactionary members of Muldoon’s cabinet.
From a Blade of Grass the Lawn-Mower Missed
I
What can possibly be said in a space such as this?
The eyes of six-and-a-half thousand
Skimming through pages laid-out by half-a-dozen.
What can possibly be said by yet another student politician
Gold-fishing in the universal yawn?
Staining these pages with bitter union coffee,
Half an eye on the clock,
What can you possibly expect me to say
Students of Otago?
That I will kindle crimson fires
In the hearts and minds of Medical Students
Dissecting flesh as cold as the Leith’s winter stream?
Set ablaze the brows of English Majors
As they struggle through yet another
Of Donne’s ‘Holy Sonnets’?
Lay to rest the ghost of Machiavelli
Gibbering glibly in the boardroom upstairs?
What can I possibly say?
II
In the midst of Muldoon’s frigid reign
All policy is corrupt.
Who would be foolish enough
To make you promises?
In the land of Bert Walker and Frank Gill
All promises are best read as threats.
Suffice to say that we find shelter here:
Freed at last from Home and School,
Not yet incarcerated in the social zoo.
I seek to serve the cerebral few
Boxed in by the dumb ignorance
Of an aging Protestant town.
My fight is with the creeping tide of lies
That flows across Cook Strait,
That oozes from every pen
Scribbling for Internal Assessment,
That dribbles from every mouth
Urging acquiescence to the eyeless men
Whose hands still drip with the blood
of Africans, Chileans, Timorese.
III
Can I possibly have said all this;
Polemical poetics on a Tuesday afternoon
Half-an-hour before the next lecture?
Can he possibly have said it!
For reading this far you have my thanks.
If my words have found faint echoes among you
Deliver come election day
Politics into the hands of poetry.

Hmmmmm . . . but then not many candidates I know have been elected using poems.

So you campaigned in poetry but would you have governed in prose?

You might remember Dai (Sanders) the Welshman whose ambition at the time was to have an eistedfodd for local bards? I used to visit, seemed Otago was so bloody cold that sitting in the Burns listening to our god awful poetry was far preferable to being outside.

I seem to recall that was in the 1990s. I was a Cook man, myself - back in the 70s. Used to sit on a beer-crate in the Corner Bar with Hone Tuwhare, Peter Olds and John Gibb, drinking 50 cent jugs (was it really possible to get drunk for two bucks?) and setting the world to rights. (Or, more probably, given the company, to lefts.)

Too right 76-7. Came down one time, it snowed, Tuwhare was insisting on going out for shell fish in the freeze. I declined. Good fun.

Crikey, Chris, I didn't realise your style has become LESS ornate over time ...

As Bob Dylan so ornately put it: "Oh, but I was so much older then, I'm younger than that now."