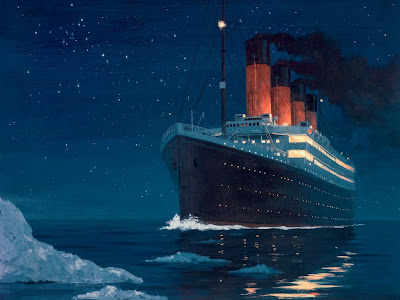 Heading for disaster? Key's decision to abandon National's neoliberal moderation and embrace Act's hard-line neoconservatism over the question of Maori representation on the Auckland "supercity" council
signals a major - and quite possibly disastrous - change of course by his government.
JOHN KEY’S decision to appease both ACT and the far-right of his own party by refusing to make provision for Maori representation on the new Auckland "supercity" council will be remembered as the moment his government turned away from neoliberalism and embraced neoconservatism.
It’s an embrace the Prime Minister will live to regret, because in surrendering to the most conservative political elements of his party’s vastly expanded constituency, he has set in motion the processes of electoral decay which National and its leader, until this week, had so spectacularly defied.
Elderly New Zealanders, and those living on farms and in provincial cities and towns have been prioritised over younger voters, and those living in the major metropolitan centres. The values and, more importantly, the anxieties which shaped our past have been accorded greater political weight than the beliefs and aspirations of those who will build New Zealand’s future.
Most importantly, a government which, up until now, had been guided by a coherent set of political principles – the principles of neoliberalism – and which had held steady to that course, has been wracked by sharp divisions over the administration’s proper course. The lessons of the past, which National’s new captain appeared to have learned, are now in the process of being unlearned. That being the case, the political mistakes made by Jenny Shipley, Bill English and Don Brash will, almost certainly, be repeated.
The historical reality Mr Key is most at risk of unlearning is that the great shifts in political sentiment and expectation which convulsed New Zealand in the 1980s and 90s were driven by two very powerful forces. One was the society-wide move away from collectivism and towards individualism. And the other was the rise of broadly-based citizens’ movements against ethnic-, gender-, and sexuality-based discrimination.
In responding to these two powerful trends, Labour discovered it was relatively easy to adapt its pitch to accommodate the demands of the new social movements. Satisfying the expectations of the anti-collectivist "free-marketeers", however, could be achieved only at the cost of splitting the party.
National’s conservative members faced precisely the opposite problem. They found the policies of economic liberalism broadly acceptable (at least in the short term) but rejected utterly the powerfully disintegrative influence social liberalism exerted on traditional moral values.
What made Neoliberalism, as an ideology, so peculiarly suited to the temper of the times: it’s "point of difference" if-you-will; was that it could quite happily, and without serious philosophical contradiction, accommodate the expectations of both economic and social liberalism. The electoral landscape was thus transformed.
On the face of it, therefore, the support agreements which Mr Key forged with Act and the Maori Party following the 2008 election looked set to deliver a super-charged neoliberal government. The Act leader, Rodney Hide, enjoyed the reputation of being not merely a staunch economic liberal, but also a libertarian – someone for whom racial, gender and sexual discrimination was totally unacceptable. What’s more, the Maori Party leadership, for whom ending anti-Maori discrimination was non-negotiable, also showed encouraging signs of embracing the "aspirational" values of the National Party’s individualist philosophy.
What neither Key, nor the electorate, grasped, however, was that in spite of its radical neoliberal rhetoric on matters economic, Act is very far from being a neoliberal party. In spite of the best efforts of its founder Sir Roger Douglas, Act remains what its first leader, Richard Prebble, made of it – a neoconservative party.
Act attracts votes not on the basis of its neoliberal economic dogma, but on the strength of its deeply conservative social policies. It is, in fact, profoundly illiberal on such issues as crime and punishment, war and peace, indigenous rights, and more latterly, the right to inflict "good" parental correction. Rodney Hide, in spite of his personal preferences, must embody these policies or forfeit the leadership of his party.
A positive libertarian (one who construes liberty as empowering the individual, rather than disempowering the state, and who, in constitutional terms, preserves the rights of the minority against the tyranny of the majority) would’ve had no difficulty accepting the Royal Commission’s recommendations regarding Maori representation.
Had Mr Key required Act to live up to its boast of being "the liberal party" on 3 June, Mr Hide’s bluff would’ve been called. Instead, by giving-in to neoconservative pressure, he’s diverted National from its winning course.
This essay was originally published in The Timaru Herald, The Taranaki Daily News, The Otago Daily Times and The Greymouth Evening Star of Friday, 28 August 2009.
Posted by Chris Trotter at 09:59

John Key's decision not to have Maori seats on the Auckland city council cannot be a lurch to neo-conservatism as it is a continuation of the local body status quo. Was Helen Clarke also a neo-conservative for not introducing Maori seats to all local bodies?
The introduction of electoral seats based on race is not neo-liberal or any kind of liberal at all. It is amongst the most reactionary of assaults on individual liberties imaginable. Classifying people by race rather than as individuals doesn’t just strike at liberal-democracy; anyone of a Marxist persuasion should oppose it as well.
As for the young, who you correctly point out tend to be more liberal than the elderly, I see no evidence that they see their liberal non-racist views being supported by the encouragement of race based politics.

Mr Trotter, today you are in lululand.

If anything, John Key has alienated a section of his support base by sticking his neck out over the anti smacking legislation. Ordinary Kiwis don't give a shit whether he is neo-liberal, neo-conservative or neo-baked beans.

If you seriously think blocking mandated reserved seats on Auckland Council will upset anyone other than Margaret Mutu then you are deluded. When the council itself puts up the proposition,as is its right to do - already enshrined in the Local Gummint Act, I will vote against it and I can claim to be Mana Whenua.

When will you start to agitate for reserved seats in the South African parliament for Afrikaaners? Go on, be a man of principle!

Personally, I think John Key has let Rodney Hyde play his trump card - now that he has used the threat to resign he cannot credibly use it again in the near future.

Well, Mr Fiinkensein, people may not be able to put a name to their governments' ideological predelections, but they can certainly tell when they've changed.

They'll notice Key's shifts too - even if they can't tell you the difference between neoliberalism and neo-baked-beans.

Whilst you are undoubtedly correct in detecting a large dose of neo-conservatism in ACT's social policies across the board, the party's opposition to reserved seats for Maori is liberalism incarnate.

It is possible to defend reserved seats for a particular ethnicity in pragmatic, Utilitarian Social Democratic terms ("best way forward for society as a whole", "way of evening things up", etc.)

It is also possible to defend them from the point of view of Burkeian conservatism (Iwi as an "estate of the realm", as an essential part of our social fabric and as guardians of tradition).

But liberalism assumes, as a matter of principle, that we are all equal, that we all deserve equal representation and that citizenship trumps both ethnicity and tradition.

You are correct that mainstream New Zealanders have become more open in their attitudes to other cultures, be they indigenous or of recent arrival.

But I don't think that the culturally liberal young have become more tolerant of the claims of Tino Rangitiritanga. Quite the contrary, if anything.

Sweet Jesus Chris Trotter,
when will you socialists people get it,
New Zealand will not have race based representation,
end,
you have to get into the 21 century Chris,
soon a s you can,