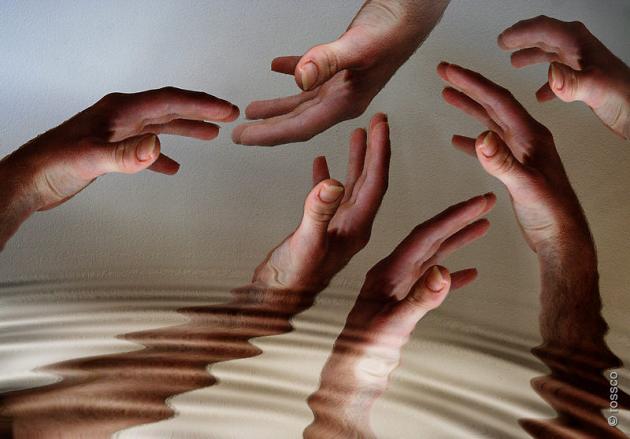 So many hands, so little time: John Key, unlike Bernard Hickey, understands that economics is not a science - it's politics - and our Prime Minister is getting very good at it.
BERNARD HICKEY is a very angry man. His bleak vision of New Zealand’s future doesn’t so much boil down to a "clash of civilisations" as a "clash of generations". He foresees a long and vicious political struggle in which the "young and poor" are pitted against the "old and rich". His advice to young New Zealanders? Book a ticket on the next flight to Australia – now.
Who’s responsible for Mr Hickey’s bad temper? Predictably, it’s the Prime Minister.
Mr Hickey was hoping against hope that Mr Key would use Tuesday’s much-hyped Prime-Ministerial Statement to Parliament to announce a series of decisive measures designed to shift New Zealand’s risk-averse investors out of the residential property market and into investments more productive of national wealth.
A Land Tax. A Capital Gains Tax. The closing-off of tax loopholes. Any or all of the recommendations of the Tax Working Group. Any measure that brings the cost of purchasing a home back to earth with a resounding thump. Any policy that offers Generations "X" and "Y" the slightest hope of owning their own home.
That’s what Mr Hickey was waiting to hear: something to prevent our best and brightest packing their bags; and when Mr Key failed to oblige, Mr Hickey saw red.
Well, no, that’s not quite right. Mr Hickey didn’t "see red". What he "saw" was a much deeper shade of blue than any Mr Key or his government are ready to wear.
Like so many ideologues of the Right, Mr Hickey has no patience for either politics or politicians. In Mr Hickey’s eyes economics is a "science" – like physics. And, just as we would laugh at the idea of passing a law against gravity, so we should deride any politician who raises political objections against self-evidently sensible economic measures – such as forcing investment out of unproductive sectors of the economy and into sectors more likely to boost productivity and competitiveness.
But economics is very far from being a science. At most it’s a useful set of tools. Originally known as "political economy" – a term which conveyed much more accurately the discipline’s true purpose – its prime objective is to identify the contributing causes and practical consequences of organised human activity.
If politicians don’t understand why things are organised the way they are, and what is likely to happen if they try to change them too drastically, then they’ll soon find themselves in a whole lot of trouble.
Unlike Mr Hickey, Mr Key’s most important objective is to secure both his own, and his party’s re-election at the next general election. Should he fail to be re-elected, all hopes of changing the way things are organised will be dashed. Even worse, electoral defeat may result in people with radically different ideas about the way things should be organised finding themselves in a position to do exactly that.
National’s aim is to reduce the tax burden of the nation’s wealthiest citizens. Mr Key would be rendering poor service to those citizens if he embarked upon a course of action which brought to power a party dedicated not to reducing, but increasing the tax burden of New Zealand’s "rich pricks".
Had Mr Key announced the introduction of the sort of property-investment-unfriendly measures demanded by Mr Hickey, the National Party’s chances of winning next year’s General Election would have plummeted. One hundred thousand rental property investors and their families, fearing huge financial losses, would have turned away from Mr Key and National in exactly the same way elderly New Zealanders turned away from Jim Bolger’s National Government when, in spite of his "no ifs, no buts, no maybes" promise to lift Labour’s hated Superannuation Surtax, it refused to do so.
Like Keith Holyoake, the National leader he most closely resembles, Mr Key seems determined to "make haste slowly" – keeping intact for as long as possible the coalition of socio-economic groups which carried him to power. He will lower the taxes of the wealthy – but only in conjunction with measures designed to preserve the living-standards of the rest of his electoral base.
That does not include the poor – but it does include the rich, the young and the old.
Mr Hickey may think that Generations X and Y versus the Baby-Boomers and their parents is the battle New Zealand has to have.
Mr Key (thank goodness) knows better.
This essay was originally published in The Timaru Herald, The Taranaki Daily News, The Otago Daily Times and The Greymouth Evening Star of Friday, 12 February 2010.
Posted by Chris Trotter at 16:37

Do understand the land tax Chris?

The parallel you draw between Holyoake and Key is prescient. Holyoake had New Zealand muddle along from 1960 to 1972. It was the beginning of the great slide for our country. When he started the Aussie pound was worth just 16 shillings of our money. And we were equal to the pound sterling. England started talking about joining the European Economic Community in about 1961. Holyoake did as much about that in his time as Key has done to get New Zealand's economy restarted. England went for a Value Added Tax in 1970. Holyoake's finance minister at the time was too timid to follow that move. That finance minister did not want to damage his chances in 1975.
I sincerely hope Key will follow Bernard Hickey's suggestions and not muddle along like that pompous Pahiatua ponce.

As it happens, I grew up in those years, and looking back, they were great years to grow up in. If John Key can preside over a period of such prosperity and social progress, he'll be as fondly remembered as "Kiwi Keith".

The truth of the matter is, New Zealand actually did very well to emerge from the 1960s in as strong a shape as she did. What crippled her - along with most of the other Western nations - were the oil-shocks of 1973 and 1979.

By 1984 the worst was over, and without the enormously destructive effects of Rogernomics and Ruthanasia there is every chance that we would have come through the rest of the 1980s and the 1990s in about the same shape as Australia.

You only have to look at the comparative economic data to realise that it was our particularly virulent strain of neoliberalism that caused us to fall behind our trans-Tasman cousins.

If Mr Key is really smart, he'll slowly but surely keep stepping us away from all that. Indeed, I think it's the corporate sector's fear that he might do just that which makes them so hostile.

It's precisely the not knowing which way the Prime Minister is going to jump that makes this National Government so very fascinating to watch.

I felt it interesting that Key ruled out a land tax.

I think its an open secret that the farmers would have blockaded our highways with their tractors if he even *thought* about it.

"National’s aim is to reduce the tax burden of the nation’s wealthiest citizens."

That is spot on. Capping the trust and top personal income tax brackets to 30% won't help the economy grow (any benefits would be smaller than the harm done by the increase in BMW imports). But it also won't win them any votes. High income earners vote for National and ACT, and the few who don't won't vote National for anything.

New Zealand's corporates are so drained as a lobby group that the government has shown no real interest in directing tax cuts their way.

"One hundred thousand rental property investors and their families, fearing huge financial losses, would have turned away from Mr Key and National"

Which could only happen if the Labour Party supported the usurious landlords against the interests of ordinary New Zealanders.

Sadly, I don't believe Labour's ready to take a strong stand on tax reform. Many of the "Chardonnay Socialists" Labour needs to carry the electoral day are also investors in a second (or even a third) rental property.

It's what Ronald Reagan's budgetary adviser, David Stockman, called "The Triumph of Politics".