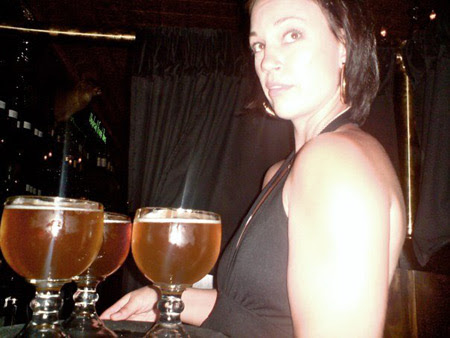 (For Giovanni)
Ave Caesar! Morituri te salutamus.
1
No, I’m sorry, I can’t talk to you – it’s not allowed.
How long have I been standing? Well my last break was two hours ago.
Yes, it does get tiring – and the customers can be so rude and demanding.
But they’re always right – ha ha!
How much am I paid? $14.75 an hour.
Union? Shhh! You’ll get me fired!
No union here.
2
Do I look drained? Yeah, well, I suppose I am – it’s been a long shift.
You bet the callers can be rude and demanding!
And I’ll tell you something else; some of them are really stupid.
But you have to be nice – or they ask for your supervisor
And that’s something you don’t need.
Too much negative feedback and you’re gone.
And, of course, it’s all recorded.
3
Pretty? Are we? I suppose we are – it’s all part of the buzz.
Propositioned? Oh yes, all the time.
And they’ll cop a feel too – if they think they can get away with it.
What, these? You bet they’re heavy.
Yep, twice – and God, did I hear all about it.
The boss docked my wages. Seriously!
I haven’t dropped any since.
4
It’s the looks on their faces, mate.
Like we’re from another planet.
Sitting in their big, air-conditioned SUVs
While we’re out here melting the soles of our boots.
Breathing in benzene and bitumen.
Hot? Shit mate, you’ve no idea – 45-50 degrees!
But, you get used to it.
5
Tired? I’m always tired these days – it just never stops.
You want to go home at 5, have a family life,
But the looks you get – the sly little smiles – like they’re saying:
"That’s not going to look so good on your next performance review, is it?"
The team manager? He’s a real bastard – I hate him.
But, what can you do?
No one else is going to pay the mortgage.
Chris Trotter
February 2010
Posted by Chris Trotter at 11:30

This post should not go without comment and yet there is nothing to say that it does not say itself - it is the quietly spoken truth that stops the conversation. How far away from slavery is service work performed under these conditions?

And I’ll tell you something else; some of them are really stupid.

Not just stupid...predictably it's the older women with educated accents who will unloaded a torrent of foul-mouthed abuse if they don't get what they want.

Sweatshop workers in China are treated better than those in the hospitality industry here.

The employer-employee relationship has large aspects of it left over from the master/slave (or servant) relationship of old.

And to those who say, 'if you dont like your job, just leave' - if you cannot find another job (which would most likely be the case), there is a 14 week stand down period for the dole if you leave your job, so a lot of people have to put up with misery so they can have food to eat and a roof over their head.

Successive governments since 1984 have said they want to create a high wage economy. What they haven't said that they didn't mean to include the people who do the actual work.