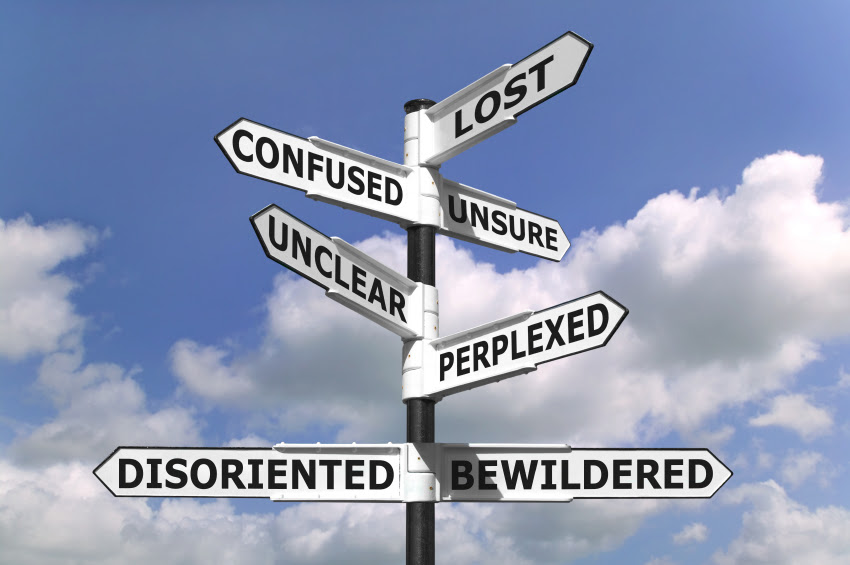 Second Term Confusion: After a first term of effortless government, followed by a resounding electoral victory, John Key has foolishly succumbed to the blandishments of a noisy minority of right-wing social sadists. If he really wants to carry the National Party into a third term, he needs to re-acquaint himself with that old right-wing adage about the government that governs best being the government that governs least. Or, as they used to call it: Laissez-faire Capitalism.
IT’S WEIRD, a government which seemed to have discovered the secret of political longevity is now trying to kill itself. Honestly, I feel like grabbing the Prime Minister by his lapels and demanding to know:
“What is it about winning nearly 48 percent of the Party Vote that you don’t understand, John? For Pity’s sake! You were doing your job brilliantly! People really liked you. Or, if they didn’t really like you, they definitely liked your opponents less. That old saying about the government that governs best being the government that governs least was borne out before your very eyes: first in the polls; then at the ballot box. So, seriously, John, what was not to like about the way you governed New Zealand between 2008 and 2011?”
It really is a mystery. With the rest of the world slowly, painfully, yet unmistakably, hauling itself out of the worst global recession in eighty years, and the reconstruction of Christchurch about to inject a massive dose of economic adrenalin into the stalled heart of the New Zealand labour market, the political prognosis was looking pretty good.
The numbers on the dole and the DPB were ready to fall, just as they had under Helen Clark when the economy started growing. More people in work would have lifted the tax take and reduced the deficit. Big dividends from the State’s energy assets would also have contributed to reducing the nation’s debt. To make matters even better, commodity prices were holding firm and the cockies were (at long last) reaching for their cheque-books.
The indications are strong that if Mr Key and his government were to do nothing at all, by the middle of their second term they’d be more popular than ever.
But, “nothing at all” is not something Mr Key and his government are permitted to offer. All around them, people who call themselves ‘supporters’ are clamouring for action.
“Where is the economic plan?” “Why hasn’t something been done about the unions?” “Where are the welfare reforms recommended by Paula Rebstock?” “Why are so many state-owned assets still sitting around unsold?” “What are Mr Key and his government waiting for?” “You’ve won the damn election – get on with it, Man!”
Not that the people making all this racket represent a majority of the population – far from it. The clamour for neoliberal “reforms” has always come from a tiny minority of New Zealanders – about the same number of people as vote for the Act Party. The National Party’s problem is that they’re the sort of people to which it’s always felt obliged to pay attention: CEO’s of powerful corporations; Rich Listers; right-wing media commentators. The “One Percenters” who can usually be relied upon to make generous donations to the party’s campaign coffers.
What Mr Key fails to understand is that such people are in the grip of a peculiar and very dangerous social pathology. Where a normal person would happily sit back and enjoy their superfluity of wealth and power, these folk cannot rest easy until they are satisfied that their “More” is the product of someone else’s “Less”. Their comfort is made from our misery; their pride from our humiliation; their strength from our weakness.
Why Mr Key has decided to serve this bunch of social sadists is a question only he can answer. But he should know that, if he persists, then his ranking as New Zealand’s preferred prime-minister, and his party’s electoral support, will sink lower and lower.
If you would save yourself and the National Party from certain defeat in 2014, Mr Key, then you must renew your faith in the benign indifference of your government’s first term. Abjure the sadistic interventionism of the neoliberal ideologues, Prime Minister. Embrace instead the oldest principle of effective Capitalism: laissez-faire.
The best thing you can do for this country right now, Mr Key, is nothing. Take your hands off New Zealand's economic machinery and, please, just leave the rest of us the hell alone.
This essay was originally published in The Dominion Post, The Otago Daily Times, The Waikato Times, The Taranaki Daily News, The Timaru Herald and The Greymouth Star of Friday, 2 March 2012.
Posted by Chris Trotter at 11:23

You write "Why Mr Key has decided to serve this bunch of social sadists is a question only he can answer".
I suggest John Key Bucket List Prime Minister Banker he is one of them.

Chris, I find it rare to concur with your agenda but this is one of those rarities. You are so right on the money regarding Key and this current parliamentary term. Very well said.
Graham Walker

Chris, I also might want to mention that Len Brown is being blasted for doing nothing as well, only the minority calling for his action are from the Left. It can't run both ways, damned if you do and damned if you don't. Key would lose party votes as the radicals drifted further right through his lack of action or the more moderate members drifted back to labour once the party recovered itself (if it ever does).

I think he's doing what he has to even if it damns him. He doesn't want to be remembered as a vacant PM who was simply a placeholder and inaction will damn him just as surely as his current actions. If the economy goes up then some of National's plans will actually go through as prescient as the work-testing picks up as the jobs start appearing. I doubt it will run anywhere near as smooth and hopefully some plans will backfire, but I don't hold my breath either way.

"Take your hands off New Zealand's economic machinery and, please, just leave the rest of us the hell alone"

Agreed. Let us get on with life, business, family, wealth creation, compassion, and community.

However, history would suggest that there is not much chance of that from Governments left or right.

Key is a bit like a lemming heading for the cliff. Shearer has only one thing to do to win the next election. Declare that Labour will nationalise, with no compensation, all asset sales.
With no written constitution or upper house this can easily be done by any government of the day. Indeed they could, with impunity, pass a law that every first born serve time on a Korean Fishing Vessel as a slave

I am intrigued. This sounds like a right wing rant against a Labour Govt.

Your economic prognosis of what would happen if Key did nothing is pretty optimistic in light of the state of the global economy.

Enough spending in Christchurch to alter that is by no means assured given the difficulties in getting insurance, the reluctance of landowners to rebuild in the CBD due to new regulations and the likelihood of severe limits on how high they can build.

We could see a big exodus of capital from there when the payouts are made instead of a rebuild on anywhere near the scale promised.

That's not to say there won't be any stimulus from the residential rebuild - just that it may be much smaller than you think.

At some time Key has to do what he was put into government to do anyway. That is to set the country for his rich mates to loot.

The tight election results means he has to pull finger and deliver now because he might not get another chance.

(Social Development Minister Paula Bennett said she didn't agree with those who said the only jobs available were demeaning and low paid.
Cleaning jobs and work in fast food restaurants were "noble" she said.)

So, now we're noble eh
Are you quite sure we're that way, with our mop and plastic tray?
What is this "noble" really,
what does Oxford have to say?

"Belonging to nobility, of lofty character or ideals"

well, that's a must for heating hasty fatty meals

undaunted if the men's urinal stank

and maintaining such a state until our graveyard shift has ended

"- Ah, he must be a cleaner, that imposing feller!"

"not tarnishing in air or water, not easily attacked by acid"

putting up with shit all day, while seeming placid

No, that's not our description.\
But it could be Paula Bennet's.

However, you may have underestimated the extent to which voters (here and elsewhere) have allowed themselves to be convinced that government debt lies at the heart of our economic travails.

Similarly, you may have underestimated the instinctive linkage that many make between the perceived problem of government debt and the perceived existence of large numbers of 'bludgers'.

I would like to think that I'm mistaken but I believe these mistaken perceptions to extend far beyond the extreme neo-liberal fringe.

So, from his perspective, Key will no doubt feel that he has to do "something".