The Journey: A Political Memoir. Posting No. 1 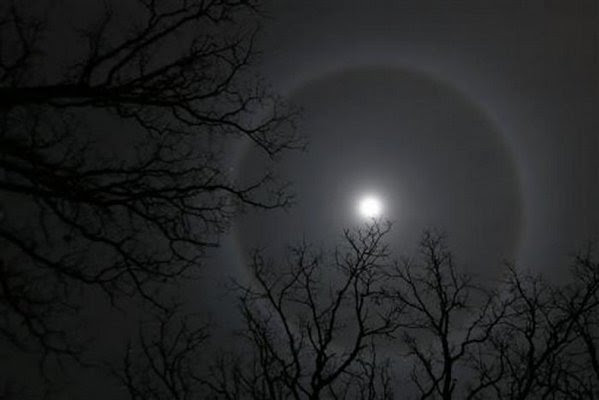 It was supposed to be a book about the birth of the NewLabour Party, but somewhere along the way it became the story of what led me into, and out of, the old Labour Party. With one eye on posterity, I have decided to publish The Journey: A Political Memoir on Bowalley Road as a series of occasional postings. My hope is that it will provide my readers and future political studies students with a glimpse of what it was like to be a left-wing Labour activist in the days of David Lange and Roger Douglas. L.P. Hartley wrote: “The past is a foreign country, they do things differently there.” May these memoirs, written in 1989, serve, however poorly, as my personal passport to the New Zealand of thirty years ago.

ON THE NIGHT of 31 August 1974 my brother and I were on the final stretch of a long journey to Motueka, a small coastal town on the north-west corner of the South Island of New Zealand. As we flashed into the headlights of the motorists who sped past on that narrow stretch of country road we must have presented the classic hitch-hiker stereotype. Long-haired and jean-clad; carrying heavy packs and the indispensable guitars; Hippies on the road to some far-flung commune; and light-years beyond the ken of these hard-bitten cockies in their dusty Holdens and Ford utilities.

I was just eighteen and the world was a beautiful place. Life was easy in the early Seventies. Wages were good and jobs were everywhere. It seems inconceivable now, from the perspective of a decade-and-a-half of rising unemployment, but all that thousands of young people like me had to do was buy a newspaper, pick up a phone, and there was a job for as long as you wanted it. We would work for a few weeks in factory, warehouse or office, until the bank balance recovered, or the boredom began to get to us, and then leave – just like that. It must have driven the employers crazy, but it was heaven for the young.

My brother and I had talked of many things as we wound our way up the South Island from Dunedin. The possibilities offered by the future seemed endless. Just days before, Richard Nixon, the bête noire of radical students and itinerant songwriters (as I liked to think of myself) had been forced to resign his office. Nothing seemed impossible. There was magic in the air; a Labour Government in Wellington; Bob Dylan’s Desire on the stereo: what could possibly go wrong?

The weather over our journey had been fitful. All along the West Coast we had seen rainstorms ahead of us, blown out of the moist air currents that swept eastward from the Tasman Sea to condense upon the heights of the Southern Alps, but somehow we had remained dry. Just when we thought the dark curtains of water were about to sweep over us, the wind would blow them somewhere to the north or south of our position. We began to think we were protected by a special providence, that we were untouchable.

As the number of passing cars dwindled and the night thickened around us, we began to walk. The surrounding countryside was silent and our voices carried far into the fields and windbreaks that flanked the road. A little way ahead of me my brother halted; staring skyward. Above us, shimmering balefully around the moon, was a perfect circle of light. My brother, a student of anthropology at the University of Otago, was intensely interested in Amerindian folklore.

The cars had stopped completely now and it was clear that we would not reach Motueka that night. Reluctantly, we pitched our tent under the pines and settled down to sleep. At nine o’clock precisely it began to rain. Our luck had run out.

One hundred miles to the north, in the capital city’s Mater Hospital, at nine o’clock precisely, the Prime Minister of New Zealand, Norman Kirk, was pronounced dead.

Our luck had run out indeed.

This posting is exclusive to the Bowalley Road blogsite.
Posted by Chris Trotter at 12:16

Sounds like you were journeying to the birth of ALCP not the NLP.

Dont rememeber the seventies quite as favourably as you Chris,had to sit on the wharf all night with the kids in the car while the Cooks and Stewards held their regular performance.A grey decade really,few luxuries,low wages and salaries, struggle bringing up a family, things did cost a lot more in real terms than they do now.I dont look back on the time with any joy or fondness, better off now.

Jeez, at one time I thought deep digging would be required regarding the often alleged medical misadventure surrounding Norm’s demise. In retrospect medical care in the 70s was pretty low tech for most, but still one wonders if his blokey denial of his well being was compounded at the end by ordered neglect.

Tangential comment, but looking forward to more from CT.

Well spotted Cricket! The "far-flung commune" we were headed for grew bountiful crops of "Motueka Gold"!

I think you're remembering the late-70s, Anonymous, not the early-70s.

The Oil Shock sparked by the Yom Kippur War of October 1973 had yet to fully register in NZ in August 1974. By 1975, however, it was hitting New Zealand hard.

The most immediate impact was on unemployment levels which rose rapidly to numbers unprecedented since the Second World War.

The unions did, however, manage to defend workers' pay-packets. You need to go back and take a look at the buying-power of wages in the 1970s - and then compare them with today. I think you'll be very suprised.

My wife tells me that, close to the start of her 12 year long OE, she was on the Ostende to Dover ferry, when a couple of young Belgian guys saw her New Zealand passport and respectfully approached with the news that Norman Kirk was dead. There were tears in one of the young men's eyes.

As my infinitely better half continues to say, New Zealanders are normally way off the mark when it comes to working out which of their leaders have overseas resonance.

I was on the Rangitira plodding across the Pacific when we got the message that Big Norm had died. Flags at half mast all the rest of the way.
Yep. The oil shock of the mid 70's was hard on Kiwis especially the workers. At least we had unions that actually looked after their members and didn't roll over when they were pushed.