Illogical: Mr Spock, reading the Enterprise's sensors, would find it difficult understand the reluctance of Planet Earth's political and economic elites to act on the incontrovertible scientific evidence of anthropogenic global warming.

MR SPOCK, the starship Enterprise’s ultra-rational Science Officer, would’ve had only one word for the Government’s procrastination over ETS:

Mind you, Mr Spock would have to utilise a fair swag of his impressive Vulcan intelligence to convince Tim Groser, easily the smartest man in John Key’s Cabinet, that, on the Emissions Trading Scheme, Government policy is running counter to our national interest.

Mr Groser, unlike so many of his colleagues these days, hasn’t the slightest of qualms about defending his position in the news media. His rather arrogant assumption: that he will not be bested by any journalist this country cares to throw at him; is, sadly, yet to be disproved. Hearing him defend Government policy makes me very glad that, as New Zealand’s Trade (if not its Climate Change) Minister, he sits on our side of the negotiating table.

And yet, even the talented Mr Groser is having difficulty justifying the Government’s decision to defer, yet again, the full implementation of this country’s “all sectors, all gasses” Emissions Trading Scheme.

How would those aboard the Enterprise see it? 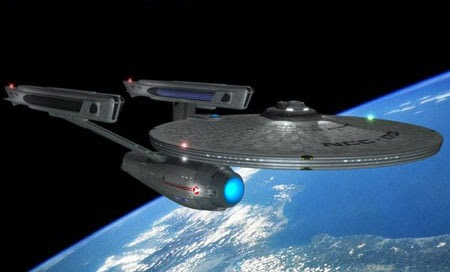 IN ORBIT, high above the earth, Mr Spock examines the readings of the Enterprise’s sensors, and shakes his head.

“There can be no doubt, Captain, that this planet is undergoing rapid climate change. The rate at which its polar ice-cap is melting, of itself, merits notification to the Galactic Science Foundation. You will also note these smoke plumes, characteristic of significant forest-fuelled conflagrations, on the smaller of the northern continents, as well as the sharply elevated temperature readings on its eastern seaboard.


“And yet, a cursory analysis of intercepted planetary communications suggests that its political and business elites are proving remarkably reluctant to heed the repeated warnings of their scientific advisors. Such consistent evidence of psychological denial among so many responsible individuals is troubling, Captain, and puzzling.

“I have found only one political entity willing to advance an all-encompassing scheme for reducing its carbon and methane emissions. It is located here, in the lower reaches of the planet’s southern hemisphere. Clearly, at some point, its political and business elites responded to the scientific evidence and formulated a scheme for reducing their country’s emissions. And yet, for some reason, they keep delaying its comprehensive implementation.”

“Perhaps they’re afraid of getting too far ahead of their neighbours”, replied Mr Spock’s commanding officer and friend, Captain James T. Kirk. “The planet’s crudely competitive economic system would likely penalise any nation state that imposed excessive costs on its major export industries.”

“Illogical, Captain. This relatively small nation’s long-term economic interests can only be served by aggressively challenging the hesitation of its much larger trading partners. It’s remote location on the planet places it at an extraordinary disadvantage. As the effects of accelerating climate change take their toll on the human populations inhabiting the larger land masses, the planet’s complex webs of communication and transportation will begin to break down. The citizens of this nation will find themselves isolated at the bottom of an increasingly torrid world.

“Their only logical course of action, Captain, is to provide the global population with a powerful demonstration of the measures necessary to retard the climate trends already threatening the planet’s higher life forms. If their elites believe the science, they must act. Yet their constant procrastination signals only doubt. It’s tantamount to declaring that the crisis is not yet acute; that there is time to spare. But their scientists already know that this is not correct.” 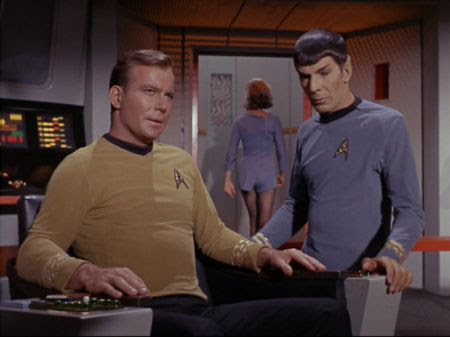 "They're human, Spock, all too human."

“They’re human, Spock, all too human. Your Vulcan half cannot fathom how such an intelligent primate can behave in ways so damaging to its chances of long-term survival.”

“It is certainly difficult, Captain.”

“Believe me, Spock, when I say that if we were to hit their largest cities with photon torpedoes, human civilisation would unite in a second against the common enemy. They’re genetically programmed to resist immediate dangers, Spock – not slow motion threats.”

“Then I fear, Captain, they will not survive.”

This essay was originally published in The Dominion Post, The Otago Daily Times, The Waikato Times, The Taranaki Daily News, The Timaru Herald and The Greymouth Star of Friday, 6 July 2012.
Posted by Chris Trotter at 06:35

And if the ETS were fully implemented, what then? Until someone can show us where the money will go and how it will be spent (rather than vague promises of tree-planting), it will continue to be viewed by ordinary folk as just another assault on our pay-packet.

To think that taking money off people in the street and giving to foreign based forestry owners will actually help the planet in some way is simply weird.
I think Spock would know that his instruments were faulty. He would proably suspect that there was some strange religion down there - and he wouldn't be far wrong.

Jigsaw is correct the ETS is a daft idea - not for its objective but for its form. This reliance on "the market" is what has got us into this and a number of concurrent other messes. It's only purpose is to allow us to be conned one more time.

A carbon tax that is applied to solutions that are not yet economic but need to be established or have their capability increased before they are necessary - broadband, coastal shipping, rail renewable energy, energy self sufficiency and energy efficiency, even restoring a core of essential capabilities to our manufacturing sector.

The ETS is simply an excuse also for incompetent governance - these guys just apply the pixie dust of "the market" and hope that the problem will go away - while their mates make some money out of the process of course - and then they can pass the buck to "the market" when things go wrong.

Spock would see the emissions trading scheme for what it is.

He would know only three groups of people support it

First there is the fools - the environmentalist who genuinely think the market can solve a problem it is responsible for creating.

Second there is the crooks who will benefit from the various scams associatied with carbon trading.

Finally there are the politicians, be they National, Labour or Green who want to pretend they are doing something but are not brave enough to tackle the cause of emissions - capitalism.

Spock would see through the climate change hoax instantaneously.

"They’re human, Spock, all too human. Your Vulcan half cannot fathom how such an intelligent primate can behave in ways so damaging to its chances of long-term survival by choosing socialism.”