A Short-Lived Illusion: Assessing The Impact Of The Maori Party 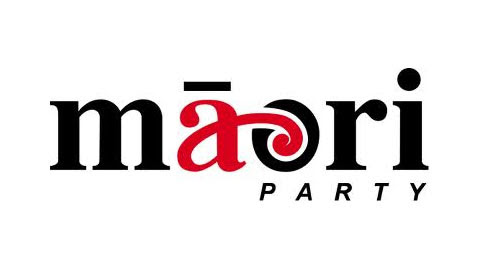 
THE SWING VOTE. With the formation of the Maori Party in 2004 many Maori looked forward to wielding a permanent “balance of power” over New Zealand politics. With the Maori birth-rate considerably higher than the Pakeha, the wisdom of enrolling on the Maori Roll was thought to be obvious: a demographic guarantee of many more Maori seats. The Maori Vote, overwhelmingly loyal to the Maori Party, would thus become the decisive factor. Neither National nor Labour would be able to govern without its support. The potential for advancing Maori interests seemed limitless.
Eight years later, the political prospects for Maori have significantly diminished. The Maori Party is a dwindling political force, riven by personal jealousies and ideological confusion, and likely to lose at least two (and quite possibly all) of the three Maori Seats it currently holds in 2014.
The two parties most likely to pick up the seats of Te Tai Hauauru, Tamaki Makaurau and Waiariki: Labour and Mana; are both positioned on the left of the political spectrum, making them ideological non-starters as potential National Party allies. The Maori Party vision of constituting a permanent, ideologically agnostic, component within all future coalition governments has vanished. The Maori Swing Vote, it turns out, was a short-lived illusion. Why?
The answer lies in the misapprehension that ethnic identity alone is an unqualified determinant of political allegiance. The founders of the Maori Party: Tariana Turia, Pita Sharples and Professor Whatarangi Winiata all appeared to believe that simply placing the word “Maori” in front of the word “Party” was enough. Regardless of which social class they belonged to or how much education they’d received, and putting aside all personal experiences and aspirations, the Maori voters’ “natural” cultural affinities would make them unwaveringly loyal Maori Party supporters.
For a few years it looked as though the Maori Party leadership’s assumptions were substantially correct. By 2008 the party held all but two of the Maori Seats and the prospects seemed good for capturing all seven. But the cultural glasses through which the party insisted on observing the Maori electorate had failed to register the brute political facts of their situation.
In the quarter-century since the breakthrough Court of Appeal decision establishing the notion that the Treaty of Waitangi establishes a “partnership” between the Pakeha State and Maori, cultural considerations have increasingly been deployed to mask the embarrassing social gulf which has opened up between the elite wielders of tribally-based, Treaty-settlement-funded corporate power; the narrow layer of well-educated and well-remunerated functionaries who service that power; and the expanding mass of urban and rural Maori who eke out a marginal existence within a New Zealand economy that, increasingly, has little to offer them.
It was the Maori Party’s misfortune to enter into a confidence-and-supply agreement with the National Party just as the Global Financial Crisis was hurling tens-of-thousands of young Maori into joblessness and under-employment. Foolishly, Mrs Turia and Dr Sharples had allowed the overwhelmingly working-class Maori electorate’s eighty-year association with Labour and the New Zealand Left to slip their minds. Of the five Maori Party MPs, only Hone Harawira seemed to appreciate the tremendous damage their association with National was inflicting on the notion of permanent Maori participation in government.
The result was the Mana Party, whose pursuit of the bi-cultural ideals of the 1970s is predicated on first meeting the material needs of Maori and Pakeha working-class New Zealanders. Only when the marginalised, exploited and excluded of both communities have ready access to good jobs, warm and dry homes, and well-resourced hospitals and schools will Mana’s decolonising policies attract the mass support necessary for their success.
The Maori Party’s ambition of exercising a permanent swing vote over New Zealand politics was as short-sighted as it was undemocratic. Throughout human history the universal cry for justice has always attracted more followers than the mystical whisperings of blood and soil. In the end, it isn’t our ethnic origins that determine our electoral choices – it’s our all-too-material interests.
This essay was originally published in The Dominion Post, The Waikato Times, The Taranaki Daily News, The Timaru Herald, The Otago Daily Times and The Greymouth Star of Friday, 4 January 2013.
Posted by Chris Trotter at 09:00

"...Throughout human history the universal cry for justice has always attracted more followers than the mystical whisperings of blood and soil. In the end, it isn’t our ethnic origins that determine our electoral choices – it’s our all-too-material interests..."

A statement of the obvious, but something will set the identity politics hounds on to you with cries of RACIST!

The Maori Party. Too greedy for their own good...

Every actor must walk across the stage of history. The Brown Table's political elite have had their day, and are now exposed as the contemptous self-serving people they are. The only good thing to come of this is the sharpened class understanding for Maori that created the Mana Party. The next cab in the NZ's political rank is the Green Party, which is becoming 'electable' at the same rate with which it dumps it's previous principled positions on climate change, social equality, financialisation, etc. Regardless, I will still be voting Green, so that cross-class dead end can run it's course. Once the Greens have had their day, then NZ politics will be truly interesting as the rich will have no ideological fig-leafs left to disguise the predations and machinations of a dying capitalist system.

The one great service the Māori Party has done New Zealand is to illustrate the paucity of identity politics as applied to the parliamentary setting in this post colonial class society.

How true. How very true.

I agree with the basic ideas you present but I think that you have forgotten a few important aspects. The first is the concept of tribalism that both main political parties have been encouraging for the last 40+ years
-in direct contrast to the older Ratana movement. This leads to tensions within the Maori Party-tensions that are frequently not obvious to the media -as if they could be bothered- or the public but are still there beneath the surface. The second, as you so rightly observe is that just because someone is ethnically Maori doesn't mean they will vote a certain way. Derek Fox was a great advocate of the view that once a majority of voters had some Maori blood the rest of us were doomed. Truth is that there is a ever expanding Maori middle class out there that votes in the same diverse ways as the rest of the country.
Mana will never be a power in the country with the present leader-he simply lacks the ability in virtually every aspect needed to be real leader. He is totally inept in the house as an example.
An ethnicly based party was and is a dreadful idea!

I have a simple question: why is NZ so obstinately right wing?

I am perforce to disagree with your comment that Labour is positioned on the Left of the Political spectrum. They are not instead they are centrist with an often nudge to the right. The issue with the last election was people had a choice in regard to the two major parties: Gnat or Gnatlite.
Mana and the Greens are positioned on the left and that is why they picked up more votes taken from Labour.
People assumed the the Maori Party would be 'Leftish' - wrong! Sharples and Flavell are so right wing they are off the planet. That is partly why that party has lost much of it's backing.
If Labour wants to be a force to be reckoned with in the next election they MUST get back to their grassroots and start supporting the ordinary working class people again. That way we have a genuine opposite political party to the right wingers in power now. As it stands Labour stands to go the way of the Country Party back in the thirties.

You're being too generous to the Maori Party. It was started because of Turia's personal vendetta against Helen Clark; the resulting burning of the bridges to the left meant that the Maori Party could only ever be either isolationist, or else Tory collaborators. They went down the latter road.

One good thing to come from the Maori Party and its relationship with National is that it has stalled National's awful obsession with Maori bashing. The Don Brash era was perhaps a real low point in New Zealand's race relations. For some reason Maori bashing seems to win over some of the dumb/ignorant white middle class voters...National use it as a tool (as do Act). It has been good to see less of this lately.

You've come to the realisation that NZ needs a constitution drawn up by an 'egalitarian' respect for each individual, so we are not at the mercy of political gamesmanship. Excellent stuff.

NZ is actually shamelessly left wing, all the way down the line.
It is all through government and all through society.
PC'd till we choke.
National is slicing NZ into little pieces.

Yes Don Brash saying that we all should be equal before the law was such an awful thing.....yeh right!

Pity Brash didn't make his comments when Maori were being actively discriminated against. He was certainly old enough. Typical though, Pakeha are quite happy with discrimination till it touches them.

Amazing that you can label all of one ethnic group with your own perception of their values. No wonder we are in such deep do-dos racially. Separate Maori seats was discrimination then?

The very fact that you can think that revenge for past real or perceived discrimination is the basis for the future of this country is a very sad thing indeed.

Compensation, not revenge. There's a difference. The very fact that people were comfortable with discrimination against Maori and excused/ignored it is sadder. Matter of interest - did you protest it? Did you even know about it?