Party-Wide Vote No Guarantee Of Shearer (Or Cunliffe) Victory 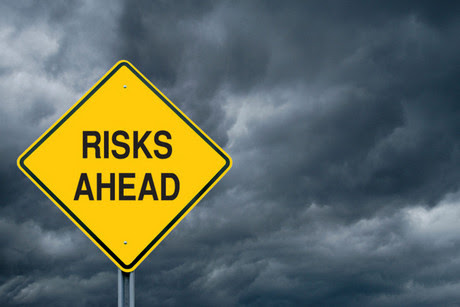 Reading The Signs: An early leadership vote in Labour's new Electoral College poses as many political risks for David Shearer as it does for David Cunliffe. It would be cruelly ironic if the two leading contenders were to beat themselves to death for the benefit of a third - Grant Robertson.
AS FEBRUARY’S scheduled leadership ballot looms, Labour Leader, David Shearer, and his rival, David Cunliffe, have some tough strategic decisions to make.
Since last November’s Annual Conference and its controversial aftermath many Labour members have demanded that the February vote be transferred from Caucus to the party’s newly-established Electoral College. Only in this way, they argue, can the sins of David Shearer and his minions be washed away. The unspoken assumption behind these dissidents’ demands is that the Electoral College will return not Mr Shearer but Mr Cunliffe as Labour’s leader.
Now we learn from the pseudonymous “Eddie”, writing at “The Standard” – New Zealand’s third-largest and Labour-leaning blogsite – that Mr Shearer may be preparing to call Mr Cunliffe’s supporters’ bluff by giving them the Electoral College vote they’ve been clamouring for.
Though indisputably a bold and potentially game-changing move, Mr Shearer cannot be unaware of the many and serious strategic and tactical risks associated with this course of action.
The most obvious risk is that once an Electoral College vote is arranged the likelihood of the contest being limited to just two candidates is extremely remote. Once the process is set in motion, Mr Shearer’s supporters have no way of preventing Grant Robertson or Andrew Little from adding their names to the ballot paper. Should that happen the political calculations immediately become much more complex.
Labour’s new Electoral College is required to tally the votes cast by the Parliamentary Caucus, Ordinary Members and Trade Union Affiliates and then re-calculate the results so that the votes of the Caucus account for 40 percent of the total, Ordinary Members 40 percent, and Affiliates 20 percent. Whether the contest will be decided on the basis of a simple plurality of the votes cast, or according to some form of preferential voting system, is not yet clear.
If it’s the former, then the margin separating Mr Shearer and Mr Cunliffe is likely to be very narrow. But if some form of preferential system is employed, then neither Mr Shearer nor Mr Cunliffe is assured of victory. Supporters of the principal contenders are most unlikely to put their candidate’s rival anywhere but last on their list of preferences. Mr Shearer and Mr Cunliffe could thus face early elimination, leaving the field to Mr Robertson and Mr Little. The smart money in that fight would be on Mr Robertson.
Demanding the leadership question be decided by the Electoral College in February 2013 is, therefore, the worst possible move Mr Cunliffe’s supporters could make. Because even if he emerged victorious from the calculations of the Electoral College, Mr Cunliffe’s problems would be far from over.
His greatest challenge would lie in persuading those colleagues who have repeatedly demonstrated a quite irrational animosity towards the New Lynn MP’s leadership ambitions to swing in behind the Electoral College’s choice. If their past actions are any guide, the “Anybody But Cunliffe” faction would immediately set about undermining Mr Cunliffe’s position. Secret caucus debates would be repeated verbatim to favoured members of the Parliamentary Press Gallery and senior Labour MPs would not shrink from vicious public criticism of their leader’s favoured policies.
Such a public display of political disunity would very quickly reduce Labour to a laughing-stock. Subjected to unrelenting media criticism and with its poll numbers collapsing the Cunliffe-led Opposition would be judged to have very little to offer the electorate.
Labour’s leadership, secured too early, is, therefore, much more likely to destroy, rather than enhance, Mr Cunliffe’s chances of becoming Prime Minister. The gift they are most anxious to bestow is, paradoxically, the gift Mr Cunliffe’s followers should, for the time being at least, withhold.
Mr Shearer, too, should think very carefully before confirming “Eddie’s” rumour. It was, after all, the same pseudonymous writer who kicked off all the discussion about Mr Shearer’s leadership deficiencies immediately prior to last year’s Conference. That discussion, which suddenly (and without justification) morphed into the media-driven accusation that Mr Cunliffe was mounting a leadership challenge led, in turn, to his savage relegation to the back-benches.
I have learned that at about the same time as “Eddie” was mounting his first assault against Mr Shearer, a representative of at least one of the trade union affiliates was sounding-out fellow unionists’ opinions of a Robertson candidacy. (It is important to note here that Mr Robertson emphatically denies any involvement in, or knowledge of, such soundings.)
Now “Eddie” is at it again. Were Mr Shearer to allow himself to be goaded into an early vote in the Electoral College it is possible – indeed it is quite likely – that both he and his most serious rival, Mr Cunliffe, could find themselves manoeuvred out of contention.
It would be cruelly ironic if Mr Shearer and Mr Cunliffe were to beat each other to death – for the benefit of Mr Robertson.
This essay was originally published in The Press of Tuesday, 22 January 2013.
Posted by Chris Trotter at 10:40

You express a lot of fear in your article; fearing what might result from certain decisions, yet there are a few questions to be answered in relation to the issues you raise.

What might result if these decisions are not made?

Is it worth risking decisiveness and action or is it better to leave things as they are?

You mention Labour "might become a laughing stock". Have you considered the possibility that it already is? This deliberating has been going on for years and all I can see is ineffectiveness and inaction based on fear of criticism.

You mention the problems with a member-wide vote, yet what arises in my mind is that these people who would be voting, I suspect, are more politically aware and savvy than the "general voter", so perhaps some of the fears you relay may not be valid?

I could not think of anything worse than having pompous old Cunliffe as PM. Key has been hard enough to take, Cunliffe would be worse. Can't imagine the old stand in Labour liking it either, somehow.

Such limp wristed, pale, excused for male leaders we have in NZ these days.

In short, I think you are saying David Cunliffe has time on his side. I wholeheartedly agree. He is a relatively young person and he can afford to wait... wait until his caucus enemies have departed the nest. It might not be that far away.

Cunliffe does not deserve to be leader. He failed to give Phil Goff the support he deserved as leader; and Goff very nearly pulled off an election victory.

If Cunliffe defeats Shearer, there will be an opponent to Labour from now to the elections.Labour voters do not want Cunliffe at this stage. I would not support a Cunliffe led labour party. I would most likely support Mana.

I would question the wisdom of Mr Little, throwing his cap in the ring for the leadership, as it would polarize the affiliated unions vote in his favour,(one would surmise)and capture 20% of the available numbers.

Surmising that he, and say Mr Robertson, were to stand on the same ticket for leader and deputy, it would not find favour from within the feminist ranks of the Party, and also for the more prevalent these days anti union factions within Labour.

The New Zealand Labour Party cannot be salvaged. We need another vessel crewed and skippered by those able to weigh anchor and navigate a passage through to less clogged and murky waters.

I think I just heard on RNZ that Cunliffe has just announced he will not stand in February.

"Cunliffe does not deserve to be leader. He failed to give Phil Goff the support he deserved as leader; and Goff very nearly pulled off an election victory."

It can scarcely be claimed that Goff almost pulled it off. The election result looked close mainly because both the Greens and Winston both exceeded expectations.

I still think Cunliffe a better option than Shearer. If the latter has to conduct him, the next two self like some Mafia Don in order to cement in his leadership, the next two years are likely to make the rest of us cringe.