Should Journalists Have To Declare Their Ideological Predispositions? 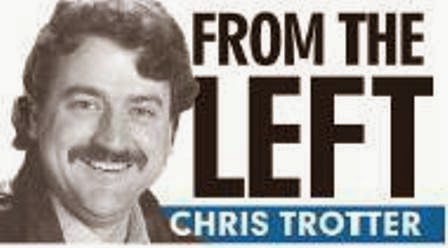 Helpful Hint: Nobody reading my own newspaper columns has ever had to waste any time working out from which side of the political divide I draw my inspiration. Would we be better or worse off if all journalists' work was so clearly identified?
IF YOU’RE READING this column you know already that it’s coming to you “From the Left”. You are, therefore, free to absorb its contents with a rare foreknowledge of its author’s ideological predispositions.
But how often can you say as much? How many of the stories, columns and feature articles published every day carry such a useful consumer warning? And how easy is it, Dear Reader, in the absence of such a warning, to discern how those stories, columns and feature articles have been put together and why?
Because, make no mistake, everything you read, watch and listen to, every newspaper article, television programme and radio broadcast, has been carefully constructed by an individual, or individuals, working consciously, or unconsciously, from well-established ideological predispositions.
The information a journalist decides to include in a story is very often less important than the information he or she decides to leave out. Indeed, this is almost always the case. Because in any “newsworthy” event there will always be many more details and contributory causes than a journalist’s employers could ever possess either the time or the space to relate.
A few mornings ago, for example, I listened to a correspondent reporting on the referenda on regional autonomy that had just taken place in Ukraine’s eastern provinces. His report concentrated on irregularities in the way the referenda were conducted. He then linked these irregularities to statements from European Union and United States officials in which the “Russian-backed separatists’” referenda were angrily condemned as “illegal”.
Another journalist, reporting from the same country, might just as easily have started her report by reiterating the illegal status of the government in Kiev. She could have pointed to the presence of the overtly fascist political formations within the Western-backed regime and linked this to the determination of ethnic Russians and Russian-speakers to protect themselves by voting in hastily organised referenda for regional autonomy. After all, these so-called “separatists” are living in territory which had, up until 1922, been part of Russia-proper.

Hero Or Villain? It depends on which facts journalists choose to put into their stories about the crisis in Ukraine, and which they decide to leave out.
What made the media outlet I was listening to choose the first report over the second? Both are constructed out of facts which, thanks to Google and Wikipedia, are readily checkable. And yet, the Ukraine which emerges from the way these facts are either included or excluded differs wildly. In the first report the referenda symbolise illegal Russian-backed separatism. In the second, the referenda represent East Ukraine’s determination to protect itself from Western-backed fascists in Kiev. In the end, it probably came down to the news editor’s ideological predispositions.
Or, alternatively, the news editor made a rational assessment of the way his bosses would react to his broadcasting the second report, and opted for the first. Such self-censorship is extremely common, reflecting the fact that individuals are not the only things with ideological predispositions – institutions have them too. And if you would discover the political direction of an institution’s bias, just find out who pays the bills.
In the light of the recent report on political bias released by Television New Zealand, the question of a journalist’s ideological predispositions has acquired an unusual moral salience.

Shane Taurima: Conflict of interest?
Mr Shane Taurima was forced to resign from his job at TVNZ because he allegedly failed to adequately separate his political ambitions from his statutory obligations, as a public broadcaster, to be politically neutral and only broadcast news and current affairs that is fair and balanced. TVNZ plans to avoid any future suggestion of political partiality by requiring its news and current affairs staff to declare and relinquish any existing ties and/or affiliations to political parties.
But, surely, this can only be regarded as a mixed blessing? At least an open declaration by all TVNZ journalists of their ideological predispositions would allow viewers to judge their output with a greater understanding of what kinds of facts they are more likely to put into, and leave out of, their stories. Just like the readers of this column, TVNZ’s viewers would then be able to calculate an appropriate political discount.
The Law may require our public broadcaster to be fair and balanced, but the Law can’t be there to witness what goes into or gets left out of everything we see.
Would we not be better served if all journalists were required to identify themselves as coming “From the Left’ or “From the Right”?
This essay was originally published in The Waikato Times, The Taranaki Daily News, The Timaru Herald, The Otago Daily Times and The Greymouth Star of Friday, 16 May 2014.
Posted by Chris Trotter at 12:38

I have come to prefer the British or American systems, where major news outlets' political sympathies are overt. The New Zealand pretence of evenhandedness is just that. Particularly galling is the propensity of the public face of the press, ie its editors to pontificate about their role in society as if they are some sort of check or balance. Pure bullshit.

Assume 99.9% of those passing for journalists in NZ these days are pre disposed to the hand that feeds them until they prove otherwise.

Few have proven otherwise in recent history. “Freedom of the press belongs to them that owns one” Unionist Bill Andersen used to say prior to the digital era paraphrasing a newspaper industry saying.

Does it matter.Some comentators are quit blatant about their political leanings by their words and interveiw style.Hoskins, Woods and Henry are obvious in their political leanings.Then you have another like Plunket,who claims to hold the moral high ground that jouralists should be non politicaly bias,so high is his moral road he claims,not to be a member of a political party,and never votes.

Your bias Chris shows not only in your declaration but is reinforced by your selective reporting of facts to give a misleading outcome that serves your purpose.

The TVNZ report makes it quite clear that Taurima's "crime" was the misuse of corporate resources (time, email and meeting rooms), the misappropriation of corporate funds (ie the airfare) and misrepresentation of his position when he undertook that his focus was on work rather than politics.

This paints a bit of a different picture from your claim that " ... he allegedly failed to adequately separate his political ambitions from his statutory obligations, as a public broadcaster, to be politically neutral and only broadcast news and current affairs that is fair and balanced."
I suppose if you set out to prove a point in your article you succeeded admirably but you should be challenged when you make shit up.

Brian Edwards similarly described Taurima's exit as an honourable and decent resignation rather than a pre-emptive jump to avoid being sacked. I don't agree with him either.

"From the left" and "from the right" are far to limiting. I suspect many journalists would consider they are closer to the centre.

Politics is far from binary.

Sorry but I don't need any declaration from a journalist to say which side of the political fence they sit.
All I want is intelligent journalism and the option to make up my own mind and who knows, there may be something new to make me change my mind.
I certainly don't need the Nanny State labeling what and who's left and who's left right out...

The story seems to be, as I heard it from a journalist, that many of the younger journalists are left-wing but the further up the food chain you get the more right wing they are. Like that arse they have on TV one's after news news program – neither of the names of which I can be bothered to look up, and Paul Henry, who I don't have to look up because unfortunately he is one of those things you can't 'unsee'.

My characterisation of the events leading up to Mr Taurima's resignation does not differ in any remarkable way from that of just about every other journalist who has covered the story.

Since you are new to Bowalley Road, I'll let you off with a warning this time.

But if you use that sort of language again your comment will simply be deleted.

The Bowalley Road Rules are there for a reason.

While Geoff Robinson was still on Morning Report, there was at least a bit of political neutrality. Now with Robinson gone and Guyon Espiner in full voice Morning Report has become little more than a National Party mouthpiece.

With a few notable (and honourable) exceptions, the reporting here of events in the Ukraine has been of this sort. It infuriates us.

When I'm feeling charitable, I think that it may not be bias so much as a general ignorance and lack of interest on the part of most journalists about the Ukraine, combined with no time to do any proper investigation of their own. They accept what the CNN, or - shamefully - the UK media, tells them is happening.

And of course the public who read this stuff accept it uncritically; many's the debate I've had with people who've indignantly asserted that "Putin's behind it all!". Where's the evidence for that, I ask? They can't answer, they just repeat the US line.

One member of this household leaps for the "off" button now whenever reports like that to which you refer are broadcast. There's only so much of it one can put up with.