Other People's Secrets: How Important Are The Panama Papers To New Zealand? 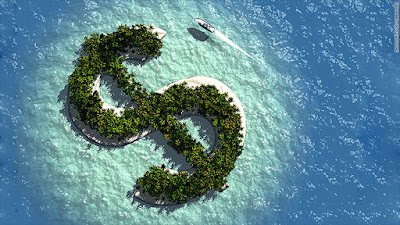 The evidence appearing from reputable and knowledgeable investigators seems to show that NZ is not even on the page. But then, the envy of the socialist of even the moderately successful passes all belief even though it is the income from the successful that funds their often lunatic scheme.

Unless there is actual proof against what John Key is telling us then most Kiwi's will support him.
They will also pour scorn on those who attempt to malign him.
John Key is adroit in his personage and politics.
I would be aghast if that adroitness did not concur in his personal finances.
John Key's estimated wealth of $55M is peanuts to the estimated wealth of Kim Dot Com who attempted a coup on John Key by a rort in the MMP voting procedures.
In my opinion the Panama papers will bring to light more people of KDC's ilk than they will of John Keys ilk.
Chris, this well written piece is your second blog on this matter in the last week or so, unless proof against John Key is produced then I am afraid it is a non story.

Couple of things. It's really interesting to know that this whole thing could have only blown up to the extent that it did due to computerised banking. Otherwise, the wine box simply wouldn't have been a big enough.
I'm also not sure that Key wouldn't have done something like this. He might be very cautious in politics, but you know – it's not illegal – is it? That's what various conservatives I know keep saying.
But then I think conservatives don't really care about the things that are paid for by taxes, often the things that help them make their money in the first place. They're quite happy for those to be paid for by 'the little people'.
I once posted a question on Salon – rhetorical question – but I said "How much money do these people need?"
Someone replied "All of it." And I think there was much truth in that.

Hi Chris
I don't think the Icelandic Prime minister resigned so much because of having acted illegally ; but being caught in a lie .
The scandal highlighted by these papers is the reciprocal laws established by governments, in cooperation with other governments ,to provide a mechanism enabling the wealthy internationally to legally avoid paying any tax. Tax is something for the ignorant masses to pay not the elite. All the high ranking participants will be well within the law. They made the laws for the specific purpose to which they are putting them.
Cheers David J S
P S thanks for minimising my recent blunder Chris

We all know the saying "where's there's smoke there's fire" which often has a lot of truism to the situation.
In this case I do not see any smoke though I do see a lot of hot air.
Andrew Little is loquacious on the matter though looks forlorn, bereft and lost.

Criticism of John key must come from the political Right before the public will believe Key is crooked.

When I lived and worked in London, I worked with an amiable & harmless fellow who, it turned out, did just that on weekends.

That said, I'm sure, as a result of his global banking connections, Key pays for the best tax and legal advice in the world and this advice will take him to the edge of the law anywhere in the world.

And the fees Key pays will include the strictest of confidentiality.

Tolstoy asked the question: how much land does a man need?

Looking at our political leaders with regard to tax avoidance is to rather miss the point. Tax can only be avoided on income / assets if individuals who might avoid their taxes actually have this income / asset stream. Key earned megabucks and has probably paid megabucks in tax. He would not be alone amongst the wealthy in resenting the amounts paid as a proportion BUT I wonder how often does he, or others of the super rich stop to ask the alternate question which is "How did I manage to capture such disproportionate earnings compared to the 99%?"

The point we are missing focusing in on tax avoidance is that we as a society don't have enough wealth to spread the tax take across the whole without an over reliance upon excessively taxing the wealthy (which may be right or wrong depending on your viewpoint). When a tiny minority have captured a disproportionate amount of the total wealth it means that the rest of us don't have enough income to pay the tax required. My contention is that income distribution is the core issue we are faced with, tax avoidance is merely an indicator of this problem.

Nick. Kindly define "excessive". Some of the rich seem to feel that any tax is excessive.

They do indeed, I think that comes with the wealth. Excessive is interesting. ...take too much and you kill, take too little and they get gorilla sized bank accounts. My take is simpler, if we ensure that those doing the work are paid fairly the rich won't have so much to tax. Of course then there are the subjects of rentier investment and capital gains....don't get me started.

It's always informative how some on the left are so certain the rich always try to cheat or avoid paying tax.
It tells me that clearly that is what they would do given the chance.
I expect the parallel is some rich always thinking the beneficiaries waste all their money on booze and fags.