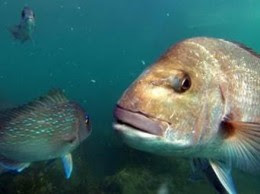 Actually Sir Tepene did not coin the phrase "charismatic megafauna" - it's an actual technical term https://en.wikipedia.org/wiki/Charismatic_megafauna

Whenever humans stumbled on a unique ecosystem they hunted the mega fauna to extinction. Then Maori discover PR and turned that story on it's head.

Chris, a wonderful piece of writing and viewpoint, I concur with every word and sentence.
Andrew little's and Labours cowardliness is something which first showed itself to me when they did not contest the Northern by-election with the excuse that Winnie would give John Key a black eye, well he did but in the process Little and Labour lost faith with the voting public, the polls refuse to rise for them.
Andrew little's real position on that by-election was that he personally came first, second and third and Willow Jean Prime and labour party activist came fourth.
Andrew Little is a bureaucrat / lawyer who has all had positions of leadership managed for him, from EPMU National Secretary to Labour party president to Labour's candidate in New Plymouth ( managed by EPMU union organisers).
It would seem that under Little, labour's MP's have all caught the virus "Reflexive Left Syndrome" in a very bad way.
They will probably attempt the TPPA non solution by having a bob eachway.
I miss Sandra Lee, so does our country
Come on the Greens, 'the Nation needs you'.

"Actually Sir Tepene did not coin the phrase "charismatic megafauna". "
That doesn't erase the sneer behind his use of the phrase.

Now unknown at 18.29 (the after dinner speaker) has put us right on who invented the latest fishy catch-phrase perhaps we can now consider the main fillet of the subject, the new proposed fish sanctuary. Forsaking all others, just sticking to the point, seems a challenge for many didactic commenters.

(I make an exception for me of course, as I like to put the odd satirical quote or video clip, with the idea of mimicking chaos theory practice.)

Thanks Grey. I will state my position. ...I'm for the fish sanctuary. There should be more and I don't give a fig about politics of colonialism, ethnicity, economic theories and practices etc. Humans need to protect the environment from ourselves and if I'm not mistaken both Crown and Maori consist humans.

Reflexive Left Syndrome! Nice wording, surely related to or the same as such things as political correctness as practiced by what is now referred to as the Regressive Left. The common trait is doctrinal pristine responses rather than reasoned and labelling / damning any dissent.

NickJ
You mightnt see this but I want to say you are right on in your summing up of the Regressive Left's traits.