"Different From You And Me": Some Thoughts On The Panama Papers. 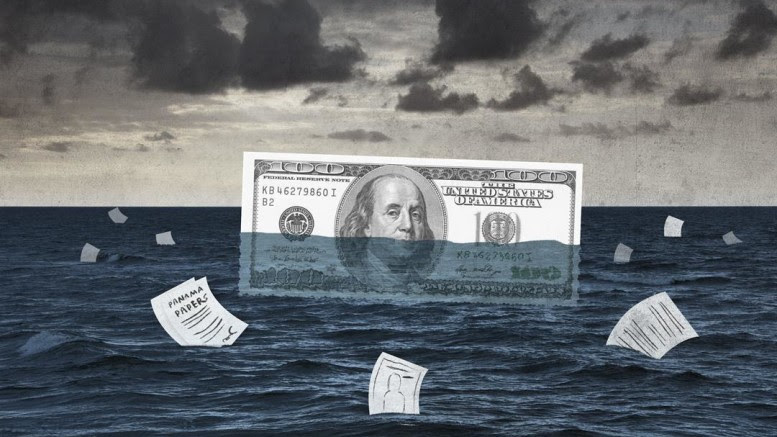 And, if we’re honest, don’t we find the unrepentant arrogance of the 1 Percenters just a teeny bit thrilling?
Er... no. Catching them and putting them in jail – now THAT would be thrilling. With a touch of schadenfreude.

And wasn't the reply to“Let me tell you about the very rich. They are different from you and me.”
– "Yes, they have more money."? :)

Personally I think a better quote would have been, "only the little people pay taxes." :)

My friends Grandson works for a bank. He works 2 weeks on and then they fly him anywhere in the world he wants to go for a couple of weeks. I thought of John Grisham's The Firm.
I had an ex merchant banker as a tour leader "I wasn't averse to having a bob each way on myself when I was young" (he would say). He didn't like a bus driver giving a commentary (it bothered him for some reason).

You can bet your boots those buzzing around Alan Hubbard knew those better than average results (that made him a magnet for peoples money) were shonky.
....

Once worked together at race meetings throwing trestles up on trucks, boxes of crockery etc. One becomes ambitious property lawyer. Other is excited at having bought first house, calls acquaintance: "how much is it?" "$43,000" "Not interested!" says a Rumpole voice (slams phone down).

Chris, what has John Key's wealth got to do with anything?. Is it a crime to be rich?. You are rich compared to many NZ'rs and most people in the world!.

New Zealand people, it's Parliament, it's business and financial sectors are all indifferent.

Across the rest of the world this is a big story in some countries and international business's.

After that, the rest of the world is indifferent.

And the National Party and its over-privileged elite think they are so superior to the rest of us? Yeah right!

The 'greenback' in your image does not seem soggy, actually remarkably waterproof. Have they coated it, indeed sprayed the whole of the USA, with this 'superhydrophobic spray-on coating':
(https://www.youtube.com/watch?v=7is6r6zXFDc

This means that it never needs cleaning, always manages to come up shiny and perhaps the august gentleman on the monetary note, smiling. Perhaps they will invent hydroponic systems for growing such notes, or form them with holograms? Exciting isn't it what modern professionals can fashion out of seemingly thin air.

If the air gets thicker, more polluted say, will it enhance or detract from this advanced development?
https://www.youtube.com/watch?v=7is6r6zXFDc

I did a rather sombre comment yesterday starting off with an Eat the Rich clip, moving onto Peter Greenaway's film on 'strange food' on The Standard.
I thought it made an interesting visual feast!
http://thestandard.org.nz/obama-calls-for-international-tax-reform-what-will-key-do-now/#comment-1157229

Not necessarily. We're not talking about being rich as such, but the sort of attitudes that have them refuse to pay their dues, much of which goes to the infrastructure that enabled them to build their fortune in the first place. They are simply a selfish pack of bastards.

Ha Haaa !!! Like the Bertie Wooster-to-Richard Roper reference, Chris. Hugh Laurie, of course, playing Bertram Wilberforce Wooster back in the early 90s, with Stephen Fry as Jeeves. Just watched a few episodes on Youtube a few weeks ago (first time in more than 20 years).

I must say I am with Chris as against Guerrilla Surgeon: I do 'find the unrepentant arrogance of the 1 Percenters just a teeny bit thrilling'. I disapprove , of course, but I am not as immune as Guerrilla Surgeon appears to be to the ideological influences of the of the age.